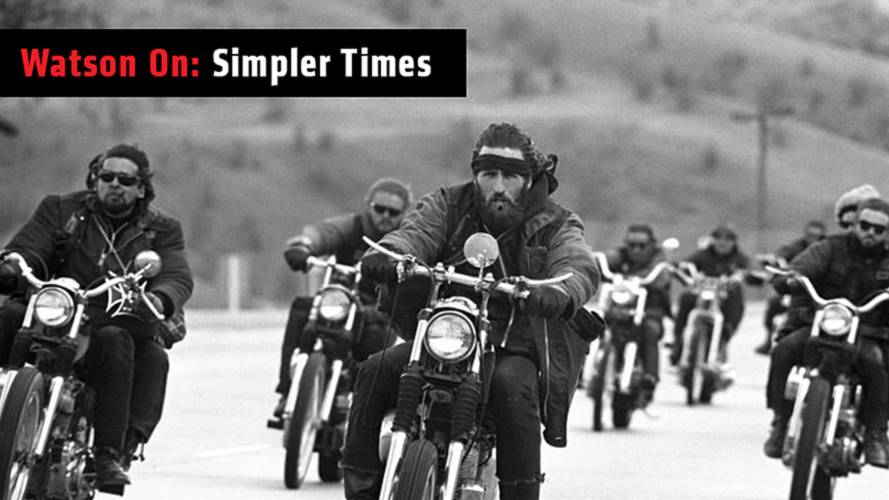 We all dream of simpler times. A era without cell phones, social media or an obsession to be famous. In the 60s the Hells Angels were that embodiment.

Amidst the myriad of books, magazines and films about motorcycles from the 1960s, for me there is one collection of photographs, which was taken for LIFE Magazine, that better define for me that era of motorcycling better than anything else.

I like Ray’s pictures because they perfectly reflect perhaps a simpler time in the U.S. when all you needed was a motorcycle, built by yourself, a full tank of gas and an open road to just go out there and ride.

In the spring of 1965, LIFE Magazine photographer Bill Ray and writer Joe Bride spent a month with the California Berdoo chapter of the Hells Angels with the intention of showing what it was truly like for some people who chose to live and in some cases sleep on their motorcycle.  Back then bikes and motorcycles clubs were regarded with a great deal of suspicion by the authorities and the public who seriously thought they (the riders) were dangerous and a potentially a serious threat to decent U.S. society.

Ray and Bride’s work was never published in LIFE Magazine, perhaps because at the time it was considered by the publishers to be just too inflammatory and so unfathomable to LIFE Magazine’s millions of readers they might as well have pictured aliens from outer space rather than hairy young men on motorcycles. According to the writer Bride the reason was because LIFE Magazine’s editor George Hunt didn’t want to run a piece on  “those smelly bastards.”

But, I find it interesting that Ray’s pictures pre-dates - by almost two years - Hunter Thompson’s best selling book Hell’s Angels, where Hunter writes what he experienced when he rode and lived with the club. For me though Ray’s photographs capture far better what it really was like to ride with a motorcycle on the fringes of society in California during the 1960s.

I have no doubt, when looking at these images, I am seeing them through rose-tinted glasses.  I know nothing about motorcycle clubs, or the people who choose to ride with them, but for me there is definitely something that Ray caught almost 50 years ago that speaks volumes about freedom, the open road and a genuine love of riding motorcycles.

For years these images were forgotten until LIFE Magazine rediscovered them and decided to publish a selection on its web site. The magazine also got back in touch with Ray who told them what it was like to be around the Hells Angels and their motorcycles.

Ray said: “This was a new breed of rebel. They didn’t have jobs, of course. They absolutely despised everything that most Americans value and strive for — stability, security. They rode their bikes, hung out in bars for days at a time, fought with anyone who messed with them. They were self-contained, with their own set of rules, their own code of behavior. It was extraordinary to be around.

“There’s a romance to the idea of the biker on the open road,” said Ray. “It’s similar to the romance that people attach to cowboys and the West which, of course, is totally out of proportion to the reality of riding fences and punching cows. But there’s something impressive about those Harley-Davidsons and bikers heading down the highway.

“You see the myth played out in movies, like Easy Rider, which came out a few years after I photographed the Angels. You know, the trail never ends for the cowboy, and the open road never ends for the Angels. They just ride. Where they’re going hardly matters. It’s not an easy life, but it’s what they choose. It’s theirs. And everyone else can get out of the way or go to hell.”

Before the critics come out and start accusing me of supporting outlaw motorcycle clubs and their alleged illegal activities because I am writing about these photographs, I am doing nothing of the sort.

I believe Ray’s images perfectly capture an important cultural moment during a turbulent time of change in America. I appreciate Ray’s work in 1965 and am just glad that he was there to record a time when riding a motorcycle was a lot less complicated than it is today.