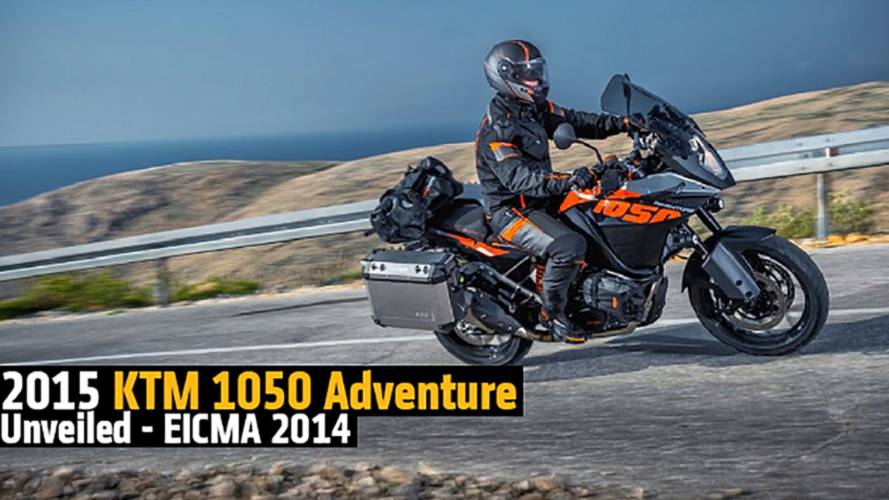 KTM has unveiled the all new 1050 Adventure at EICMA 2014. The V-twin makes 95hp and should be more than enough to propel the new bike.

The 1050 Adventure weighs 467lbs and comes with ABS, ride-by-wire throttle and traction control. There's no mention of cruise control, but it does have selectable modes.

The bike's suspension is from WP and the brakes are from Brembo.

The middle of the Adventure market is getting crowded and that's a good thing. The new 1050 is still a little big for what diehard adventure riders have been pining for. With weight in the mid 400 range and no cruise control for eating up miles, the 1050 Adventure loses out a bit against its 800CC competitors.

KTM touts the agility, simplicity of function, and a very predictable handling motorcycle as the virtues of the 1050. With 95HP on tap the bike should be very compliant, easy to ride, and have enough grunt off road to tackle any obstacle. For reference, the larger 1200CC Tenere gets the same HP on a much heavier motorcycle.

Now we just need KTM to bring it to the US.