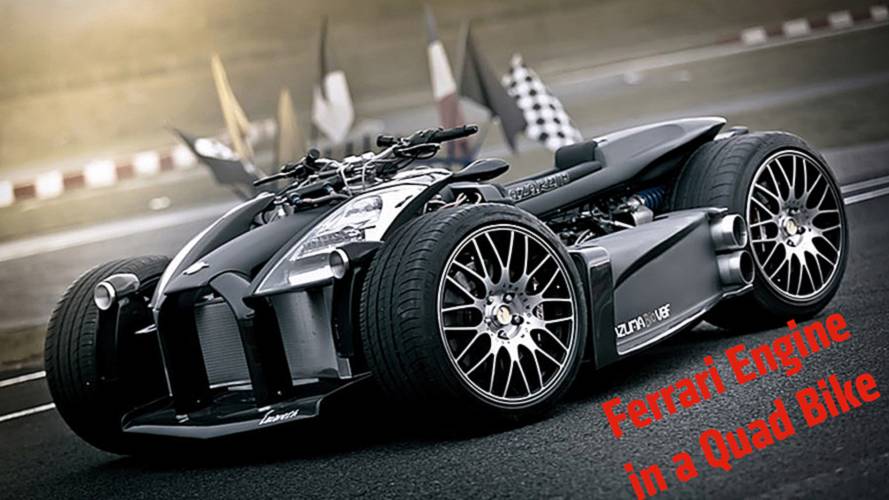 The Lazareth Wazuma V8F is equipped with a V8 engine from a Ferrai and a set of handlebars from a motorcycle.

Just when you think you’ve seen it all, something else come along that makes you scratch your head and ask yourself why? French custom car and motorcycle manufacturer Lazareth is currently offering for sale a quad bike powered by a Ferrari V8 engine for a cool $260,000.

Lazareth, based in Annecy, France, is no stranger to odd motorcycle and quad conversions. Previously it built the Wazuma R1 quad using a Yamaha R1 engine and built the FZR Turbo bike for the film "Babylon AD" and an impressive supercharged Buell XB12S in 2007. 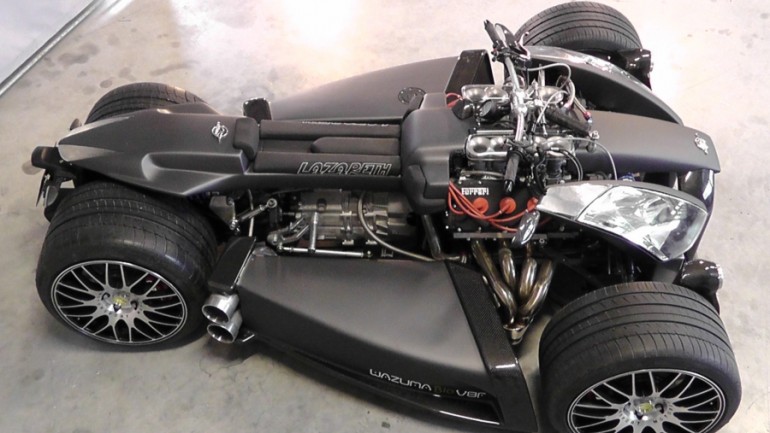 This latest Ferrari-engined version, the V8F, is offered in black, has electric power steering, modified 18-inch Momo rims and slick tires, and Brembo brake calipers with 324mm discs. The 3.0-liter Ferrari engine has been retrofitted with fuel-injection controlled by a Sybelle system.

There are eight fuel intakes, four exhaust outlets and a massive radiator for cooling. You can also alter the engine’s performance by re-programming the onboard computer. Power is delivered to the rear wheels by a BMW M3 six-speed transmission.

The red version of the Wazuma in the video is the company’s own test and development vehicle and was sold in advance to a collector. However, Lazareth has just announced an all-black version and, for the same amount of money, it will build a Wazuma V8F to your exact specification. 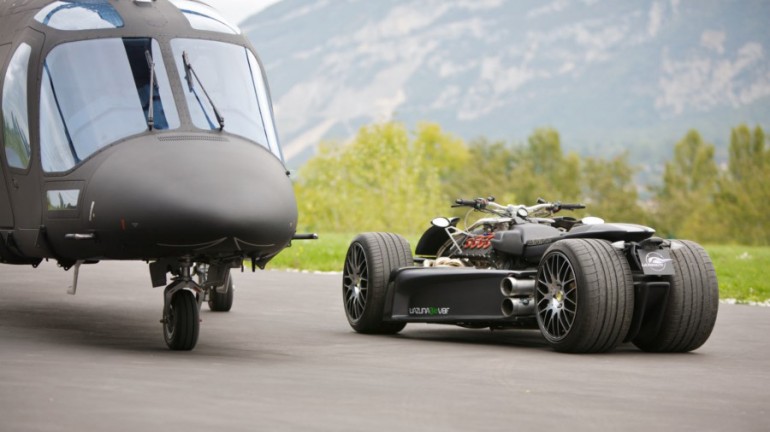 However, before you part with your hard earned cash, it may be a good idea to check with your local DMV office to make sure the Wazuma V8F is legal to ride on the roads where you live.

Hate Quads? You Shouldn't: Why Quad Bikes Are Awesome