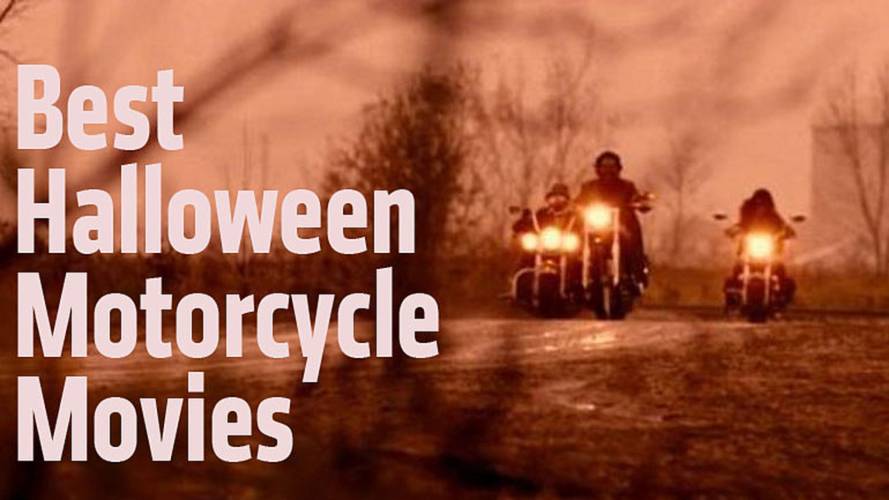 Our list of the best Halloween motorcycle movies for your viewing pleasure. Get ready, some have a very high cheese factor.

You love motorcycles. You love Halloween. For those of you who are staying in, instead of using your motorcycle gear to make a Halloween costume, here are the best Halloween motorcycle movies for your viewing pleasure.

Satan-worshipping monks, evil monasteries, and a bike gang that turns into werewolves. The recipe for perfection. You can find a better version of the trailer here.

Don't you just hate it when your motorcycle attacks your girlfriend?

This looks like a film school project, which makes it that much more amazing. The movie poster is a huge over-sell on its quality. You may need to open a bottle of whiskey to really appreciate this one.

I wasn't going to include this one until I noticed it was starring Billy Bob Thornton! Hey, we all make mistakes, but watching this isn't as big a mistake as starring in it.

Outlaw bikers go to a party and their friends turn into zombies. Not a lot of bike action, unless you count using your biker-badassness to kill things.

The following movies are not exactly horror movies, but still involve Halloween or Halloween characters and motorcycles...just in case the first five movies were too scary for you.

I couldn't talk about Halloween movies and leave out The Karate Kid, even if only for the initial bike chase scene.

Yes, I know it sucked, but it has motorcycles. Watching Nicholas Cage act counts as terrifying, right?

I know, and I'm sorry for including it. Sweet slide, bro. Remember kids: no sex before marriage or your baby will eat you from the inside out.

You say commercial, I say my favorite combination of werewolves and motorcycles.

How To: Outrun The Zombie Apocalypse On a Motorcycle

Gear: Motorcycle Gear That Doubles As A Halloween Costume

Movies: More on Motorcycles in Movies