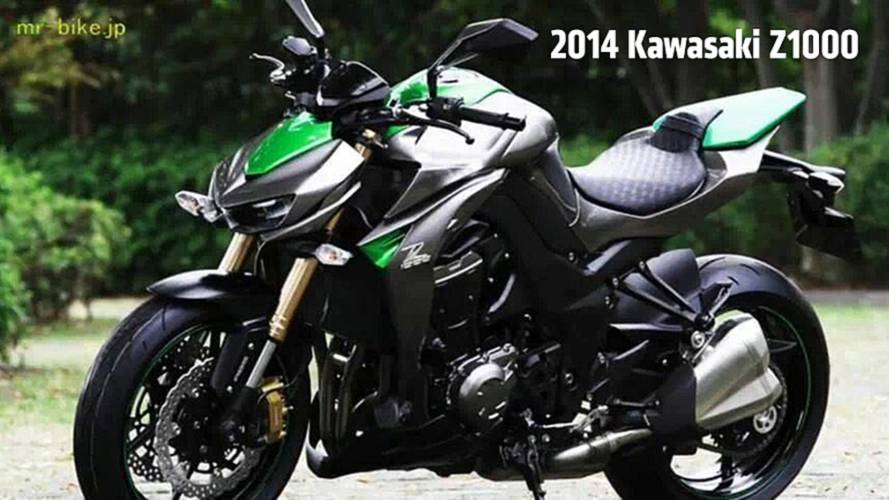 More photos and an even an action video of the 2014 Kawasaki Z1000 have leaked ahead of its 2013 EICMA debut. This material gives us a much better look at the new, H.R Giger-esque styling.

This video was originally uploaded by Mr-Bike.jp.

While the new Z1000 appears to retain the same frame as the existing bike, the motor looks like the mildly updated mill used in the 2014 Kawasaki Ninja 1000. There, the 1,043 cc inline-four makes 140 bhp and 82 lb.-ft. of torque. A ride-by-wire throttle facilitates the addition of switchable riding modes — full power or 70 percent. The Ninja 1000 is also fitted with traction control, ABS, one-piece radial calipers and a radial master cylinder.

It's the radical new styling, not the couple of extra horses, that are going to set this new Z1000 apart though. In addition to that elaborately folded headlight cowl, there's a muscular new tank, large radiator shrouds and a much slimmer tail.

We'll bring you full details of this bike and more from EICMA 2013 over the few days.

Be Excited About This One: 2014 KTM RC390 First Photos And Details