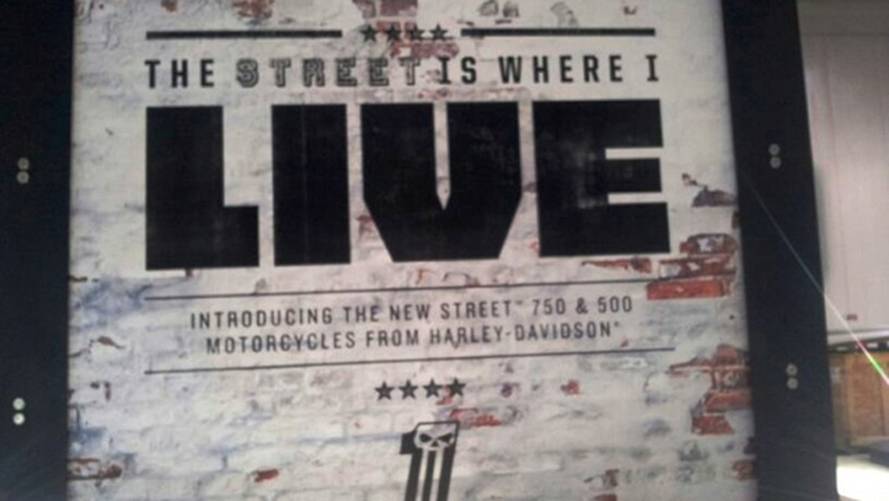 Together, these new models represent a major departure from Harley tradition. Not only will they be made in India and target developing markets there and elsewhere in Southeast Asia, but they're fitted with, wait for it...liquid-cooled motors.

Three years ago, Harley-Davidson exclusively unveiled the existence of these new models to RideApart, stating that it was intended to replace the Buell Blast and give dealers both an entry-level and something to use in The Motor Company's own "Rider's Edge" training program.

2014 Harley-Davidson Street 500, spied testing near its factory in India.

Then, earlier this year, Harley began openly discussing the bikes. "The American qualities of a Harley are very important to people,” stated Harley-Davidson COO Matt Levatich. “The literal ‘where does that shock absorber come from’ part of it is less significant, but it has to have the spirit and soul of America. We have Harley-Davidson factories in India and Brazil – can we leverage those facilities and expertise so it can get to the, for example, Indian consumer, faster? These are things we are becoming more open-minded to, but we understand the importance of ‘made in America’ – the American quality, spirit and integrity that matters to the customer.”

Forbes has reported that, in India, the Street 500 will cost around $7,000 and help the company expand its sales in that market from the 2,000 bikes it currently sells there annually up to 10,000 within the next three years.