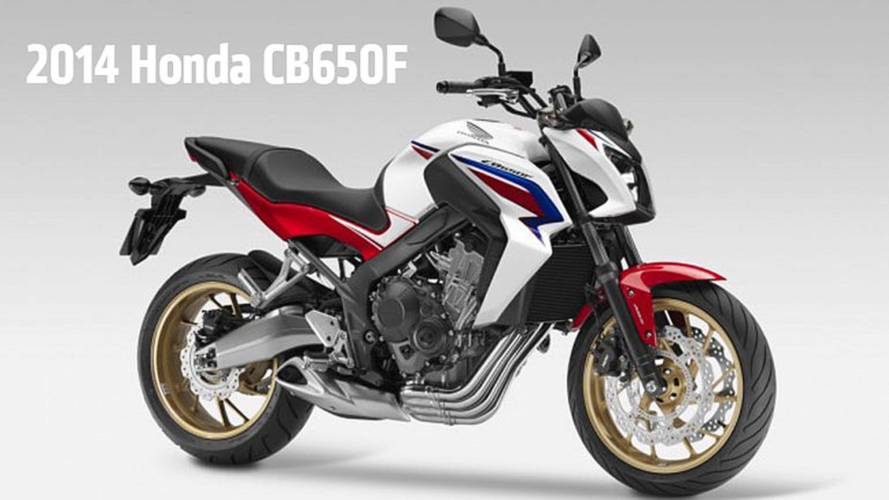 Two Europe and Asia-only models will round out Honda's practical mid-range. Both the 2014 Honda CB650F and 2014 Honda CBR650F are equipped with a new, 650 cc inline-four and sporty styling.

The CB650F is the naked that appears in the photo above. It features a brand new, 649cc in-line four cylinder engine making 87 bhp at 11,000 rpm and 46 lb.-ft. of torque at 8,000 rpm. It also features an all-new twin-spar steel frame and new aluminum swingarm. It's rear shock is adjustable for preload, while the front 41 mm forks are non-adjustable, and it comes with ABS stock.

The CBR650F will share the same engine and frame, but will come with a full fairing and clip-ons and will also allow for rebound damping adjustment.

Both the CB650F and the CBR650F are not slated for U.S. release at this time.