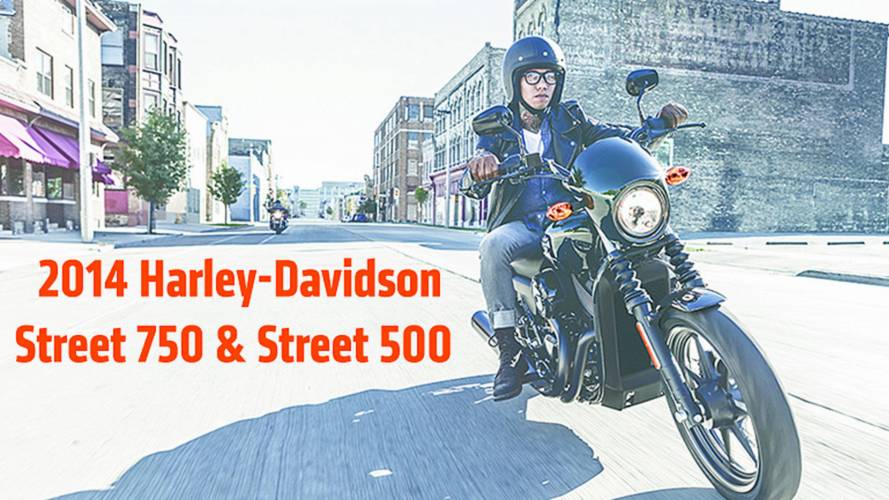 Well, there they are.

Update: Harley tells us the Streets are "made" in Kansas City. A dealer tells us they're being assembled there from India-sourced parts. We'll get to the bottom of it.

"These new bikes are leaner, yet still have a mean streak – they’re the real deal, made of real steel," states Mark-Hans Richer, Harley's Chief Marketing Officer. "They’re designed to handle the abuses of urban environments and provide authentic opportunities to customize."

Being revealed at EICMA in Milan, Italy as we speak, specifications remain elusive. Harley says both bikes are powered by the new "Revolution X" engine, which we can clearly see is a water-cooled V-twin. It describes their performance as providing, "instant throttle response."

"Both the Street 750 and Street 500 were designed with thousands of hours of input from young adults in cities around the world," explains Harley COO Matt Levatich. "This input guided both the attitude and capabilities of these motorcycles. They are proof that being customer-led continues to be a core driver of our product development process."