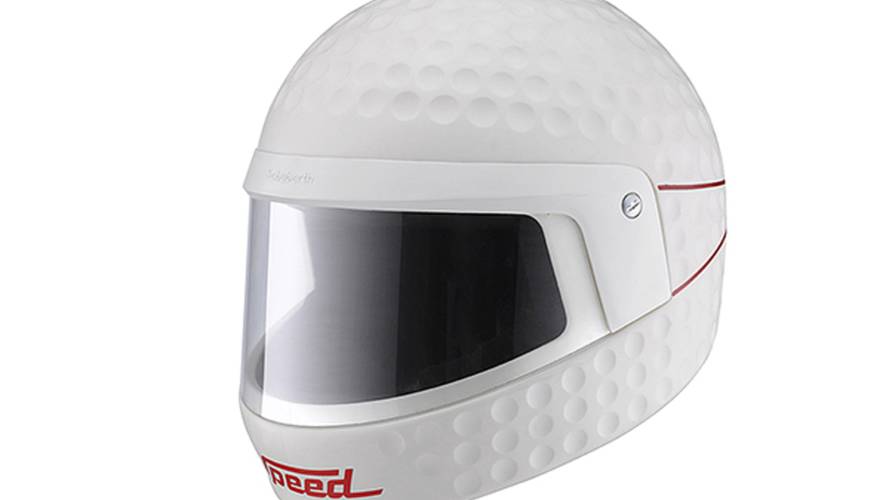 Introduced in 1984, German helmet innovator Schuberth sold 100,000 of these "Speed" helmets. It was claimed to be the first motorcycle helmet designed with aerodynamic principals in mind, specifically those of a golf ball. The divots were thought to stabilize the helmet as it passed through the air.

According to Wikipedia, "The dimples on the surface of a golf ball cause the boundary layer on the upstream side of the ball to transition from laminar to turbulent. The turbulent boundary layer is able to remain attached to the surface of the ball much longer than a laminar boundary and so creates a narrower, low pressure, wake and hence less pressure drag. The reduction in pressure drag causes the ball to travel farther."

The thing was, putting those dimples on a motorcycle helmet resulted from little more than a hunch, Schuberth's own wind tunnel was still under construction at the time.

The thinking at the time was, the dimples would result in these benefits:

But mostly, it resulted in a neat looking helmet. The Speed sold well and encouraged Schuberth to delve deeper into aerodynamic and aeroacoustic development with helmets, fields it now leads. Without helmets that look like golf balls.