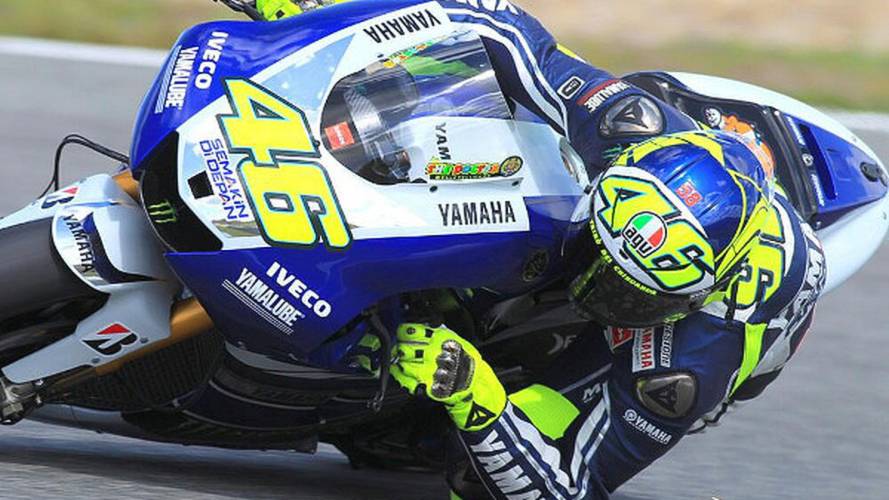 Rossi looking like his old self againFor Valentino Rossi it must almost feel as if the last two years at Ducati never happened as in the second day...

For Valentino Rossi it must almost feel as if the last two years at Ducati never happened as in the second day of testing at Jerez the Italian ended with the quickest time - marking the first occasion that he has finished at the top of the timesheets since returning to Yamaha.

With rain on the first and final days of testing Rossi goes into the first round of the MotoGP championship in high spirits, becoming reacquainted with the factory YZR-M1. At the end of yesterday’s session, the seven-time premier class champion was pleased, speaking to the official MotoGP website he said: “It’s not important, but it’s very important!” To end the day with the best lap time is great, not just because of the position but also because we modified some of the settings of the bike after the first test to adapt the M1 more to my style.

“It’s good because I am able to go faster, like Jorge, in all sectors of the lap. For tomorrow, we have a new chassis with some small differences, so both Jorge and I will try it. We hope to be able to improve our level a bit.”

Rossi also Tweeted the above picture for the approval of MotoGP’s it-boy Marc Marquez, showing his own elbow-scraping ability. All-in-all this signals a hope for an exciting season, roll on April 7th when the series kicks off at Qatar.