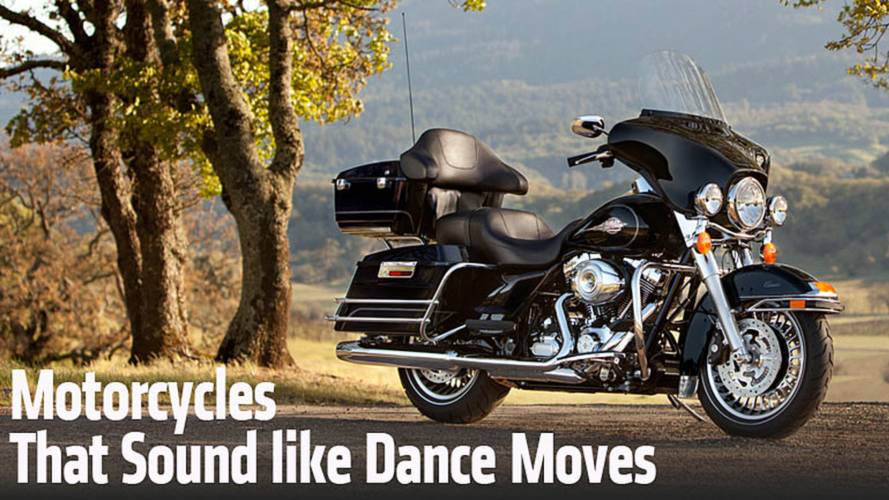 The following is intended for entertainment purposes only. RideApart assumes no responsibility for injury or humiliation resulting from improper implementation. Now on to motorcycles that sound like dance moves and what they would look like if performed in public.

While RideApart staffer, Wes Siler called the Moto Guzzi’s slick standard "one of the best handling street bikes out there," MG gave the bike an equally slick name that might have come from Mario Puzo’s List of Rejected Corleone Brother Names.

Picture a smarmy lounge lizard named, say, Lorenzo or perhaps Leonello, in a booming dance club of unknown Euro-trash origin. Through the vapor of dry ice he spots his prey across the dance floor and unhooks yet another button on his shirt, fully exposing a gold St. Christopher medallion nestled in a sexy mop of greazy chest hair. He pulls his elbows into his sides, lets his Mephisto slip-ons - which, by the way, are also named Griso - shimmy across the floor. He thrusts his rigatoni-defined hips from side to side, his sopping wet silk shirt plastered to his back and his upper lip raised in a come-hither leer.

“Would you like dance?” he purrs. The bellisima is powerless to resist. The Griso claims yet another victim.

Harley-Davidson’s touring mammoth might well have been a line dance.

Made popular in the 70s, the Electric Slide involves several participants kicking and clicking and electrically sliding across the dance floor to the sound of real, processed pop-with-a-twang country music no self-respecting cowboy would likely ever listen to. For true cowboy flavor, enthusiasts can pepper their moves with random floor pats, swingin’ leg kicks, and imaginary lasso twirls.

It’s also likely said cowboy would never get himself involved in an Electric Slide line. For evidence, we’re reasonably sure you can see the Slide in full effect in the classic 80s movie Urban Cowboy, starring a young, blue-eyed and dreamy John Travolta. Not that ever we’ve seen the film … ahem. We’re just guessing.

Luckily, the Harley resembles the dance in name only. If your Electra Glide starts doing the Electric Slide, our advice is to tuck, roll, and pray.

Triumph’s prefabricated cafe racer is a kick of a bike. Likewise, this trendy new dance, aka the Thruxton, is a stripped-down, bare-bones approach to the dance floor. The key is to look good without doing anything special; in fact, extemporaneous moves are viewed as unnecessary and passé.

Thruxton dance-floor fashion consists of brand new duds that are designed to look “vintage” (i.e., old), disregarding completely that the original design and materials were improved upon or rendered obsolete for a reason.

Instead, the Thruxter stays low-pro and low-tech, zipping quickly in and out of dance floor traffic and cutting insouciantly between other boogiers on his way to the booth. This is usually followed by annoying the DJ with obscure requests and shameless name-dropping.

Next thing you know, everyone’s doing it.

The Hayabusa is a white-knuckle ride across the linoleum. The name of this game is all flash and even more dash, involving elongated tails, gleaming bling, and extreme graphics. The look is so dashing many ‘Busas are often seen only at dance recitals - never in the clubs.

But experts say it’s not enough to look the part; if you represent, you best be prepared to back up your talk with moves to match. Dance-offs are a common occurrence.

Originally from Japan, the ‘Busa requires blistering speed and blinding power so intense it has been known to injure its performers, often critically. In fact many who try to master it are never able to dance again. Because of the extreme danger inherent in its implementation, the Hayabusa should never be performed by amateurs.

On the flip side, the Macarena could show up as a special edition sportbike launched at the next AIMExpo... Hey, it's Friday.