5 Videos That Make Me Ride My Bike No Matter What 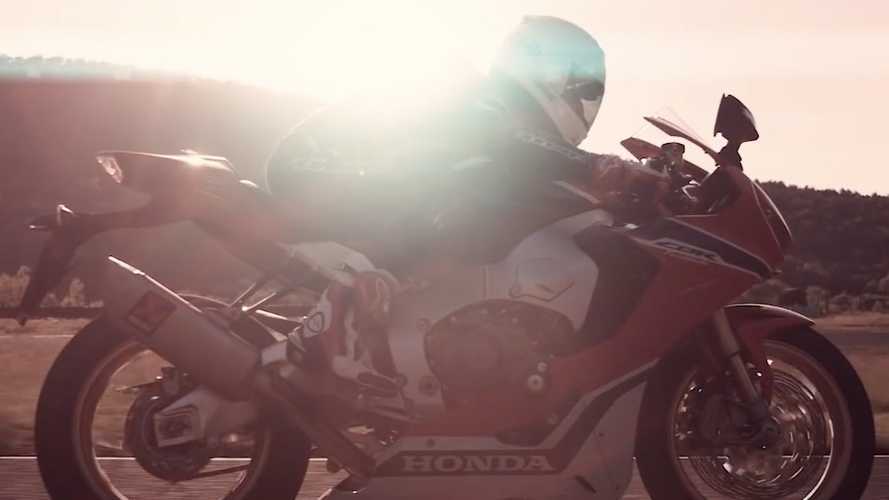 Here are 5 videos that capture the essence of motorcycling and make me want to ride no matter what.

One of the struggles of being a motorcyclist, especially if you aren't a morning person, is getting up for an early morning ride, be it solo or with your riding buddies. Sometimes, the comfort of your bed, being tucked up under the sheets with a nice cozy pillow under your head, is all too powerful to prevent you from promptly getting up, gearing up, and going for a ride. Truly it would be a shame to miss an awesome trackday on your sportbike, or a nice highway ride with your buddies on  your cruiser. Don't worry, though, we have a list of 5 videos that can perk you up from the comfort of your bed, and hype you up enough, hopefully, to get up and hit the road on two wheels.

For Your Next Adventure:

Make Your Next Motorcycle Adventure A Trip To The Quail

If you're anything like me, then the sound of multi-cylinder sportbikes flying through the track are more than enough to perk you up and get you onto your own bike in the blink of an eye. I love this video so much, simply because of how visceral it is, from the visuals, the sound, and the way it was edited. In fact, I love this video so much that I've been watching it ever now and then for more than a year.

Being an owner of a small to mid displacement bike means that it's imperative of you to learn a few tricks and treats aboard your little ripper. I'm no different, albeit much lacking in terms of skill, and so a good tutorial on how to improve my riding in any way whatsoever goes a long way in getting me in the mood to ride. Here's world renowned KTM stunt rider, Rok Bagoros, teaching us how to pop the front end up of a small displacement bike. Remember, always wear your gear and practice away from public roads.

Another stellar production from the folks at FortNine, this video features Ryan F9 aboard a $400 Suzuki TC-90 from 1970. He tackles a bunch of gnarly terrain, stuff which the little TC-90 was never meant for, but took like a champ nonetheless. It shows the vastness of the great outdoors, and how even the simplest and cheapest of bikes can provide you one hell of a good time.

This documentary never fails to get my blood pumping. Following the stories of a few notable Isle Of Man TT racers, this documentary captures all the raw emotions of the Tourist Trophy. The whole thing was so well crafted that it makes you feel as though you're part of the action, witnessing the trials and tribulations of the racers firsthand.

Lastly, we have an awesome video from Mike On Bikes, which is sort of like a mini documentary highlighting the evolution of MotoGP Riding Styles, as well as some notable characters who made these styles famous. After all, the techniques riding a motorcycle were never cast in stone, and it's pretty awesome to learn new things and put them into practice on your own bike after watching a video like this.

What motorcycle videos get your blood pumping and get you on your bike in the blink of an eye? I'd love to know, so I can add those videos to my collection, too.