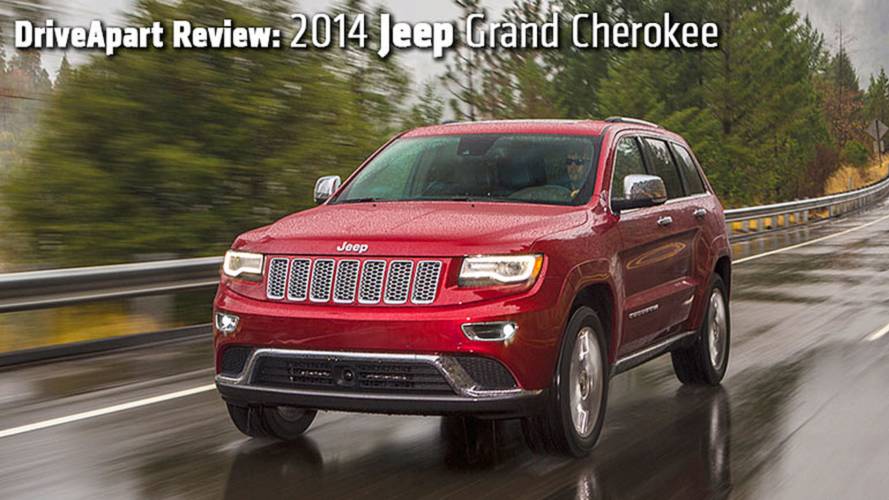 The 2014 Jeep Grand Cherokee has been updated with a, 3-L EcoDiesel V6 Engine, 8 speed auto transmission, and a fuel efficiency of 30 mpg.

For 2014, Jeep has redone the Grand Cherokee adding a slew of new features and luxury additions. There's a new 3-liter EcoDiesel V6 engine with a new eight speed automatic transmission that gives a lower crawl ratio and better fuel efficiency. The fuel efficiency has increased to 30 mpg and has a range of 730 miles. There are 3 systems that power the 4x4 drive — the class-exclusive Quadra-Lift air suspension and the Jeep Selec-Terrain traction management with Selec-Speed Control. There's a new 8.4 inch touchscreen display with a 7 inch "customer configurable multi-view cluster display" with Uconnect Access and cloud-based voice texting. Also new for 2014 is the Summit, the all-out luxury version of the Grand Cherokee.

All the new features on for the 2014 Grand Cherokee are incredible and add a lot of value to the vehicle for the cost. The new diesel engine adds a big boon to fuel economy and the new 8 speed transmission helps the Grand Cherokee to be a better 4x4 vehicle. The increased towing capability — up to 7,400 pounds — opens up a lot of options for towing whatever you need. The exterior has been designed for the 2014 model with emphasis on luxurious and and premium looks. There's more than 60 new security and safety features such as Adaptive Cruise Control, Front Park Assist, Selec-Speed Control, Forward Collision Warning and Crash Mitigation. The interior has been upgraded with a Uconnect 8.4 inch touchscreen that can control the climate and entertainment controls and there's also a customizable 7 inch mutli-view display.

There isn't much not to like about the new Grand Cherokee — it literally has everything you'd need on a 4x4.

The towing capacity of this vehicle is 7,400 pounds — with that level of capacity the possibilities are endless, such as a trailer with all the motorcycles you'll ever use or even another 4-wheeled vehicle.

We loved the way the new Grand Cherokee performed, especially when equipped with the optional 3.0 liter EcoDiesel V6 engine with 240 horsepower and 420 lb.-ft. of torque. It’s the torque that gets you off the line, the torque that pulls a trailer and the torque that got us up a steep embankment without breaking a sweat. The new SUV feels solid and sturdy both on the road and in the dirt, mud or rain. We drove all of the Grand Cherokee’s back-to-back and we’d have to say, our money is on the diesel – the diesel feels more solid and planted and the gas mileage is leaps and bounds better than the gas powered car. And while we love the SRT version, we still prefer the diesel.

The new Grand Cherokee is equipped with 3.0 liter EcoDiesel V6 engine that has 240 horsepower and 420 lb.-ft. of torque. It has a 24 valve, dual-overhead cam engine is an efficient diesel engine that has low emissions. It's paired with an eight speed transmission that increases fuel economy and has "precise, smooth shifting, enchanting the ride quality to luxury car levels." There is now a lower crawl ratio of 44.1:1 that helps the Grand Cherokee in driving over different obstacles. The addition of paddle shifters on the steering wheel allows for easier shifting regardless of the terrain. The Selec-Speed Control can be used in "extreme off-road conditions" to aid the driver in controlling the vehicle.

With over 60 new things on the GC, there's a lot of interesting vehicles features on the CG. For example, the frame has been engineered particularly for off-road use with over 5400 welds in the frame to support the difficulties of going off road. There are many driver aids such as — Hill-start Assist, Trailer-Sway Control and Electronic Roll Mitigation. Hill-start Assist helps the driver start on hills, Trailer-Sway Control helps to negate trailer sway and Electronic Roll Mitigation applies the brakes electronically for the driver in such needed situations. There's three new systems that help the Grand Cherokee perform its 4x4 capabilities — the Quadra-Trac I, the Quadra-Trac II and the Quadra-Drive II. The Quadra-Trac I is the system that provides "full-time four-wheel drive without any switches or levels to pull." The Quadra-Trac II's "two-speed transfer case uses input from a variety of sensors to determine tire slip at the earliest possible moment and takes corrective action." The Quadra-Drive II system "instantly detects tire slip and smoothly distributes engine torque to tires with traction." There's also the Quadra-Lift air suspension system that helps the Grand Cherokee increase its ground clearance to go over more different terrain — it can adjust anywhere from 8.7 inches of 11.3 inches of clearance.

For 2014, the upper grille has been shortened in height and been given slimmer headlamps. "The lower front fascia has been slightly elevated, and the fog lights have been raised and are more pronounced within the fascia design." The rear has "larger tail lamps with signature LED Lighting, a larger, more aerodynamic rear spoiler, and a re-sculpted tailgate that offers greater visibility." The 2014 model is available in five colors — Deep Cherry Red, Cashmere Pearl, Brilliant Black, Bright White and Granite.

The center console of the 2014 Grand Cherokee has been redesigned to all for a 8.4 in. touchscreen and a 7 in. mluti-view display that is completely customizable. Everything has been designed to intuitive with easily accessible controls. The steering wheel has been replaced with a leather-wrapped three spoke steering wheel and it has wood accents on the more luxurious models. The interior is available in several different trims with different colors that have open pore wood, a sunroof, detailed stitching, Harman Pardon audio and a premium headliner.

The entry level Grand Cherokee is priced at $28,795 and the luxury version — the Summit MSRP's at $47,995 for the 4x2 and $50,995 for the 4x4 version. The entry level price and is inexpensive for other of the same level — and its competitive in pricing. The Summit is nearly double the cost of the the base model version but its extra amenities and luxuries make it far worth the cost. Add 3 cars with their costs.

The new 2014 Jeep Grand Cherokee has it all: massive bang for the buck, as much luxury as you'd want and need, some real-world Jeep-approved off road capabilities and, as an added bonus, diesel power to tow and haul all of your weekend goodies. A must shop and a top rating if you're searching for a new SUV.