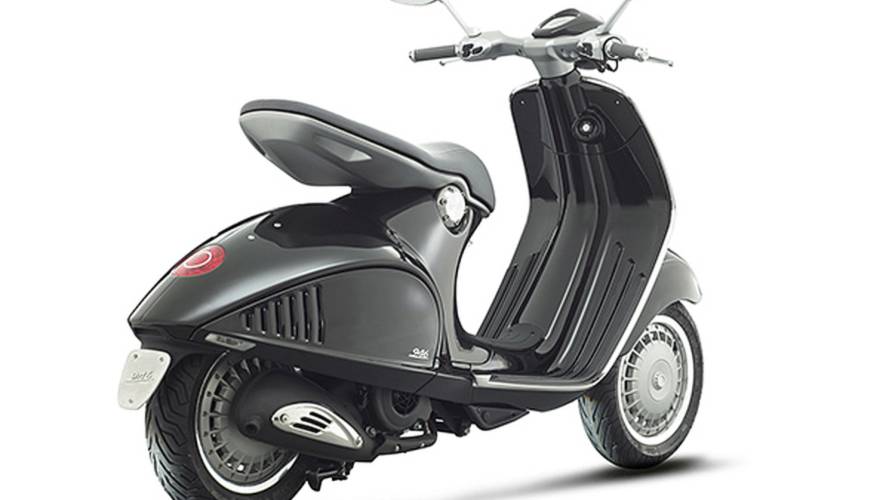 RideApart has confirmed that the all-new Vespa 946 will be priced at $9,946 when it goes on-sale in the US in November. Production of the technologically advanced scooter will be "very limited," delivering a bike equipped not only with a 129mpg motor, but also ABS and traction control.

That price is probably raising your eyebrow, and it should. The current 150cc Vespa range starts at just $4,599.

So what's going on here?

The 946's new motor is an air-cooled, fuel-injected 3-valve 4-stroke. It’s a 150cc with 11.6bhp at 8,250rpm and 7.6lb/ft at 7,000rpm. Why air cooled? Water pumps and radiators are expensive and scooters are supposed to be cheap. The modern fuel injection system works with a three-way catalytic converter to cut emissions by 30 percent (!) and Vespa says that it will be good enough not only for the current Euro3 standards, but future emissions regulations as well.

Much attention was paid to fluid dynamics within the cylinder as well as reducing fictional losses by mounting all moving parts, for the first time, on bearings.

The 946 does adhere to some traditions. The monocoque body doubles as the frame, but instead of the traditional all-steel construction, it incorporates aluminum side plates, fenders, seat unit and handlebars to drop weight. That’ll make it both more efficient and easier to ride.

Also contributing to that ease of use is a wheelbase longer than current long-body models, but steering geometry sharper than that of the short-bodies. More stability and faster steering than either in the 946.

All that sounds like a much-needed update to the traditional Vespa formula, right? Well, pricing the 946 at $10k seems to indicate that there's two potential paths forward: 1) it serves as a design-led halo product for the brand, with the technology and that new motor trickling down to other, more affordable models in the range. 2) This initial model year of the 946 is intended to capture early adopters and will eventually reduce its price as production volume ramps up.

Either way, the investment it took to develop this new motor means that it must be used in a volume product and Piaggio is adding TC and ABS to literally every other bike it makes, so it's logical those safety aids will make it to other Vespas too.