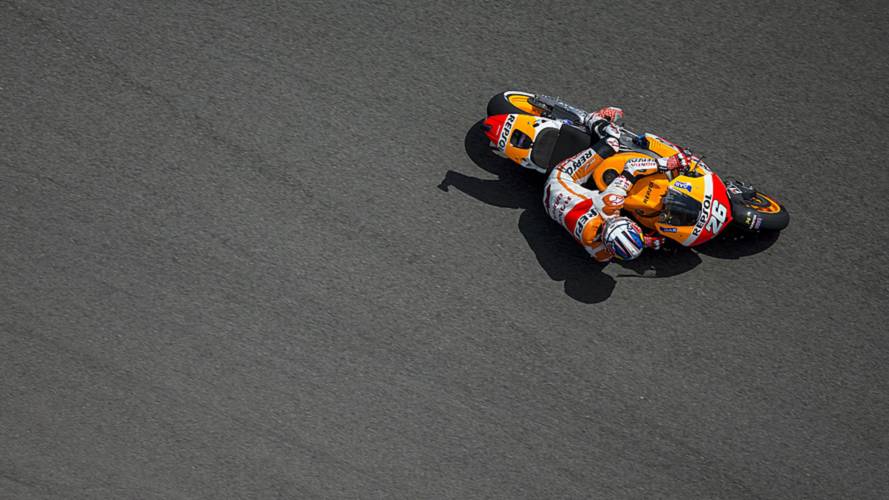 We fly to Austin to cover MotoGP. Here is a daily account of our adventure.

Normally I write about electric motorcycle racing over at gas2. But I decided to celebrate Earth Day this year by flying to Austin and covering MotoGP for RideApart. After all, racing is all that really matters in this world.

When I told an editor seated near me about my awesome new electric bike (Zero FX with supermoto wheels), he told me he wasn’t interested in electric bikes because he wanted to leave the biggest possible carbon footprint behind when he died. He has no idea what he’s missing. 70 ft/lbs of torque, all day every day.

I was going to get around on a Stella scooter with a homemade sidecar, but the constant feeling that the rig was about to tip over onto me made that unappealing. I didn’t want to resort to picking up hitchhikers just to keep the rig balanced, in case none of my friends wanted to ride with me. So I rented a nice gas-guzzling Dodge Avenger instead. You’d never know I’m actually from San Francisco.

Sitting in the back of the shuttle bus Friday morning with Comedian and Superfan BT and NGM umbrella girl and my roommate Kristi Emmons.

On Friday, I settled into my office and familiarized myself with the schedule while the racers familiarized themselves with this brand-new racetrack most had never even seen on Playstation. It was interesting to watch their times in practice, as the faster riders took their time getting to know the track, while riders who are traditionally slower showed better times in the opening practice session. When I asked Dominique Aegerter (pronounced Eye Garter if you’re trying to sound like a hick, which I guess is Drebber’s style) why he was on fire in the morning session, he replied “What can I say, I love America!” Ladies, watch out for this one.

This is what a Media Scrum looks like. It sounds like absolutely nothing unless your mic is in the rider's face.

I begged Jules Cisek to share some pics with me, as I knew he’d get stunning photographs like this one. Rossi flies under the tower during Friday practice, the only time photographers were allowed up there free of charge.

Security for The One Motorcycle Show was provided by the Texas Roller Derby Crew.

Clearly they weren't 100% effective. Given all the hoopla surrounding Kevin Schwantz's problems with COTA, I couldn't resist. I remember the first GP I ever watched was a videotape back in 1991. The next day, while riding my usual route to work, I tried to lean my bike way over just like Schwantz did. Only I was on a 15mph freeway exit and had no formal training in body position, throttle control, or anything. So I lowsided my Suzuki GS450, then signed up for the MSF's Experienced Rider Course and stopped trying to emulate racers. For a few years, anyway.

After The One Motorcycle Show, we found a tiny little hole in the wall with PBR art and chandeliers. And a packed floor of hipsters dancing to ‘90s rap spun by one of those DJs that cuts every song off halfway through. Kids, the ‘90s are back, and in Austin they're so far ahead of the curve they're past grunge and into Jay Z.

Everyone stopped by the Chuck Forquer Hospitality Patio to say hi, including World SBK Champ Doug Polen. I knew Chuck knew everyone, but this race cemented his status in my mind as the Paddock Mayor. Any paddock he's in, he's the Mayor. This patio COTA set up in the paddock was the perfect spot for people watching. Of course that's grape juice, they just put it in wine glasses to be cute.

That's Maxwell, walking toward his dad after being photographed with the entire bevy of Red Bull babes.

The tower, surrounded by race fans. If it didn't cost $25 to walk up, same price as the elevator ride, we'd have done it. As it was, walking through the vendor area circling the amphitheater was enough of a workout. The place was packed on Saturday, especially the vendor tents. There was loads of good, interesting food, so I could have empanadas and Kristi could have Paella, instead of both of us having to starve or eat nasty cheap burgers.

With Chuck Forquer, Mayor of the paddock, at The One Motorcycle Show the next night:

There’s no shortage of great restaurants and nightlife in Austin, so it was a wonderful place to visit. Aside from constantly confusing it with Portland in my mind, and the nightcrawling traffic that made LA seem tolerable, that is. On Friday, we had dinner at Ben Spies’ favorite restaurant, Kenichi, where we got to enjoy the same specials he’d enjoyed at a private dinner. On Saturday it was Torchy’s Taco Stand for the authentic Austin experience, then back to The One, then home to rest up for race day.

On Sunday morning, I met up with Keith Code, one of my interview subjects for another story on how coaches help their riders prepare for this wild and crazy track. He’s working with some Red Bull Rookies, so we met up in their swanky hospitality tent. The kids can either watch what’s on or play video games while waiting for their race in the afternoon. Sure beats having to do your math homework and chores.

In the Red Bull Rookies Races, I was rooting for Yui Watanabe, especially because announcer Brian Drebber couldn't be bothered to learn that not all the entrants were male. Unfortunately she crashed in race 2, and was unable to re-enter. But she did move from 18th to 13th in race 1, and remains 13th in the championship.

Alex Rins dominated Moto3, retaining his lead even in the restart. The race was red-flagged after 17 laps, so the final race was a 5-lap sprint for glory, like most club races. Only faster.

In Moto2, Scott Redding dominated the early laps, but was forced to slow down and focus on staying ahead of Pol Esparago in the points. His tire began slipping on the rim, and as usual, the compound couldn’t take the abuse he was dishing out. While the combined weight minimum has helped even out the field for the big guys like Scott, there is still nobody out there that’s as hard on their tires as Redding.

Terol had a fairly easy win, while the battle for the last two podium spots was hot and frantic behind him, finishing with Esteve Rabat in second and Mika Kallio in third.

Honda proved this is their kinda track with a one-two punch from the Repsol factory team. Marquez cemented his status as phenom and rookie of the year by winning, with teammate Pedrosa in second, and Yamaha rider Jorge Lorenzo in third. Tech3 Yamaha rider Cal Crutchlow brought home an impressive 4th place after predicting he couldn’t do better than 6th here. His hunger for the win is impressive, and the man clearly wants to earn himself a spot on a factory bike.

I visited the VIP balcony with some friends who invited me. The food was spectacular, far surpassing what we had in the media center. The view was also great, even though the microtron was no match for the media center wall of racing. It’s experiences like this that make it clear that my biggest career goal should be Mrs. _____. I know, I was raised a feminist. I’ve worked hard my whole life, accomplished some things, been too independent for my own good. Sure, I can write about racing. I could even make a stab at working on a team as a press officer or in sponsorship sales. But that’s all so much work. Why work that hard when you can just sit back and enjoy watching the races in the lap of luxury?

My favorite thing to do on race weekend, besides watching some damn good racing, and taking a $5,000 Rizoma fixie for a joyride around the paddock, is the after party. I’ve been to after-parties at Laguna, Indy, Mugello, and Valencia. Valencia may be the biggest, but Indy is the most fun, by far. So I was eager to see if Austin could possibly out-do Indy.

The after-party was fun enough, once the racers and their teams were actually able to get in. A common problem at after-parties is door staff who don’t know who they’re dealing with. Even in Valencia last year, Jorge Lorenzo himself was turned away because he did not have a ticket. Yes, even the champion, in his own country. So it wasn’t surprising to see door snafus in Austin. Still, it’d be nice to have the Mayor working the door.

And those are the only pictures I took, because what happens at the after party, stays at the after party. Stories can only be whispered among close friends who were actually there and involved. Over a late breakfast at the Superfans abode, as some of our roommates continued to stumble in from wherever, we traded stories and helped fill some people in on what they’d done the night before. I’d say it was a successful after-party, even though I still don’t know who won the ice fight.

A snapshot from our fabulously chic dining room. If those antlers could talk...