Kickstand – In Defense of The So-so Motorcycle 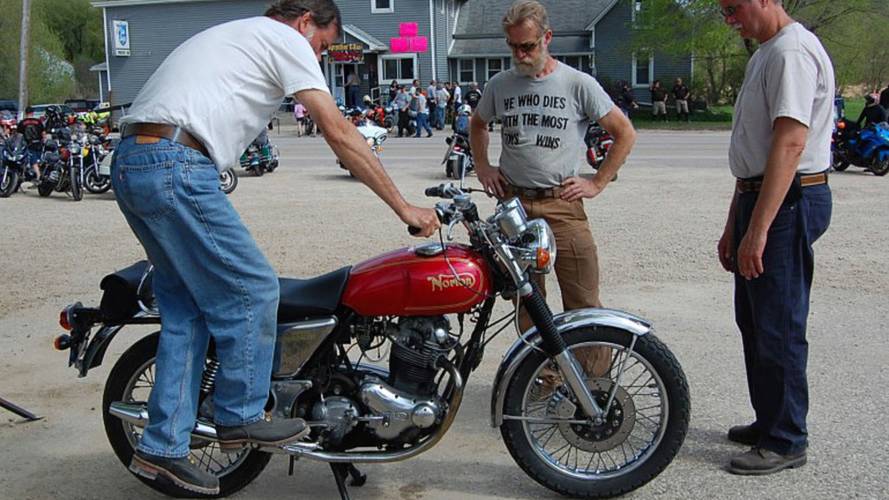 Kickstand – In Defense of The So-so MotorcycleIt’s great to see RideApart editor Jesse Kiser doing a project on a 1976 CJ360T. No matter what he does...

It’s great to see RideApart editor Jesse Kiser doing a project on a 1976 CJ360T. No matter what he does with its final configuration, it’s an affirmation of sorts for a bike that hasn’t always drawn rave reviews.  But let’s face it—going back decades in the motorcycle press, it has always been the pavement wrinkling, rubber-burning rocket of the moment that hogs the headlines. Things haven’t changed much; witness the massive presence in the press of Kawasaki’s H2 and H2R and Yamaha’s YZF-R1 and R1M.

For the long-suffering CJ360T, and its European cousin, the CJ250T, the beating continued in this month’s issue of Classic Bike Guide, which said in its description of the bikes for their Buying Guide section, “Cheap when new and far from cheerful, the final incarnation of an utterly out-moded design. Weirdly fashionable now, with examples being restored to OMG condition (presumably by people who never had to ride one back then). If you absolutely must , then get a 360. Or counseling.”

Enough already!  Even the worst motorcycle has some redeeming quality.  What that quality is really depends more on the rider than the bike.  If it does what its owner really wants it to do—no matter what the “experts” say about it—it’s a good motorcycle.

Looking back on it objectively, the worst motorcycle I have ever owned turned out to be my first. It was a 1974 Honda CL200T that I bought brand new, and got robbed in the process paying way too much. Making matters worse, it was a toad on the road, barely being able to sustain freeway speeds on level ground, stalling constantly at every stop light when the engine was at operating temperature, and nothing at the dealer’s service department could make it idle right.  I had no better luck working on it myself.

The Honda CJ360T might be so-so to some, but even now 39 years on, it continues to do what it was designed to do.

It vibrated like crazy, had a plank for a seat, it was heavy for a bike with a 200cc engine and not very nimble. It had a cool-looking high scrambler pipe that with a twin cylinder mill made it resemble a CL350, but with a forward weight bias, the first time I took it off road the front end wallowed and I quickly learned high pipe or not, it was not a dirt bike.

Nonetheless, at the time, I loved it. It was my first motorcycle and my ticket to the open road. Still, not even nostalgia would prompt me to buy another one, even if it was like new. Honda only offered it for one year and I know why. But that’s not to say a CL200T can’t be a dream bike to somebody else. The dreamer defines the dream bike.

If the rider defines the perfect motorcycle as a classic British bike, that’s great. They may see a BSA Victor 441 or a Norton 750 Commando as the definition of motorcycle perfection, but they may well learn not to look down their nose at some seventies vintage Japanese bikes. Bikes like the Victor and the Commando can be tricky to start (kick on those without electric starters) and take vibration to a whole new level. They are demanding in terms of maintenance to keep them running well. But maybe that’s the challenge they need. There’s nothing like trying to kick start a classic Brit bike for about an hour in the hot sun to give you an adrenaline rush.

What is a so-so bike?  Well, take my 1999 883 Sportster, for example. It doesn’t have the vibration-reducing rubber-mount engine that Harley added to Sportsters in 2005, nor does it have EFI like the later model bikes. Beyond the carburetor intake system, it also has the Screamin’ Eagle Stage II kit.  All this adds up to a bike that is not white-knuckle fast, has vibration issues at certain speeds, and can be tough to start in cold weather.

To a lot of other bikers, including some who also ride Harleys, this bike is so-so at best; not worth having at worst. How do I feel about it? I love the old thing. For the kind of riding I like to do most often—easy cruising on country roads—it does everything I want it to and it does those things pretty well.

Sportsters of this vintage got luke-warm reviews in the media of the day, faint praise at times, or didn’t get reviewed at all. Taken in that context, it is perhaps a good example of the true so-so bike.

But maybe it’s perceived shortcomings are just that—only perceptions, not necessarily fact-based. For example, let’s look at the vibration thing. I’ve put a lot of miles on the old Sporty and I have yet to have anything vibrate loose and fall off the bike. Come to think of it, I have yet to have anything even vibrate loose. Does it shake? Yes, of course, they all do to one degree or another and the Sportster is up there in that department, but is it really as bad as some folks say? Probably not and at my favorite cruising speed, vibration is not a problem at all, and that’s where it counts.

The Sportster is either iconic or a so-so throw-back, depending on your point of view.

And what about the speed thing? It’s true that where speed is concerned, my even-older VF500C Honda will run circles around that 883 Sportster. Do I care? No—not in the least. I bought the Sportster knowing it is not a sportbike. My expectations for an easy-going, easy to live with cruiser that I can spend all day on have been met and then some by the 883 Sportster. What’s more, in the area of reliability, it has proven to be as solid as any I’ve owned.

If you think about, the majority of us don’t ride around on those high-performance, high-octane, high-dollar superbikes that grace the covers of magazines. Most of us ride something else; something that some critic someplace might say is a so-so motorcycle in one aspect or another.

If it does what we want it to do, the answer to the critic is “So what?”