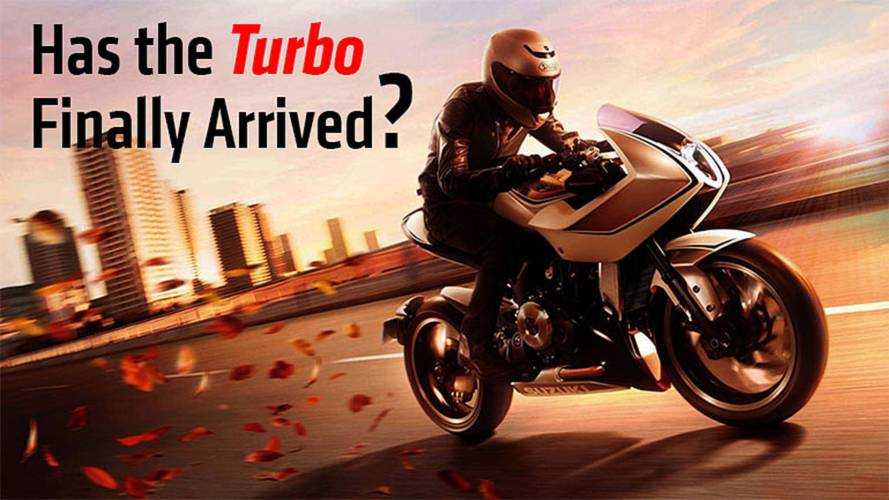 The Suzuki Recursion is a concept turbocharged bike with a name that acknowledges that there's some history. Has the time for turbo bikes finally arrived?

Ah, the Awesome 80s.  Bold graphics and hair gel.  Pop rocks and Smurfs.  Tip O’Neill drinking a Bud Dry in a DeLorean.  What you may not remember is a slew of short-lived production turbocharged motorcycles.  In the days when the modern superbike was taking shape, the Big 4 put out a handful of turbos – the SDI of the horsepower arms race.  These were the Honda CX500 Turbo, the Suzuki XN85, the Yamaha XJ650 Seca Turbo, and the Kawasaki GPz 750 Turbo.

We may have forgotten these quixotic oddities, but Suzuki hasn’t, and at the recent Tokyo Motor Show, they unveiled the Recursion, a new concept turbocharged bike with a name that acknowledges that there’s some history there and styling with retro-modern elegance.  Given the success record of those 80s two-wheeled New Cokes, what will be different this time?  Why didn’t it work before, and has the time for turbo production bikes finally arrived?

First of all, with the exception of the XN85, the 80s turbos were klugey add-ons to existing platforms.  The CX500 was already a little wiggy to begin with.  Retrofitting a turbo will increase the output numbers, but doesn’t always create an ideal performance profile.  For the added money and complexity, they weren’t necessarily worth it.

Another factor was the insurance costs.  These bikes were part of a proud heritage of “death machines,” and getting the bike insured was often prohibitively expensive.

The most important drawback, however, was the turbo lag.  Motorcycle power is all about control, and the last thing a rider wants is a delay, then a surge of power.  That could ruin your day coming out of a turn.  That’s probably why aftermarket turbo kits tend to be mounted on H-Ds, Hayabusas, and other straight-line sleds.

The Recursion appears to be coming at the design from a different angle.  Instead of just shoveling on more coal, this turbo is an integral part of a design that offers a nice, fat power curve in a small, light bike.  Suzuki claims 74 ft-lb. torque at 4,500 rpm.  That’s fantastic for a 588cc twin.  Max horsepower is claimed to be 100 hp at 8,000 rpm.  If the real-world numbers are anything like that, this should be a bike that maximizes fun and rideability, not just drag times.

Turbos have come a long way in thirty years, and lag should not be an issue today.  A sophisticated, computer-controlled turbocharger should feel like a seamless part of the mill, so riders’ main objection to turbos should be a thing of the past.

We’ve see the auto industry embrace turbos recently, and not just for added power but also for efficiency and getting the same performance from smaller engines, sometimes rebranding them as eco-boosters or some other adspeak.  Suzuki seems to be taking this smart-turbo approach, using it as part of their performance toolkit, not just an afterburner.

Suzuki can’t control the insurance companies, but this bike isn’t even close to today’s generation of “death machines,” so unless they are irrationally allergic to the word “turbo,” (which they might be) insurers ought to provide reasonable rates for the Recursion.

Let’s hope this is the start of a new old trend.  We’d like to see more bikes using up-to-date turbo technology to provide light, fun, radical rides.  So pop that collar, put on those Ray-Bans, and let’s ride.