The future of motorcycle instruments 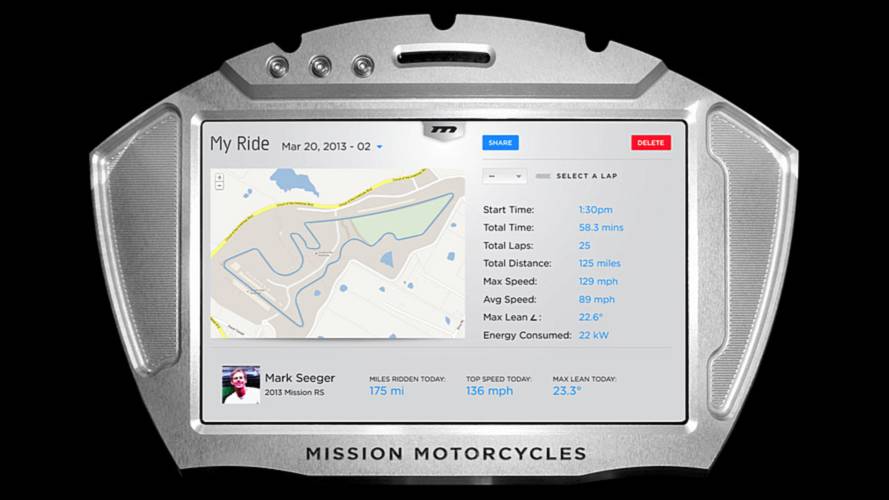 The future of motorcycle instrumentsThe Mission R is significant not just because it's an electric bike that goes really fast, but because it's...

The Mission R is significant not just because it's an electric bike that goes really fast, but because it's equipped with the next generation of motorcycle instrumentation. Internet connected and Heads Up Display ready, it tells you much more than just how fast you're going.

As you can see, "Mission OS" is much more than just a digital speedometer and tachometer. More closely related to the program that powers your smart phone than traditional motorcycle instruments, it allows your bike to communicate with the outside world. That means stuff like turn-by-turn directions and live weather forecasts can be seamlessly integrated into one display, alongside performance data.

And that data is now much more meaningful than just a speed, revs and whether or not you've run out of oil. The bike can track lap times, top speeds, average speeds and all the stuff that's hitherto been reserved for data acquisition systems. Mission OS can even track lean angles, which, in the case of the R, is up to 55 degrees.

Since electric motors are silent when they're on, but not revving, a visual cue is necessary to alert riders of their "armed" state. In the case of the Mission R, that goes one step further, informing them of whether or not the bike is operating in reverse or forward mode. That reverse "gear," achieved by simply reversing the motor's polarity, will be handy for parking, assuming that the production bike weighs in around the same as the race bike's 545lbs kerb weight.

And even with ranges in excess of 100 miles, energy consumption is still a concern. Tracking that, using average and instantaneous consumption data, along with live range estimates should be incredibly handy. Especially when combined with the navigation, letting you realistically monitor the viability of your journey all through the same device you look at for speed and revs and all the usual stuff.