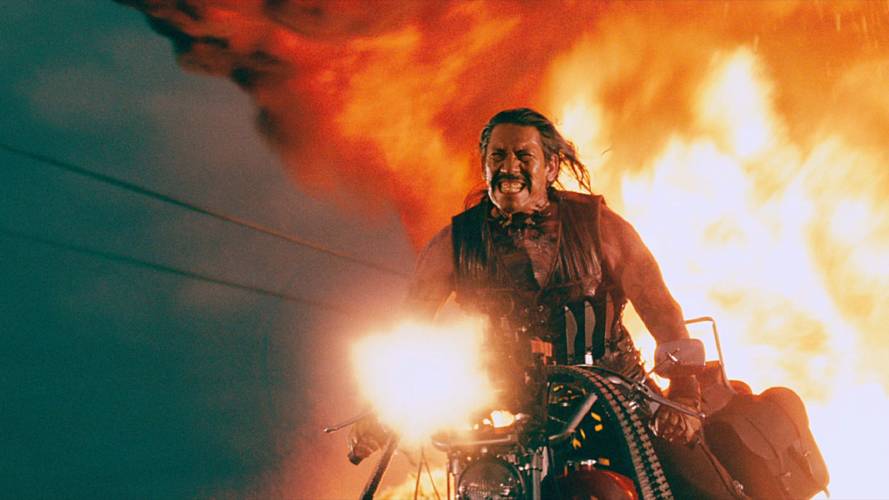 Dear Car Driver,Dear Bob, (although you may even be called Sarah, Peter or Trisha), Thank you very much for your concern today and talking to me...

Dear Bob, (although you may even be called Sarah, Peter or Trisha),

Thank you very much for your concern today and talking to me about riding a motorcycle. I was not aware that bikes are dangerous. But I am grateful to you for pointing this out as nobody has mentioned this to me before. Ever.

But as I told you it really is my choice. I made it at a young age and although I know you will this very surprising, I am very comfortable with my decision.

The reason why I wear leathers is not because you think I want to look sexy but to stop me losing my skin after you have hit me in your car when you were distracted while texting, shouting at your kids in the back seat or had spilled your coffee (delete whichever one you think is applicable), And it really was you, who hit me and sent me spiraling down the road on my back while my motorcycle, which you told the police officers you never saw, went off in the opposite direction.

I do not want to hear about your friend, cousin, distant uncle (you get to choose again which one) who lost all of his limbs and parts of his head after riding a motorcycle. You were not exactly clear how all that happened but I don’t need to see pictures of him, either before the accident or afterwards. Nor do I wish to know where your relative is buried.

At this point I’d also like to apologize to your six-year-old son Jimmy who has a large burn on his right leg from my wickedly hot exhaust pipes.

I know it was entirely my fault. But I did ask you not to let Jimmy play with my motorcycle as it sat in the parking lot cooling down. I distinctly remember too saying to you that it was not a good idea that you lifted Jimmy on to my bike’s seat for a quick photograph.

And of course I fully understand that Jimmy’s shoes are expensive. I do not mind in the least that that my motorcycle’s exhaust now has lumps of shoe plastic and child skin burnt on to it. I sincerely hope Jimmy is making a full recovery.

You are absolutely correct that my motorcycle is not a Yamasuki and of course I know precisely the 1960’s British motorcycle that you refer to that your grandfather owned and although I have never seen one based upon your description of it being green with shiny wheels. I agree it was very sad that your grandfather had to sell it because your grandmother told him to.

I believe I may have astonished you when I explained that motorcycles are allowed to lane split here in California. I understand you’d been sitting in your car in a freeway traffic jam for about 10 minutes when I tried to squeeze by. But as you had hoped moving the nose of your car into my way did make things a little harder for me. But I appreciate you rising to the challenge to test my low speed riding skills. But you avoided eye contact with me, which was a shame as I wanted to stop to thank you and shake your hand.

Although it’s more than six months since you moved in next door you still like to come out and mouth rude words and shake your head at me, when I start my motorcycle of a morning. I’ve seen you in my mirrors.

I suppose I could wait until you left in your car for your very important job counting paper clips for the government and then follow you out of our neighborhood. But I have decided against that as I have a feeling you may still be a bit cross with me. And you might unexpectedly slam on your brakes trying to find your cell phone that’s ringing somewhere in your car as you didn’t want to buy a blue tooth kit.

I think you were disappointed when I explained that although I ride a motorcycle I am not a Hells Angel. You told me you once saw more than 200 of them near San Francisco and they all had beards like mine and wore leather jackets just like mine.

And I believe you when you said you weren’t a bit scared and overtook them in your car with your kids pulling faces at them as you drove past at more than 70 mph. That must have made those Hells Angels laugh long into the night.

I am also remorseful that I have never watched the TV show called ‘Brothers of Anarchy’ that you told me about. I accept that you say it’s based on truth but even though my motorcycle looks to you like the type those bad guys ride I can assure you I absolutely have no plans to sell you drugs, shoot you in the head in the middle of the night and then rape your dog.

However, how about this? If you can stop telling me that motorcycles are dangerous and instead watch out for me on my bike when you’re in your car, I’d really appreciate it. Maybe you can put down your phone, coffee or magazine that you were reading as you were driving. Use your mirrors a little more and perhaps even show a bit of genuine courtesy to others on the road and not just me on a motorcycle.

Then, in return, I promise I will absolutely leave you and your extremely attractive dog alone.

Do we have a deal?