Why We Should Care About The Hövding 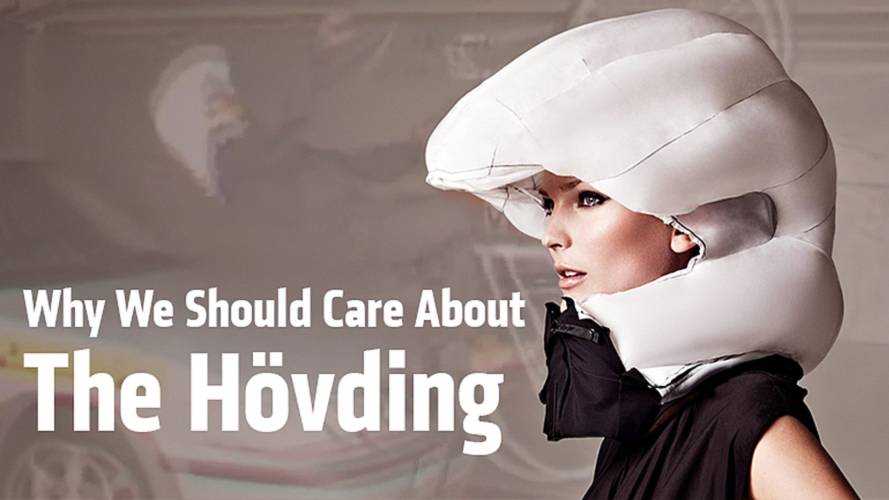 While airbag technology for motorcyclists has not reached the economic potential for mass consumption, wearable airbag technology is beginning to appear in consumer's hands elsewhere. The Hövding, a inflatable bicycle helmet invented by a couple of Swedish Industrial Design Engineers, points towards further expansion of this technology. This is a good thing for motorcyclists because it points towards growth and innovation of a technological solution that is still in infancy. Could this be the start of more affordable airbags for everyone?

Anna Haupt and Terise Alstin are co-founders of Hövding, a company based in Sweden that is developing airbag safety products for bicyclists and eventually maybe even motorcyclists. Initial research started in 2005 as the founders’ Master thesis, which spurred into a phase of further development for the following seven years. The product has been on sale since summer of 2012.

The Hövding is marketed as an “invisible helmet," but is actually a rapidly deploying, wearable airbag that takes the form of a protective helmet as it inflates. I got a chance to interview Anna recently; she was quick to point out the benefits of an air bag helmet: “Hövding is more than three times better in shock absorbance capacity than traditional helmets. Airbag technology protects the brain much better than conventional helmets.”

Ideally, we would all be wearing actively damped and sprung spherical shock absorbers on our heads when on our bicycles and motorcycles. These fantasy helmets would precisely sense the nature of the impending collision by calculating the angle of impact, the weight of the head in the helmet and the material qualities of the surface on which the impact will take place. Using all these parameters, the helmet would reorient itself for optimal surface contact and preload the spring and adjust the damping to minimize the g-forces that the human head will experience. Phew!

Modern helmets seem quite dull in comparison. But, airbags like the Hövding and the current offerings by Dainese and Alpinestars are a step in the right direction. Impact attenuation is greatly improved by the characteristics of the medium being compressed (in this case, air), and the distance over which this compression is allowed to take place. The use of air as the shock-absorbing medium allows for the protective device to be much lighter weight for the surface area and thickness of the protective absorber. For user practicality, an airbag concentrates the protective medium when it is not deployed and releases it rapidly into place only when it’s needed. This has the added benefit of allowing a designer the extra flexibility and room to add protection to areas of the body where, before, it would have been inconvenient to have it.

However, what would a motorcycle application look like? As motorcyclists, our helmets serve a couple other purposes beyond protecting our head in a crash:

Therefore, there is always going to be a place for the passive safety and insulation from the elements that a conventional helmet provides.

Current motorcycle air bag development does not, as yet, incorporate coverage of the helmeted portion of the rider. This is shown clearly in this picture of Marc Marquez that was originally referenced on RideApart.

However, inclusion of a secondary air bag system to augment the dynamics of impact on the helmet might be a unique and potentially revolutionary means of saving more lives out on the road. In a report published in June of 2012, the CDC reveals that: “During 2008–2010, a total of 14,283 motorcyclists were killed in crashes, among whom 6,057 (42%) were not wearing a helmet.” To me this points to two things: That helmet use is effective in limiting traumatic head injuries to a certain extent and that more research or data needs to be developed for fatal head injuries suffered by those who did wear a helmet. With that kind of data and research, the prospect of developing an auxiliary air bag system for coverage of the helmet might be a possibility, perhaps even a necessity. Of course, the current developments by Dainese and Alpinestars already deploy a lower support structure to support the head, but they do not yet protect riders from direct impacts to the surface of the helmet itself.

Back to the Hövding, I asked Anna if their company was planning on making an entry into the two-wheeled motorist market, to which she confirmed, “Yes.” This is good news folks. The more companies that enter into this nascent market the better.

Perhaps Hövding can incorporate some of the engineering and technical know-how it has used to develop the Hövding into an auxiliary air bag system for motorcyclists, providing protection for areas other than those covered by the helmet. Or perhaps, they can simply extend their sensor technology to our market, modified to our conditions, and allow a diverse range of makers to simply engineer and develop the air bag deployment structure and leave the complex sensors and algorithms to a third party developer. When asked about this, Anna replied that indeed their technology was transferrable and, “For the right price, that could be possible.”