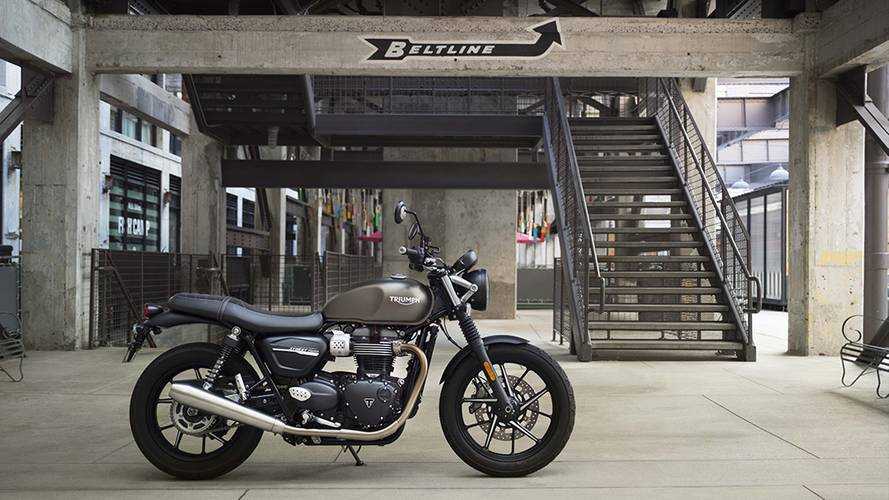 The best grin-to-giggle ratio around.

How do you measure “fun”? As far as we know, there’s no scientific method or mathematical equation to determine the fun factor in anything. When it comes to riding motorcycles, we personally like to measure fun in width of grins and level of internal giggles.

Now the real question is: what bikes will give you the ideal grin to giggle ratio? This is subjective, but we think you’ll agree with our choices. We decided to prepare a list of the most fun bikes you can get on for less than $10,000 (affordability definitely contributes to fun, right?). Those are our choices, what are yours? What's the most fun bike you've ever been on?

Kawasaki hit a home run when it upgraded the baby Ninja from a 300 to a 400. The bigger but also lighter entry-level sportbike had no problem winning reviewers and customers over and it regularly ranks on our list of favorite bikes currently on the market.

Though 44 horsepower doesn’t look like much on paper, the little parallel twin is tuned well enough that you never really meet its limits or feel like to don’t have enough power. At less than $5,000, the Ninja 400 is an easy choice to make.

Yamaha’s inline triple is recognized as one of the most unabashedly fun, twisted, and exciting engines on the market. In its FZ-09-turned-MT-09 iteration, the 847cc mill packs a serious punch on the performance front and with only 429 pounds to haul, taking full advantage of the triple’s abilities is an easy task. Some will even go as far as to say that at $8,999, the MT-09 is one of the best bangs for your buck on the market.

Everyone likes a good Duke. Frankly, we don’t trust those who don’t. Yes, they’re a bit moody and the throttle is twitchy—but that’s part of the spass (or how the Austrians say fun). Whether you find them too nervous or not, we can all agree that KTMs have character.

The baby Duke is no exception. Don’t be fooled by its size—the sub-400 single gives you the full Orange experience in a compact, beginner-friendly format. It’s also the only (new) Duke you can get on for less than $10k.

This bike deserves a place on our list purely for its personality. Performance-wise, it’s definitely on the anemic end of the spectrum, but it absolutely doesn’t matter. Once you ride on a Van Van, it all makes sense.

The comically thick saddle and fat rear wheel, the surprisingly smooth-running 299cc single, the miniature weight, the absolutely adorable look; the Van Van is the epitome of fun. Add to that the fact that the bike won’t go faster than 60 mph on the highway and there’s something inherently hilarious about the whole thing. We dare you, we double dare you, not to grin from ear to ear the first time you take it out for a spin.

The Monster 797 is possibly one of the most underrated Ducatis out there. The thing is,: there’s no reason it should be. Hear us out: it runs on the delightful 803cc desmo, which provides the great balance of muscle and refinement we experienced in the Scrambler Full Throttle.

Then, you get a slew of higher-end component because Ducati. Plus, you get all that good stuff for less than $10,000. Yes, you read that right. A Ducati for less than $10k. While the 1200 is pretty badass, don’t overlook the 797, you’ll probably enjoy it more than the flagship.

More Rides That Rank High On The Fun Scale:

Of course, we need a DR on this list. The series historically includes some of the most fun and versatile bikes of their respective time. In our day and age, the Suzuki DR650 currently is the DR flagship and probably the best dual-sport deal you can get. Comparatively, the price is the same as the 2018 Kawasaki KLR650 still featured on Team Green’s site and the price gets you a 2020 DR. Just sayin’.

The DR also has a reputation for being more adventurous than the KLR (sorry KLRistas!) We would have recommended the DR-Z400 but for $200, you get the bigger 650, more versatile Suzuki thumper so that’s a no-brainer.

The Honda CRF250L is a popular choice for all the off-road enthusiasts out there. Armed with an electric ignition, it’s one of the most elevated enduro models on the market. Honda added to the 250’s versatility when it introduced the CRF250L Rally—an adventurized CRF armed with a dual headlight, a windscreen, a taller suspension, and a bigger fuel tank. It runs on the same, proven, CRF250 formula but with a few added comforts for when you need to leave the trails behind and hit the tarmac.

It’s the entry-level adventure bike we all want and if our experience of the CRF250 is any indication, the Rally is like a sundae with a cherry on top.

The Kawasaki Vulcan is a real sleeper. It’s not the rowdiest, most popular model in Team Green’s lineup, but everyone who’s ridden one agrees that there’s a lot more to it than meets the eye. Because we’re inclusive, we thought we needed at least on cruiser on our list and the Vulcan deserved the spot.

It goes to show that cruisers can also be fun. Oh wait, nobody said cruisers were boring? Fine, I guess...

Who doesn’t like a good Bonneville? Bonnies have been putting smiles on people’s face since 1959 and the Street Twin is no exception. This Triumph doesn’t rely on ludicrous power figures to get us riled up—the simple pleasure of cruising on this Brit Beauty is enough to take us to our happy place.

Don’t get us wrong—at 65 horsepower, this entry-level Bonneville isn’t boring and it will give you ample satisfaction on so many levels. We’re only saying that you can't go wrong with a T.