The Avinton: from France with love and S&S power from Wisconsin! 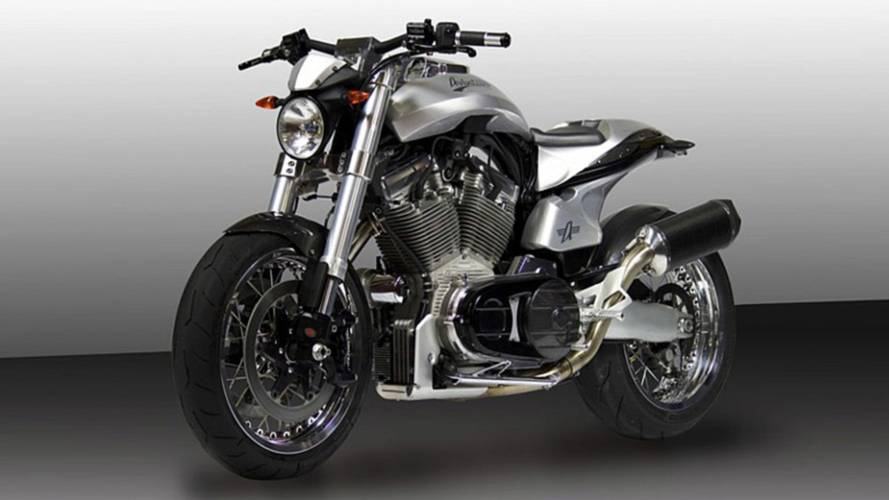 Rise From Your Grave!

“Taking into account the current economic situation, especially with the difficulties encountered in the motorcycle world, many must be wondering why we’ve established the Avinton concept. Only irrationality led by passion can justify my choice.” –  Cédric Klein, President and Founder, Avinton

Klein’s candor, if not his rationale, is extraordinary under the circumstances. He goes on to explain that in 2011 when he learned of the impending doom of the French-built forerunner of the bike now called Avinton—then known as Wakan—he couldn’t let the concept die. So, he obtained the intellectual property rights of the entire enterprise and with investors and supporters created Avinton.  Wakan had emerged in 2006 in the hunt for capital and an eager market, but apparently could find neither quickly enough to prevent an early exit from the market.

The intake side of things is handled by a Keihin 41 mm flat valve carburetor and an electronically controlled Vortec air vent control that opens at 2,300 RPM. Exhaust is a 2-into-1 Arrow carbon or stainless steel system, and the ignition is via single-fire reprogrammable CDI.

A belt primary drive takes the power to an Evolution ten-plate dry clutch and on through a five speed Andrews cassette transmission. Final drive is AFAM metallic chain.

The engine is a stressed member together with a tubular steel chassis that also acts as the oil tank. The front fork is an inverted 46 mm Ceriani unit adjustable for compression and rebound. Rear suspension is a Sachs mono-shock with 125 mm (4.9”) travel. Handling is likely to be quick with a 1,380mm (54.3”) wheelbase and 22° of rake. Seat height is 790mm (31.1”).

Single or double disc Beringer or AJP front brakes are available with 335mm (13.1”) discs and six-piston calipers. Rear braking is handled by a single 228mm (8.9”) disc with a four piston caliper. The Marchsini forged aluminum front rim mounts a 120/70 R17 Pirelli tire and the rear has a 180/55 R17. Spoked wheels are also available.

The Avinton is assembled one at a time by hand and is backed by a two year parts and labor warranty—any mileage limitations are not specified.

Nine models comprise the 2015 range: The “Finished Packs” are the Originale, Vintage, Deluxe, Grand Sport, Super Snake and Cult with ascending degrees of customization options available. The more-or-less standardized line is the “Collector” line-up with the GT, Race and Roadster versions. GT and Race models are heavily angled toward the aggressive sport rider’s tastes, while the Roadster is closer to the day-to-day rider or cruiser crowd’s tastes.

Targeting the high-end, exclusive-minded rider, Avinton is likely priced to match that market, though pricing data was not included in the release from Avinton. It's likely to vary widely depending on options the buyer selects. In addition, because the bikes are highly customizable by the buyer, the foregoing specifications are subject to change as the customer sees fit.