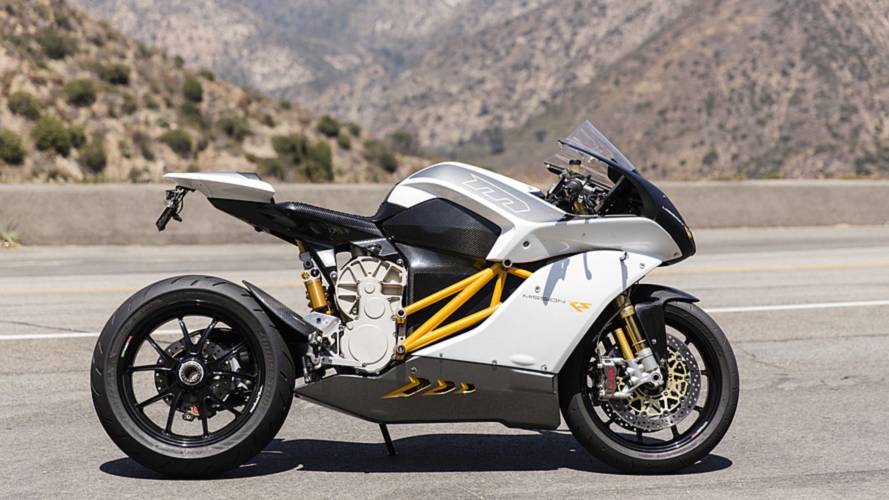 Mission's FutureLast week, I rode what’s inarguably the next step in two-wheeled performance — the Mission RS. How did a tiny San Francisco startup...

Last week, I rode what’s inarguably the next step in two-wheeled performance — the Mission RS. How did a tiny San Francisco startup beat not only established motorcycle manufacturers, but also its electric competitors to the punch? And where does Mission go from here? Company President Mark Seeger and Chief Strategy Officer Vincent Ip were prepared to talk details.

RideApart: Why hasn’t Brammo or Zero built this motorcycle?

Mark Seeger: It’s not a budget thing; their budgets are probably bigger than ours. It’s a philosophy thing, we simply asked ourselves how we could build a better vehicle. Any solution was on the table, nuclear reactors, anything.

Mark Seeger: If you look at the engineering on a bike, space and weight are the two big limitations. So, if you take the fundamental components of an electric bike — controller, motor, battery, ECU, Charger — you can choose to use off the shelf stuff where whoever’s designed it has made sacrifices and compromises to suit their own needs. Or, you can say, ‘This is my system, my bike, my dynamics. I’m going to maximize the space and weight I have to get the best power.’ And so, to do things like that, our controller is also a charger. We built the charging circuit into it and it uses the motor as a transformer. Expensive to do, but it means we don’t have an off the shelf controller and charger we had to design the bike around, which ended up saving a ton of weight, a ton of space and we get a better quality battery charger which is much faster. Because we started with a blank slate, those things were possible.

RideApart: What prompted the decision to put the bike into production?

Mark Seeger: Two things. Number one: the insane over-performance of our prototype. Number two: the demand. Before we’d sold anything, before we had anything branded, before we were doing any kind of production, people were aksing if they could buy it. It was crazy, people were like, ‘I’ll give you a quarter of a million dollars for one!’

Once you get that kind of feedback, you realize there’s got to be a business to it. And that’s when we started looking into the business model and what it would take to do it. And that’s where Vinny came in, he had a strategy where we could pull this off.

Vincent Ip: We started looking at what it would take to bring the bike down to $25 grand or $15 grand. At that point, we were giving up so much that we realized there’s a market for the bike you see here, for something that isn’t watered down.

After you’ve ridden the bike, you realize this isn’t some exotic one-off like the original MV Agusta F4, this is a real product that’s ready for consumers.

Mark Seeger: Many of our team brought experience from Tesla, where you’re looking at a paradigm shifting technology, but one that was architected so well that you don’t care about the technology, because it’s simply a better product. Apple did the same thing: all new technology, but the consumer didn’t care about that because it also happened to be a better phone. Once we conditioned ourselves to the idea that it could be done, we figured out the way to do it.

And here’s the trick: You have to engineer the products and the branding in such a way that people aren’t focused on, ‘Is that a four-core processor?’ No, it’s just a better phone. Tesla just builds a better car. Once you understand that feeding it into the architecture of the bike, which then translates into the engineering requirements, which then translates into technical decisions, that’s how you design a bike.

You don’t ask yourself how many kilowatt hours you can fit in or how many batteries you can strap on; it’s the other way around. This is the emotional appeal I want and these are the performance specs that that turns into. You work backwards and the engineering is the last thing you do.

That said, our engineers hate those discussions because they want to know the engineering parameters and we’re like, ‘We don’t know, you tell us!’

RideApart: Why haven’t Brammo or Zero made those same decisions?

Mark Seeger: When you say you want to build a bike that costs $19,000, then you have to ask yourself how you do that. You have to compromise and bring prices down. But, if you say that you simply want to build a better motorcycle, then you work backwards to get there. You end up with a higher price point, but you have to embrace your price point. Instead of targeting a price and specing down to meet it, we’re building an ultra premium bike and one that you’re going to be excited you paid the money for because the experience is so emotionally compelling. You’re going to fall in love with it.

Vincent Ip: This works for motorcycles better than it works for cars because we all love our bikes. Purchases like that allow a higher price point. We’re free to build a dream bike because it’s going to capture people’s imaginations.

RideApart: What’s the next step?

Mark Seeger: 48 months. We’re on track to deliver a bike that outperforms the one you just rode on range and acceleration and all that stuff, but for around a $15,000 price point. That’s 48 months away. We want to make this performance accessible for most people. Our volume only needs to be in the very low four digits to make that work.

Beyond that, I think the future is product ranges. What’s parked out there is a powertrain or powertrain philosophy that has an applicability on a lot of different things, even within just two wheels. And there’s a lot of people who would love that kind of power in a different form factor. The moment you start going down that ladder to a lower price point while increasing performance, you can suddenly produce lots of things.

Vincent Ip: Think ADV bikes, where you need lots of control. Ever aspect of your throttle response, all your maps, all your engine parameters are now fully adjustable to an infinitesimal level in real time. That’s already there. Once we can get our range up, we can actually look at limiting power consumption to further expand range and make an ADV bike possible.

RideApart: Why isn’t Honda selling us a Mission R?

Vincent Ip: They just can’t do it, their business strategy doesn’t allow it. All their costs are amortized across their whole line; if you buy a bike right now, in order to bring it out, they have to pay for that technology for the next 10 years.

Mark Seeger: Companies like Honda have priced in the depreciation of their legacy technology for the bikes they’re selling today. So, they have to sell that model for x number of years before it’s paid for. So, even if you gifted them a technology package, they’re still paying for last year’s model, this year’s model, the two years ago model, etc. They have certain business limitations that are anchored in their technologies that they have to pay for.

For us, we started with a clean slate. We had to make the same investments everyone else has made, we just made them in a very smart way that has obsolescence designed into it, future proofing designed into it.

The reason we built our own hardware is for total control over the upgrading technologies. Some of those we can predict, some we can’t. Regardless, the bike has to last five to ten years and stay relevant with all our new products. So, when you design that into your balance sheet from day one, you can adopt new technologies as they’re available.

Our services model is new too. Honda has a revenue model that depends on service. We have zero. I’m not exaggerating, there is literally nothing to do to that bike other than brakes and tires. That’s it. We have to requirements for a servicing revenue stream to pay for lots of things. That means we can have better customer service. If you crash a bike or something happens, we will come to you with the parts, wherever that happens to be, and fix it. That’s a much better experience than taking it to some random dealer where you might get ripped off. We can do that because our powertrain has a single moving part.

RideApart: Are you getting pushback from potential buyers on range and recharge times?

Mark Seeger: I drove here from San Francisco , this is my third or fourth trip. I have zero range anxiety. Where you’d normally stop for gas, I do the same thing and have lunch while my car chargers for free.

What you do from a product design point of view is you make the bike at least as good as what is out there. That was our minimum threshold: our bike cannot have less range than a gas bike. And, the second thing we can do is make sure that the thing charges fast, in a way that’s useful. So, when you have short breaks, you can add meaningful range.

140 miles of real world range on the highway translates to 230 miles in city riding. That gives you the kind of range you’re used to. 140 miles is actually better than most performance bikes.

Vincent Ip: The other thing we’re doing is allowing you to track and analyze all your ride data. So, you can pull out all your parameters, overlay them on Google Maps and share it. Owners can analyze each other’s rides and figure out how someone else put in a 600 mile ride in a day. They stopped here, took this route, waited this long, etc. By sharing information, you’re helping people get more from the bikes.

Mark Seeger: This all came about because we just wanted to buy something that wasn’t available in the marketplace. Now it is.

Vincent Ip: Mark actually snuck the first order in the second the books opened. All of us are buying our own bikes at the full price.