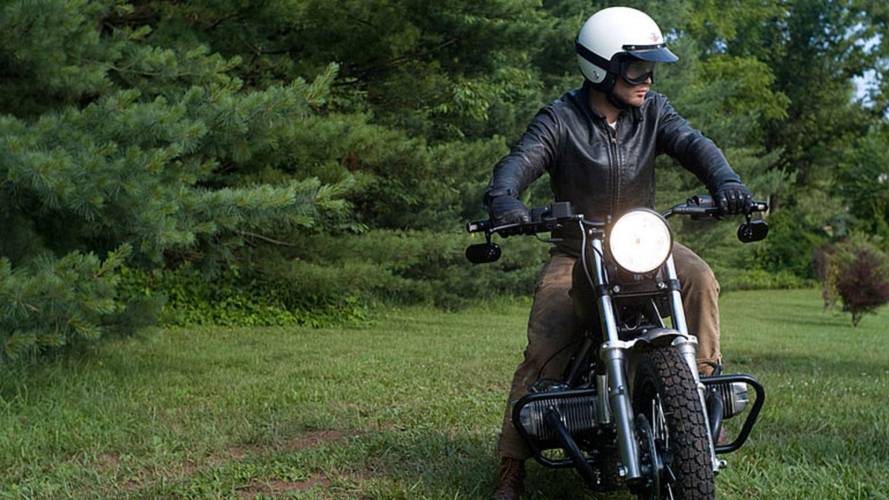 I already know that motorcycles are "dangerous." This is an open letter to everyone who finds out I ride a motorcycle.

Let me stop you right there, mmmm-kay? I can tell by that little intake of breath what's coming next. Thank you in advance, but I already know that motorcycles are "dangerous." After nearly twenty years of riding on the streets, I am aware; telling me now will not be a revelation. It is not an insight into my lifestyle that has remained hidden from me until this, the moment of epiphany when you shine the light of outsider wisdom on my foolhardy choices. This is an open letter to everyone who finds out I ride a motorcycle.

There are ways I can minimize the risk — by riding defensively, riding sober, knowing my own and my machine's capabilities, etc. — but I also know there are some risks that are simply beyond my control. But you know what? There a lots of risks that are within my control. We've become so pathologically risk-averse that for most people it is inconceivable to assume any additional risk no matter how much joy you might get back in return.

You want to know what's truly dangerous? Not taking any risks. Hanging out with like-minded middle-of-the-roaders. Absorbing the same brain-ossifying stuff from media factories every day. Jogging. Putting helmets, flotation devices, and auto-deploy epi-pens on your kids every time they leave the house. Passivity. Not paying attention to where your car, or your life, or you country is going.

If you don't get that, that's OK. I'm not trying to convert anybody, but here are a few tips to save us both a little aggravation:

You don't need to tell me the horror story about your uncle's buddy who wiped out his chopper while drag racing at some hooligan rally. That just makes me wish I were talking to your uncle's buddy instead of you. He sounds pretty cool.

Do not — do NOT — tell me about the time you almost Sausage Creatured a biker because you "couldn't see him" or he "came out of nowhere." I have never known a bike to come out of nowhere, but I have seen plenty of cars pull a Crazy Ivan and turn into a lane occupied by a biker or make an impromptu un-signaled left turn in front of an oncoming me. If you're expecting me to share your outrage at the temerity of bikers to be in the lane you want, you're more deluded than a goldfish with a passport. I can't make you see bikes. I can't make you hang up your phone. They won't let me mount a .50-caliber machine gun to my bike. So really, there's not much I can do to change the outcome of your anecdote, so save it for your coreligionists who also have stick-figure families and giant softball stickers with the name "Tailyr" or "Flynn" or "Shyly" on their rear windows.

I do wear a helmet, as a matter of fact, along with other protective gear. But, the fact that you "certainly hope" I wear a helmet is so condescending it makes me want to ride a tricycle completely naked doing doughnuts in your front yard screaming Beastie Boys lyrics at midnight. Trust me, you do not want that. My buttocks are extremely pale and unsightly, especially in the moonlight.

Please, do not complain about bikes parking in car parking spaces. Where are we supposed to park? If they let us park up on the curb like in Europe, we would totally do that, and precious few parking lots have motorcycle parking areas. Most cops already have a hard-on for bikes, so parking anywhere but in a designated spot is asking to be impounded.

Yes, I know, some bikes have very loud exhaust. Maybe it's obnoxious, but at least you knew they were there, didn't you? They say loud pipes save lives. I don't know if that's true, because there hasn't been a serious comprehensive study of motorcycle safety since 1981, the poetically named Hurt Report. And yes, I know, at one point you probably saw some kid riding his 600cc sport bike at 100mph doing a wheelie down the freeway. He's a squid, and he'll either grow up or just take care of himself. Some bikers do crazy things. Anti-social things. Unsanctioned things. I don't represent him and he doesn't represent me — that's the great part of being a biker.  I could be a Lowbrow Weirdo or Antoine Predock or Lyle Lovett or just whatever I want to be.

If you're really so all-fire concerned about my safety, don't preach at me. Just do me this one favor:  pay attention when you're driving. Keep your greasy fingers off your touch-screen, put down your phone, use your turn signals and lay off the booze before you get on the road with me. You take care of your part and I'll take care of mine.

But hang-gliding, man, that is crazy.

Carter Edman is an architect, writer, and rider in Cleveland, Ohio. He teaches "Motorcycles and American Culture" and other courses at Case Western Reserve University.