Time To Be Optimistic About American Motorcycles? 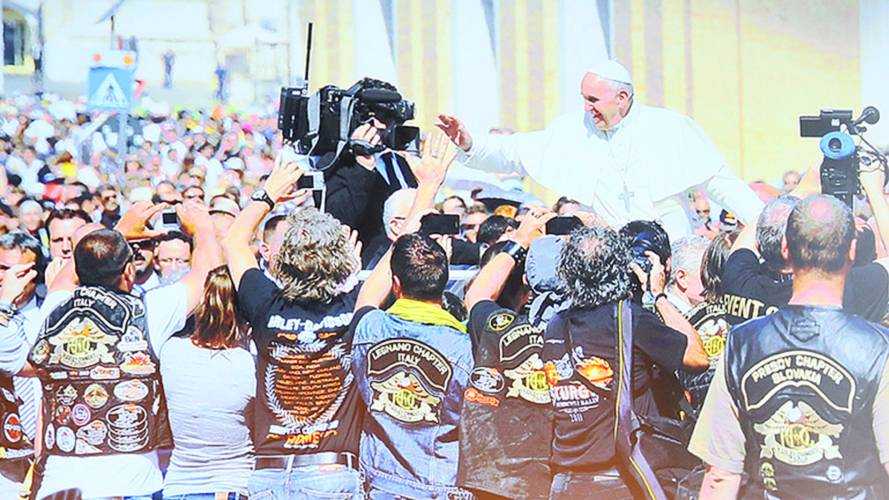 Time To Be Optimistic About American Motorcycles?I maybe wrong but I have feeling that finally, after years of stagnation with one player dominating...

I maybe wrong but I have feeling that finally, after years of stagnation with one player dominating the market, we could be on the brink of seeing something truly interesting about to happen in the American motorcycle industry.

I’ll admit it’s been hard for me not to get swept along in the hyperbole of the recent Indian Motorcycle launch and then last week to listen to Harley-Davidson executives at the 2014 model year launch telling us that it’s going to be upping its game and begin to make innovative, better engineered bikes than it has ever done in its 110-year history.

You could take all this chest-thumping rhetoric with a pinch of salt and say we’ve heard it all before. Tell us something new. But there are some fundamental things that, to my mind, have changed. Which make me optimistic that finally we could see some truly great American motorcycles again.

And here’s why: We’ve not ridden the new Indian Chief yet. We plan to do that in a month or so when we can really take a long hard look and test the bikes over a longer period of time rather than just a quick launch ride.

However, some of our motorcycle media colleagues, who have ridden the Indian Chief range, say they are astonished at just how good they are. Not just in terms of build quality but also at how well they ride. Now this is from a group of persnickety, critical people who very rarely hold back when there is something bad to say about a new motorcycle. One guy in particular, who is known for never being impressed with any new bike, told me: “I tried really, really hard to find something wrong with the Indian. And I just couldn’t.”

Indian Motorcycle has had a pretty rough history with a variety of owners who over promised but delivered very little. It was only when Polaris Industries stepped in three years ago and bought the company lock, stock and barrel that things began to look up.

In just 27 months — I’ll write that again — In just 27 months, Polaris managed to design and manufacture a range of Indian motorcycles that has received rapturous acclaim from everyone for being true to the name, modern, well built, keenly priced and each riding as good as they look.

Polaris is definitely in this for the long haul. Even without Indian Motorcycle it has absolutely nothing to prove. This is a company with a huge portfolio in the powersports industry and as a group made more than $3.2 billion in revenue in 2012 alone. It has the money, the skills and expertise. The consensus is that if anyone is ever going to make money and a real success out of Indian Motorcycle then it’s going to be Polaris.

And, on top of that, it’s using American workers, predominantly American suppliers and it manufactures its motorcycle here in America. And we haven’t even touched on what it has achieved in getting Victory Motorcycles up and running and doing well.

For most companies it would have been more than enough to launch a ‘new’ motorcycle company and a small range of bikes and then sit back and try and keep it ticking over. But Polaris has made it clear that the Indian Chief is just the start. It plans to have a much broader representation in other segments of the market as well. There’s been heaps of speculation. Some of it’s preposterous and some of it’s entirely possible. More knowledgeable people than me have even suggested the next Indian bike could be another Scout, which I sincerely hope is not true, as if my memory serves me correctly they were, at the time, pretty hopeless.

Polaris won’t tell us what the product plan is but they are definitely working on something other than just making big cruisers for Indian Motorcycle.

I think the biggest problem Polaris faces is finding dealers prepared to take on the franchise. They, the dealers, will have to know the market and have a good existing customer base. You can have the best bikes in the world, but if you don’t have the right retail network with the right business ethic to sell them, you’re just not going to succeed.

I know for a fact that Indian Motorcycle is on the hunt right now for the right dealers. I have a number of friends who run non-franchised motorcycle stores that have been approached about becoming Indian Motorcycle dealers. Several of them are cautious and have asked Polaris to tell them more about future product introductions. What is clear, they tell me, is that Polaris is prepared to play the long game. It’s happy to wait and do it right and will pick and choose its dealer network accordingly. And, it has the funding to get those dealers off the ground and up and running and selling Indian motorcycles.

Back over in Milwaukee it’s all change too. Harley-Davidson has had it too good for too long. It’s also an easy target for the nay-sayers to take a swipe at. The current bikes have been called everything from agricultural to hopelessly outdated. I don’t agree with any of that. Overall, its motorcycles are pretty good for what they are. Expensive, sure, but they’re very well built and clearly have some attraction or why else would Harley-Davidson corner 80 percent of the cruiser/tourer market sector here in the U.S. and be the one manufacturer bucking the sales trend in Europe where big motorcycle sales are in a steep decline?

And regardless of what the critics say, Harley-Davidson has been around for 110 years and I am sure will be around for at least another 110.

I don’t always agree though with the way its customer service program works and perhaps the lack of any real competition has bred complacency in Harley-Davidson from the dealer upwards. But, I think all is about to change.

Last week, the highly secretive Harley-Davidson company held up its corporate hands and admitted publicly it needed to change. Its Project Rushmore development plan that began four years ago looked at every aspect of the company from the workforce, manufacturing processes and design to what customers wanted from its motorcycles.

The management team said it’s not been an easy task. And full credit to them too, as it has steered the company back into the black, through one of the worst global recessions on record, and is now making money again. As a company, it’s undoubtedly a little leaner and a little fitter. The arrival of rival Indian Motorcycle in its 110th anniversary year and in its backyard has in part I think made Harley-Davidson stop and take stock of itself and make some really big decisions about its future.

You can scoff at the newly launched water-cooled engines on its 2014 Touring bikes and say Harley-Davidson should have done that years ago. And that everyone else in the motorcycle world has more advanced technology on far better bikes. But, I think you may be missing the point here.

Harley-Davidson has recognized that it needs to do something and has already started (four years ago) to take some serious actions to move the entire company forward. Although it’s not revealing its hand yet, the management team we heard from and talked with last week were deadly earnest when it said these huge changes to its 2014 motorcycles is only the start. And I, for one, believe them.

To cut model cycles from five years to three years, as Harley-Davidson has now done, is huge. To have 30 percent of your engineering staff focus on innovation and engineering technology is huge. To actually stop and listen to your customers and act upon what they tell you is even bigger. And all of this was evident in the detail touches on the Touring bikes we rode last week.

I can’t wait to see what brand new Harley-Davidson motorcycles are going to look like and be like in the next three years because that’s what I think we are being promised.

In both camps — Indian and Harley-Davidson — it’s still going to be a case of wait and see. I’m a cynical industry observer at the best of times, but based upon what I have seen and heard in recent weeks, I really think in the near future there is going to be some great reasons to once again celebrate the American motorcycle industry.