Notes from the Lost Tribe: the 2012 International Motorcycle Studies Conference 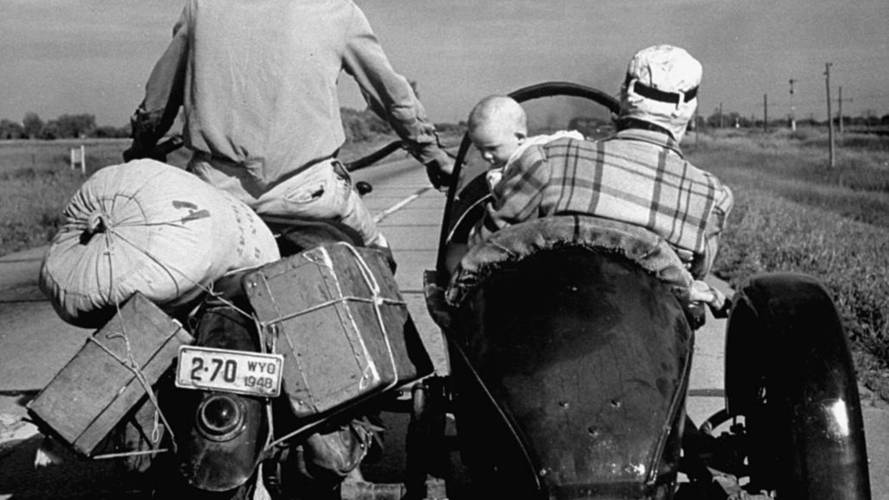 It seems there is no tract of jungle so dense it hasn't been mapped, no tribe so remote they haven't been the subject of three dissertations and two documentaries. Reclusive Yanomami in the Amazon have Pepsi t-shirts. Nomadic herdsmen in Outer Mongolia are tweeting about their favorite fermented horse milk. Likewise, every single possible American subculture seems to have been dissected, investi...

It seems there is no tract of jungle so dense it hasn't been mapped, no tribe so remote they haven't been the subject of three dissertations and two documentaries. Reclusive Yanomami in the Amazon have Pepsi t-shirts. Nomadic herdsmen in Outer Mongolia are tweeting about their favorite fermented horse milk.

Likewise, every single possible American subculture seems to have been dissected, investigated, and described to the point of utter exhaustion. There is no fresh territory. No group so weird, no misfits so misfitty they haven't been absorbed. Well, none except for one: you, the motorcyclist

But how can someone really study bikers? The most fractious bag of contrarians, hippies, nihilists, Dudes, adrenaline junkies, Zen junkies, "nicest people," criminals, elitists, anti-elitists, dentists, hipsters, and guys like you and me who of course do not fit into any labels at all. If they can be defined at all, it is only by the central biker paradox: a group of non-joiners. Loners in gangs. Herds of cats. Asphalt Ahabs on monomaniacal quests for the transcendent 11-dimensional whale that hides in the apex of a turn or on a desert highway.

Last week, I attended the 2012 International Motorcycle Studies Conference in Colorado Springs, CO. Most academic conferences spend a lot of time taking a hair that has already been split seven ways and trying to see if you can split it one more time and still call it a hair. The hyperspecialization will continue, I guess, until every individual has their own personal researcher following them around. This conference was the opposite of that. While there is a lot of talk out there about "interdisciplinary" whatnot, here was a truly eclectic group of people studying what they're passionate about from a bunch of different angles.

So who goes to a conference like this? These are academics in engineer's boots. Professors who ride – who seriously ride. Almost all of the attendees are bikers, many have been riding since the 1960s or 70s, and some rode to Colorado from as far as LA, Maryland, or Florida. BMWs were heavily represented in the group, some Ducatis, some HDs, and a couple Japanese sport bikes. There was even one CanAm, but no non-HD cruisers; I don't know if that means anything.

They teach in a variety of areas: English, Sociology, History, American Studies, History of Technology, Anthropology, Philosophy. There was one filmmaker and (ahem) one architect. For many of them, I get the impression they pursue research in motorcycles without a lot of support from their departments or colleagues. I think they study this because they can't not. They are both the subject and the object of study. They are Donald Johanson and Lucy rolled into one. Jane Goodall and a chimp.

So what do they talk about? "Give me liberty or give me death," was the opening quote of the first presentation, an apt beginning for a narrative talk on patriotism and biker culture by Charles Johnson of Valdosta State University, but also for the whole show. The next presentation, by J. Richard Stevens of UC Boulder, was about Captain America and how he changed over the decades with American culture, and how the motorcycle in the comic book stories, toys, and movies participated in that change. Then Jeffrey Montez de Oca of UC Colorado Springs dissected the opening drag-race scene from the movie "Black Rain" in the context of the late-80s economic and cultural climate. I'm not going to list every single topic, but what I'm trying to say is, there was some very unexpected and surprisingly fascinating stuff right off the bat.

Some of the presentations might be more what you would expect. What makes a vintage bike valuable – not just the price but the value? What caused the decline of the British motorcycle industry? (Answer: it's complicated. If you're really interested in this, you should get Steve Koerner's book The Strange Death of the British Motorcycle Industry. His presentation was very in-depth, and he has obviously done a tremendous amount of first-hand research.) Of course, we talked about the Coco Chanel / Kiera Knightley / Ducati video.

This is just a random sampling of the 22 presentations plus one film, "Fugue for Motorcycle." They ranged from technical topics to fashion to helmet laws to Existentialism to gender issues to motorcycle literature. Some of the best discussions were actually not in the lecture hall, but in some of Colorado Springs' finest drinking establishments, where freewheeling debate mixed with road stories.

Was this a little nerdtastic? Sure. But honestly, if you can't shamelessly geek out about obscure 80s turbo-charged bikes or a short-lived anarchistic/punk biker mag in London in the late 70s called "On Yer Bike!" then what's the point? We can't let our culture be defined by the innumerable bullshit reality biker shows (which, come to think of it, we never talked about – maybe because they don't have anything to do with anything). We own this.

Authenticity is very important to most bikers, it seems to me. I guess you can say that for most groups, but it seems especially true for us. We like to sniff out phonies and snarl at outsiders who claim to understand us, so one of my first questions about this conference was whether these people were the real deal. Would this just be detached ivory-tower types judging and analyzing us with post-Freudian mumbo-jumbo? Will they really "get it"? Well, they is us, and they do this because they is us. It was totally genuine, and genuinely fun. It's great to know there is this small group of people standing up and saying, hey, this is legit. This is real scholarship. It reminds me of Dr. John saying, "Your steak ain't no hipper than my pork chop / Your Cadillac ain't no hipper than my bus stop / Your champagne ain't no hipper than my soda pop." Your Homer ain't no hipper than my biker life.

The next conference will be in 2014. You should go. If you can't wait that long, check out the International Journal of Motorcycle Studies. Now make no mistake, this is a peer-reviewed scholarly journal, so expect serious articles, not "An Ode to the Road." You might also check out the book "Motorcycle" by Suzanne Ferriss and Steven Alford, the editors of IJMS. Put it between your "Big Book of Deus" and your unread copy of "Zen and the Art of Motorcycle Maintenance."