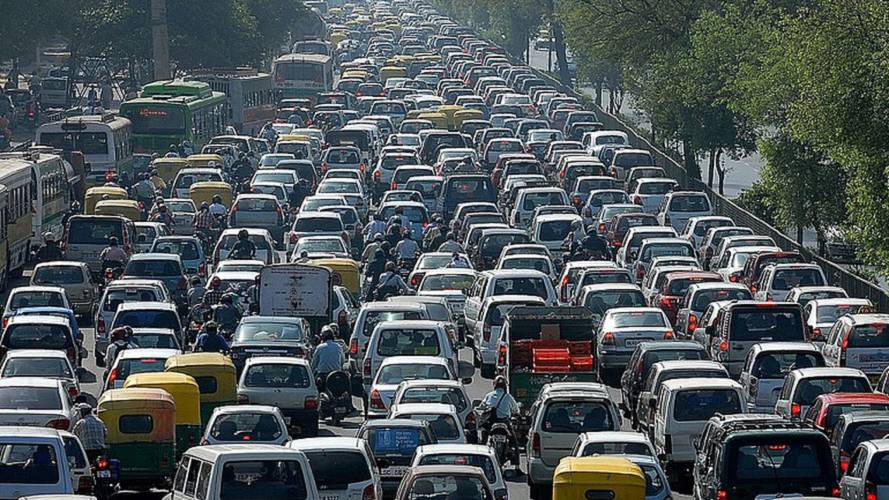 The attempt to pass a true California lane splitting law hits another snag.

The California Lane Splitting Law saga continues. A recent California lane splitting bill that was meant to formally legalize lane splitting in the state—we'll get to what that means in a moment— has stalled out. The bill was co-authored by a Democrat and a Republican and appeared to have a great deal of support, as it had been approved by the Assembly—and one of the reasons it has been put on hold may surprise you.

First, though, let's take a look at why the bill had garnered support. There are two main fallback arguments that riders in favor of lane splitting offer in defense of the practice. I'll lay them out here, for any new riders (or cagers) who might not get why it's such a big deal.

To understand why motorcycle riders choose to split lanes, it's important to understand the nature of riding a motorcycle—especially through heavy traffic. The physics of riding a motorcycle are very similar to those of riding a bike—if the bike stops moving, it'll tip over. And the slower it goes, the more difficult it can be handle. A motorcyclist is constantly in motion, and in stop-and-go traffic there's a lot going on. The left hand is working the clutch to keep the bike from stalling at low speeds, the right hand is covering the front brake as well as managing the throttle (again, to prevent a stall), and when traffic is lurching along like an inchworm, the rider's feet are constantly leaving the footpegs so that the rider can put his or her feet down and literally walk the bike if the traffic speed drops into the single-digit range. This is not necessarily something one wants to do on an interstate packed with cars. Ironically, there is considerable amount of danger involved in going too slow on a motorcycle.

And then there's the weather. A safe rider follows this acronym: ATGATT - All The Gear, All The Time. Wearing your helmet, jacket, boots, pants, and gloves while sitting on top of an exposed, running engine, radiating heat into the triple digits? It can be warm enough when you're zipping along at 70+ mph, but when you're sitting in a traffic jam in the San Fernando Valley and it's 105 degrees out? That is the opposite of fun, and can be potentially deadly. The best way—really, the only way—for a motorcyclist to keep cool (and avoid heat exhaustion or heat stroke, both of which will cause the rider to pass out and crash) is to keep moving.

See all those cars? And their brake lights? That's why we split lanes.

READ MORE: Learning How To Lane Split In One Of America's Most Congested Cities

Both of these reasons are why lane splitting isn't illegal in California. And in light of the state's heavy traffic and long hot summers, those reasons make a lot of sense. Indeed, California law enforcement has generally been in favor of allowing riders to split lanes.

The problem for riders as well as drivers? It's not technically legal, either. California law doesn't prohibit motorcyclists from splitting lanes, but it doesn't give any specifics as to when and how lane splitting can be performed. That's a problem because California drivers aren't given much in the way of information when it comes to lane splitting, why it's done, and (most important) how to keep an eye out for riders who split lanes so that no one gets hurt. An attempt was made in 2013 to include lane splitting guidelines in the California Driver's Handbook, but those were removed after objections were raised—due to the fact that there are no formal lane splitting laws.

California Assembly Bill 51 would have changed that. The bipartisan bill, authored by state Assemblyman Bill Quirk and Assemblyman (and former California Highway Patrol officer) Tom Lackey, set forth concrete guidelines for lane splitting. Motorcyclists would be prohibited from going no faster than 15 mph over the speed of surrounding traffic, and capped the overall rate of lane splitting speed at 50 mph.

The bill passed the California Assembly, but has been tabled for the rest of the year. The reasons for this are numerous—from concerns about how to enforce the law to pressure from, ironically, motorcycle interest groups. The American Motorcyclist Association, for instance, found the rules too restrictive. That's a bit of a headshaker. There doesn't seem to be any reason why a rider would need to move between cars that are themselves moving at an acceptable pace, and again, having a codified law would mean that drivers could be formally educated on lane splitting—and the loophole that may allow them to dodge criminal penalties should they hit a rider that is safely and legally moving between lanes would be closed.

Still, it seems likely that the bill will become law. Proponents of lane splitting all seem to agree that creating specific guidelines for lane splitting will make the roads safer for everyone: riders will now have a clear understanding of how fast they're allowed to go when splitting lanes, and drivers will be responsible for knowing that yes, it's legal. (Whether or not it helps them to keep an eye for riders is a different story.)

READ MORE: Should Lane Splitting Be Legal In All 50 States?