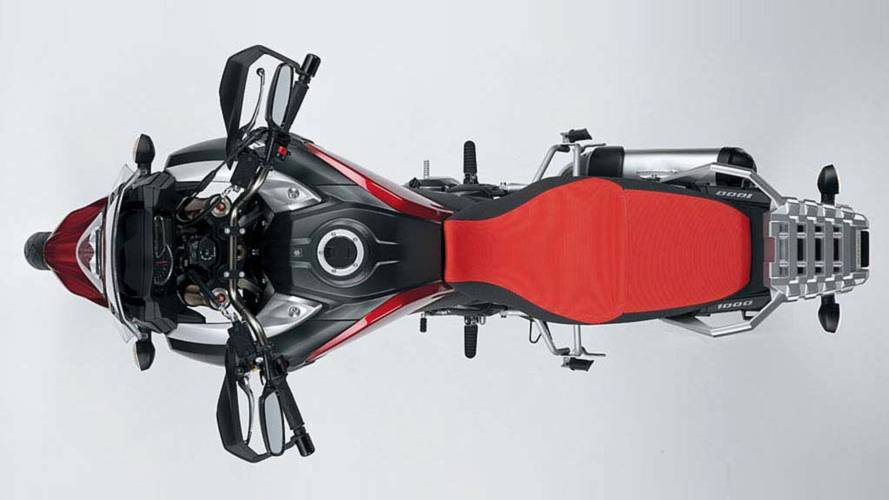 Details of the 2014 Suzuki V-Strom 1000 are slowly being released. The latest news? Details of its engine performance and character, including the fact that it'll be the first Suzuki equipped with traction control.

With the new V-Strom, Suzuki will become the last major manufacturer to adopt the technology. We had to look it up, but Honda fits TC to the VFR1200 now, even if it is conspicuously absent from the firm's performance bikes.

"V-Strom has a 'V' in its name; therefore we focused on emphasizing the character of the V-twin engine," describes engine designer Eiji Sasaki. "With their unique low rpm rumble and strong high rpm, V-twins are very unique. However, they can be tricky to ride at low speeds due to their increased combustion shock.

"Therefore, our development theme was to make it smoother at low-to-mid range rpm for touring while maintaining the free-revving nature at high rpm," he continues. "As the engine was originally designed as a sports bike engine, it naturally has a free-revving character at high rpm. So our focus was on how to develop the engine character to make it easier to control at low-to-mid range which the rider will use on a regular daily basis.

"We have refined the fuel injection settings, increased inertia, added twin spark plugs, and redesigned the magneto. In fact, nearly all internal parts have been extensively redesigned; it will feel like a totally new engine to anyone familiar with the previous model.

"In addition, the engine design must also contribute to comfort as well as being fun-to-ride. There is another development team who are working on designing the engine sound; they have worked hard on producing a comfortable, deep sound while reducing uncomfortable engine noise and vibration.

"Considering its touring capability and the V-Strom’s identity, I have a key phrase for the engine development, which is 'Wide range power.'

"In my opinion, a V-twin powered touring bike should have a fun-to-ride, sporty character so that the rider can take full advantage of its nimble handling and the lightweight, compact package to enjoy spirited riding on winding roads. To achieve this character, we need to build an engine which has a broad spread of power.

"Of course, a comfortable cruising experience is an important factor. However, in my opinion the V-Strom should be considered as an on-road oriented sport adventure touring machine. This engine produces maximum torque at just 4,000rpm which tells you it has wide-range power.

"There may be questions on why we didn’t go up to 1100cc or 1200cc, but increasing capacity also produces a bigger, heavier motorcycle which would have prevented us from achieving our targeted character. Our focus is on real-world performance rather than a number shown on a spec sheet."