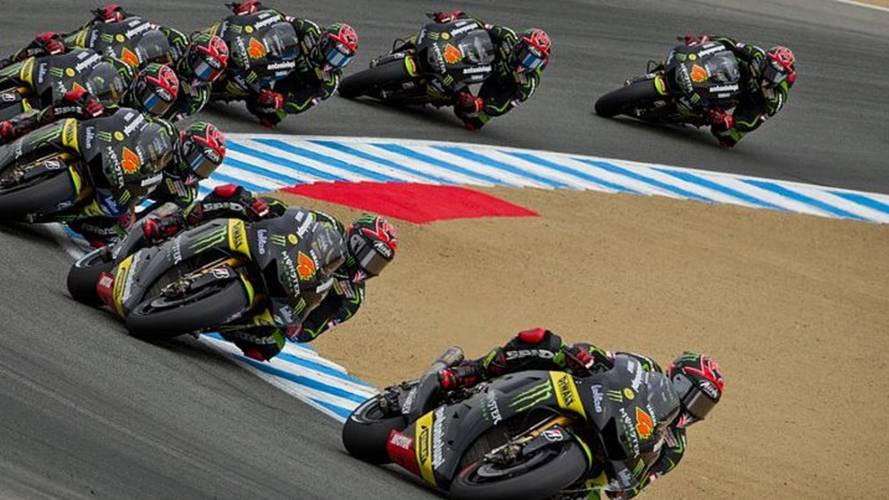 It’s time for the motorcycle industry to have a serious think about its priorities, because they're looking bizarrely skewed right now. The classic mantra tells us that winning on Sunday sells on Monday, but is this really true, or indeed relevant? If ever there was the perfect time to drive up the decimated sales figures of bikes and scooters, this is the time. Fuel is gaspingly expensive and ...

It’s time for the motorcycle industry to have a serious think about its priorities, because they're looking bizarrely skewed right now. The classic mantra tells us that winning on Sunday sells on Monday, but is this really true, or indeed relevant?

If ever there was the perfect time to drive up the decimated sales figures of bikes and scooters, this is the time. Fuel is gaspingly expensive and while the price fluctuates it always goes up more than it comes down again, it rises rapidly but falls slowly, traffic congestion is choking our motorways and cities and it’s summer time (no really, it is...), the best time to promote two-wheelers anyway.

In addition, some new research from Belgium has shown that if 10 per cent of car users took to two wheels, overall journey times for all road users would be down by 40 per cent and overall economy and emissions would be significantly improved too. Everyone benefits from an increase in motorcycle usage, even those in cars, a message which could not be more positive.

So what is the industry doing. Spending money on marketing all these advantages? Putting right the misconception that two wheels are a dangerous way to travel? My daughter had a knife pulled on her on a daytime train journey near London last week, that wouldn’t have happened if she’d been on a bike. Hers is hardly a rare incident, yet we’re told trains are safe... Door to door, taking all dangers into account, you can often be much safer returning home late at night on a bike or scooter than taking public transport.

All this is tailor-made for a powerful marketing campaign, yet the motorcycle industry remains resolutely silent about its many powerful advantages.

The reason? We’re told it’s money, that the industry simply isn’t big enough to market itself in the national press, on TV or on major websites. This is of course a self-fulfilling prophesy: if you’re not selling many bikes, you don’t generate the income for strong marketing to boost those numbers.

The industry does have the money though, the problem is that it’s spending it - lots of it - in an astonishingly unproductive manner: racing. The classic mantra tells us that winning on Sunday sells on Monday, but is this really true, or indeed relevant?

Who do we need to be selling two wheelers to? Commuters, utility users, people after secondary transport for their families... many people who have no idea World Superbikes or MotoGP even exists, and certainly a potential customer base with very little interest in motorcycle racing, who will be influenced not a jot by who’s winning at Silverstone, Mugello or Assen.

Among those of us who know bikes and are enthusiastic about them, readers of Motor Cycle News for example, what kinds of machines are selling well? Adventure bikes, naked machines, all-rounders... none of these are being raced. And the categories in the biggest decline? Superbikes, which are doing very badly, while the supersport 600 class has imploded. Most manufacturers have dramatically slowed or ceased altogether development of 600cc sports bikes, yet while the left hand is doing that, the right hand is still busy pouring money into racing them, or racing to promote them.

Does winning races even sell bikes in the relevant road bike categories? Maybe it has some influence, but factors which are clearly more important include performance in magazine group tests, value for money, dealer reputation, reliability, comfort... There's a clear and undisputed correlation between bikes that do well in magazine group tests, especially MCN's in the UK, and subsequent sales performance, yet there's none at all between race winning bikes and sales of their related production road versions.

Racing won’t go away if the major players stop spending, it won’t even get any less exciting. Motorcycling generally though will benefit enormously from a redirection of those very substantial funds into marketing two wheelers properly and effectively. Right now, it looks like nothing more than a very expensive self-indulgence, a luxury at a time when the industry can afford no such thing. There is no alignment between what the industry is trying to sell and where it’s spending its promotional budgets.

Kevin, an extremely pale Englishman, writes for the Sunday Telegraph, MCN and a long list of other publications including Ash On Bikes, where this article originally appeared.