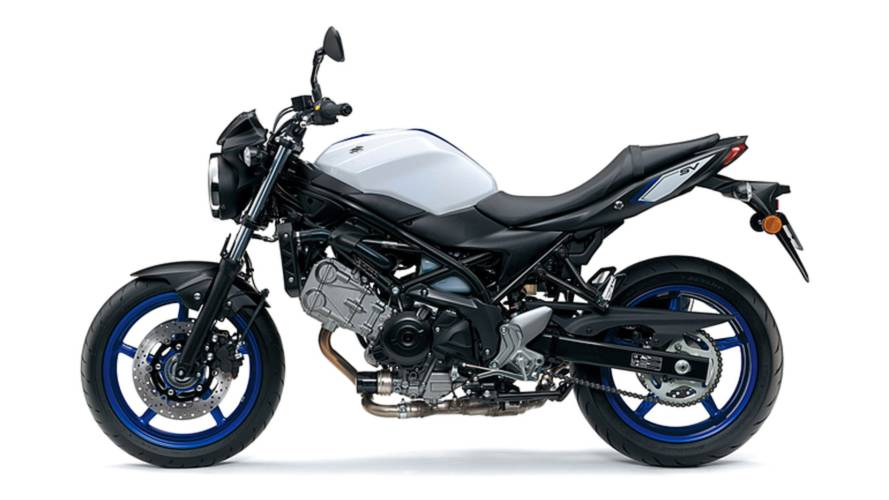 Taste in bikes is as varied as motorcyclists themselves. Passion drives bike decisions much more than practicality, and that's awesome.

It's OK to like a motorcycle that doesn't make sense

I want you to imagine the following news article showing up on RideApart:

The world of motorcycling has been rocked by the sudden realization that old guys on internet forums have been right all along.

"Yeah, we were getting ready to introduce all of these new sub-models for different niches at EICMA this year, but then we realized...none of them are the Suzuki SV650," said Norubi Sakamoto, VP of Marketing for Yamaha Motor Co. Ltd.

"The new strategy is to tell potential customers: 'Look, if you want a supersport, a cruiser, a touring bike, whatever...what you really need is an SV650,'" stated Ducati North America Head of Sales Sergei Antonov. Despite this news, it doesn't appear that Suzuki is ramping up SV650 production anytime soon. When approached for comment, Suzuki's Tetsuo Kawakami stated: "We are currently stepping up procurement processes for used SV650s to re-sell within our dealer network. Nobody buys new bikes; it's a bad deal. Why would you buy a new bike when you could just buy a used SV650?"

Regardless of potential supply issues and job cuts at Suzuki, their future is looking very bright indeed.

"Whether they know it or not, everyone wants an SV650," stated William G. Davidson, shortly before setting fire to the museum and factory started by his grandfather in Milwaukee.

Sometimes it seems like our friends who aren’t that into motorcycling understand our hobby better than we do ourselves. My best friend, who aspires to nothing more substantial than the Honda MB5 he bought for basic transportation years ago, sees motorcycles as tools. Every bike is an expression of a particular rider’s needs. To him, there’s nothing unusual about someone preferring a Harley-Davidson over a Ducati, or buying a Vespa over a V-Strom. There are dozens upon dozens of motorcycles available for sale at any given time, and all of those different styles appeal to different niches within our community.

It's hard to argue with the charisma of an MB5

Many hardcore motorcyclists, on the other hand, tend to become downright evangelical about their ride of choice. If you casually bring up that you’re interested in a new bike, the conversation seems to invariably come around to one of two things: you ought to buy the type of bike that they like, or you should buy an SV650.

Now, don’t get me wrong. The SV650 is a great bike, and it deserves every single fan it has in this hobby. It’s a great bike for a ton of people, but it’s not the only choice for everybody. When I mention a new small-displacement bike that I’m interested in, it’s the one bike that is more often than not suggested as an alternative.

I love small bikes. When I was in high school, my dream motorcycle was a Yamaha TW200. Scratch that - my dream motorcycle IS a Yamaha TW200. I live in a small suburb of Akron, Ohio called Cuyahoga Falls. It’s equal parts hipster settlement colony and idyllic milquetoast suburbia. I can ride to the store, the gym, the post office, and anywhere else I’d want to go in town, explore nearby Cuyahoga Valley National Park, and check out a show in downtown Akron all without exceeding 40 miles per hour. In short, it’s small bike heaven.

While I understand that something like a TW200 or a Vespa Primavera or a Honda Grom isn’t the ideal choice for most riders, I’m glad those bikes exist because I’m exactly the kind of guy that can use them for their intended purpose and enjoy every minute of it. It’s the ideal choice for me. It’s disheartening then to constantly hear people who should understand this hobby better than anyone tell me how much more bike I could buy for the money. Sometimes, for some people, less is more. I’m one of those people.

Think of it this way - imagine you’re shopping for a nice sports car for yourself, and you’re trying to decide between a new Porsche Cayman S and a Chevrolet Corvette Grand Sport. You’re talking it over with your buddy and he suggests the following:

“For eighty grand, you could buy a nice fullsize SUV. You’re just getting way more car for the money. Why would you buy anything else?”

You can't talk about impractical passion in motorcycling without talking about Italian bikes.

At the end of the day, passion and enthusiasm always wins over logic. We just tend to buy what appeals to us, and that’s part of what makes motorcycling great. But let’s look at logic for a second, and look at bikes as tools. If someone needs a hammer, it doesn’t matter how good a screwdriver they could buy for the same money when what they really need is a hammer. If someone’s looking to scratch that small bike itch, or touring itch, or sportbike itch, or cruiser itch, encourage them.

You know why they sell so many small bikes? Because some people want small bikes.

Do you know why they sell bikes that aren't a Suzuki SV650? Because not everybody wants an SV650.