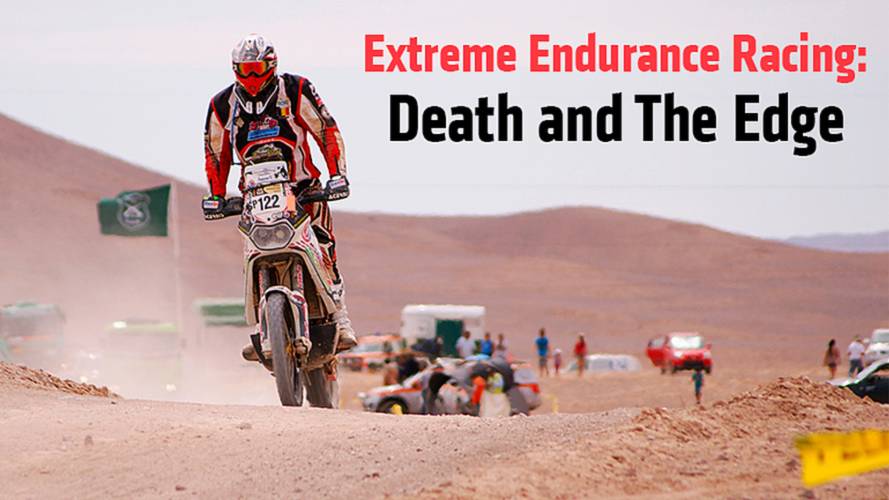 Very few of us could or would actually want to tackle these motorcycling Everests like Dakar and the TT, but the fact that some people do that inspires us.

Belgian rider Eric Palante died last week in the 5th stage of the Dakar Rally in Argentina. Palante was a veteran rider — one of the best in the world. Last year, Dakar rider Thomas Bourgin was killed in a collision. At the 2013 Isle of Man TT, rider Yoshinari Matsushita was killed during a practice run. In its 102-year history, the TT has claimed 240 lives. Motorcycle racing is a dangerous sport, but these two races are the extreme edge of the motorcycling sport, where even the best of the best may be felled.

Safety concerns are always an important issue in these races, and questions are naturally raised after fatalities, but outside of the controlled environment of a race track, there is a limit to what can be done.  The danger is inherent.

Contrast this with the upcoming Olympics, where competition is colorfully packaged in the most palatable and banal possible manner. Sure, at the level of the athlete, the Olympics represent the pinnacle of a lifetime of utter, unflinching dedication, but at the level of the institution, it is the cross-breeding of politics and advertising. Incredible physical achievements made boring by marketing monotony and tedious hype.

Events like Dakar and the TT do not have mass appeal like the Olympics, and the fame of these riders is very limited, even among bikers. It would not be fair to say the danger is the appeal for fans. It’s not the thrill of possibly seeing a crash (this isn’t NASCAR) but the exhilaration of watching the testing of the limits of human mental and physical acuity and stamina. It’s the people who are awed by those limits, understand the challenge, and who ride themselves that love the sport.

Like the day sailor who follows the races of half-mad solo around-the-worlders or the recreational pilot with a signed photo of John Glenn on his wall - however humble our own limits may be, some of us dream of testing them.  We admire those who transcend the atmosphere we breathe.

These are not Walter Mitty fantasies, but a reaching upward and outward. Very few of us could or would actually want to tackle these motorcycling Everests like Dakar and the TT, but the fact that some people really do that inspires us.

In spite of all our precautions and prudence, there is always some danger on two wheels. We feel it. We take no joy is seeing a great matador be gored; our thrill is when he deftly grazes the bull’s back as the beast passes by. We respect the bull, but we do not root for him.

As devotees, we often feel like we know these people, and news of these deaths is tragic.  Especially because it is such a special interest, it sometimes feels like a very personal loss. We also know that, if we were called on to eulogize them, our first line would be, “He died doing what he loved.” In truth, a better remembrance would be, “He lived doing what he loved.”