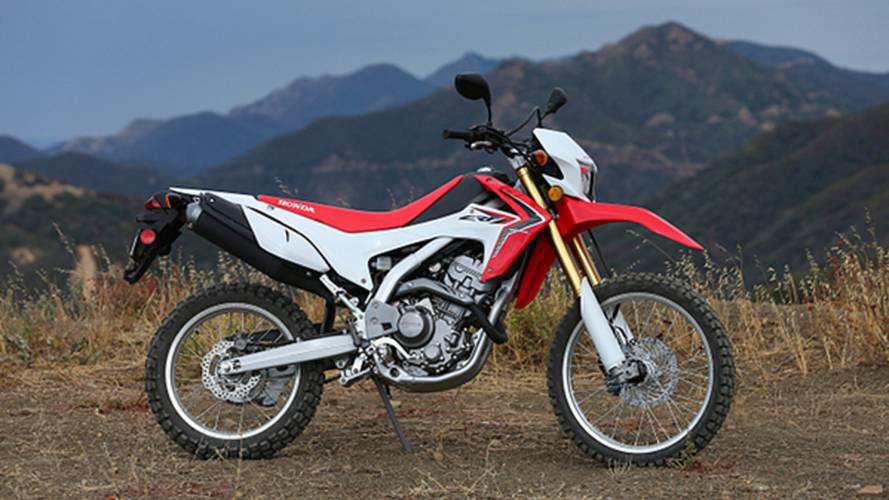 Ridden a Honda CBR250R yet? You should, it’ll utterly change the way you think about size. It matters, yes, but not in the way you think. By being smaller, lighter and simpler than most other modern motorcycles, it recaptures a purity of experience and purpose others have been lacking. In short, it’s clean, simple fun. In an era of excess, it’s welcome counterpoint. Equipped with the same en...

Ridden a Honda CBR250R yet? You should, it’ll utterly change the way you think about size. It matters, yes, but not in the way you think. By being smaller, lighter and simpler than most other modern motorcycles, it recaptures a purity of experience and purpose others have been lacking. In short, it’s clean, simple fun. In an era of excess, it’s welcome counterpoint. Equipped with the same engine and priced similarly low, this new Honda CRF250L promises to take that appeal off-road. Can it? I spent most of yesterday riding it in the mountains above Santa Barbara, California to find out.

From CBR to CRF

Ride the two bikes back to back and you’d be hard pressed to tell they use virtually identical 249cc single-cylinder motors. Where the CBR is all mid-range and top-end, the CRF is all bottom and mid.

The first time I sat on a CRF250L, at Laguna Seca, I was able to bottom the preload-adjustable rear suspension by heavily bouncing my 172lbs on the seat. Not a positive sign. But, riding it through rocky fire roads in the Los Padres National Forest yesterday, it didn’t bottom once. The 9.8 inches of travel through the non-adjustable, 43mm USD forks and 9.4 inches at the rear was instead soft, but well-damped and positively plush.

And this is where that tire compromise pays off. Riding along the kind of single-lane mountain roads that’d be scary as hell on a big sportsbike, which would be unable to get out of 1st gear, you can simply fly on the little CRF. The tires grip all the way to their edges, the long-travel, plush suspension provides excellent feedback and simply soaks up huge bumps There’s just a ton of fun to be had.

Surely there’s something wrong with it?

Other than those tires being a little too road-focussed when you’re not on the road, I only had two problems with the CRF:

1. At 6’ 2”, the bike was just a tad too small for me to stand on comfortably. Taller bars would help, sure, but the only place you can grip with your knees when you’re tall like me is from the gas gap forwards. That’s not much real estate. Stomp Grip will help.

2. The bike lacks crash protection and the radiator pokes quite far outside the frame, protected only by a thin piece of plastic. I’d want bars on that before I handed the bike to a complete n00b.

CBR250R, NC700X and now the CRF250L. What we’re seeing here is a major return to form from a brand that once defined the idea of affordable, fun, friendly motorcycles. No components on any of these bikes are terribly innovative and their overall concepts are convention defined. Instead of more power or lighter weight or better handling or carbon gew gaws, what all these bikes do is work with an overall cohesion that elevates them far above their relatively humble spec sheets.

Pick any three of those bikes and, no matter what your skill level, no matter what kind of riding you like to do, no matter how small or fat or tall or tiny you happen to be, you’ll have an absolute blast riding them, you’ll be comfortable doing so, you’ll get great fuel economy and you’ll be able to afford to buy them.

TL;DR: Every bit as good as the competition for $2,000 cheaper. Dual sport motorcycling distilled to its versatile, awesome essence. $4,500, 74mpg.