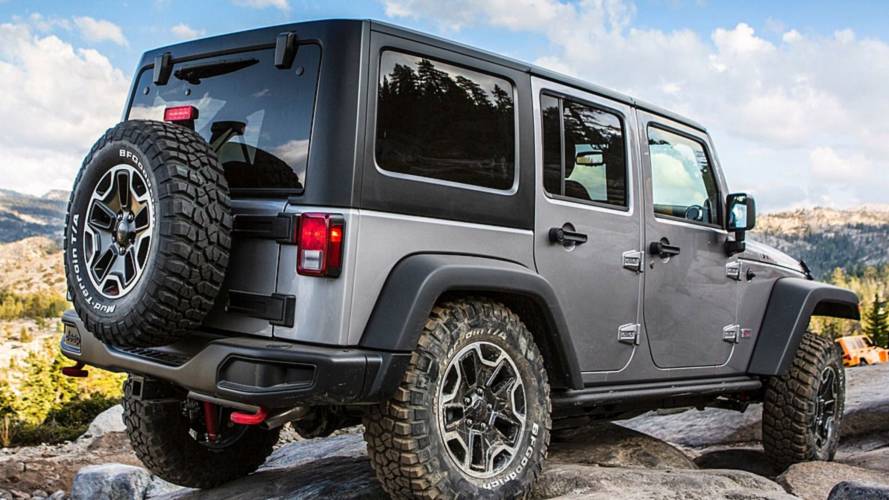 I know what you're thinking. Well, maybe I don't, but here's my best guess: A four-wheeled vehicle on RideApart? What gives? What gives is that sometimes in life you need support. In this case we are going to build an adventure spec chase rig that can carry supplies, people, and equipment as far as a motorcycle can. The difference is it can carry more.

Adventure motorcycle riding is my second favorite past time (no second guesses as to the first). The down fall to that passion is the inability to share it with family. My wife and my kids can't ride pillion on back country trails, and none of them currently ride. So there's a need for a vehicle to get them to where I want to go.

This is where Project Overland comes in. We're going to take a 2015 Jeep Wrangler Unlimited Rubicon Hard Rock and turn it into a trail vehicle. One that can go almost anywhere off the asphalt, but can still grab groceries, eat up highway miles when needed, and return decent fuel economy.

Hopefully, we will get some sponsors on board to make this work! In the meantime, here's a review of the Jeep Rubicon Hard Rock with some comparison to the standard Rubicon.

Special edition vehicles are always interesting. While they often are simply a status symbol in the luxury and sports car markets, in the off road segment they try to add functionality.

Original article published on 4WheelsandaMotor.com and check out our Featured Partners:

Starting in 2013, Jeep created a more off road capable special edition with the 10A package. This was to celebrate the 10th Anniversary of the Rubicon and had limited numbers and serialization plaques. Realizing they had created a money maker they continued the same specifications, but now called it the Rubicon X for 2014. 2015 rolls around and there's another name change but the same package—the Rubicon Hard Rock.

What do you get for your money?

Well, first you take the already ridiculously capable Rubicon and add an AEV designed steel front and rear bumpers. Almost everything else is the same. There are some stitching changes, color differences, the top is the Premium Sun Rider versus the standard top, and the Hard Rock comes standard with leather seats. You also get access to the Premium EVIC computer system, connectivity and bluetooth, which is standard. The Hard Rock also lists a slightly higher ground clearance. Not sure why as they are identical equipment, but it is also three inches taller with the soft top installed.

Is it worth your money?

That's a hard question to answer. If the feature differences appeal to you then yes it certainly is. Optioning the standard Rubicon to match would get you to almost the same MSRP, but without the bumpers. (Rubicon with options is $39,570 versus Hard Rock at $39,495.) When you look at it in context you get a free bumper and the heat reduction hood upgrade. Recently shopping for these items cost anywhere between $1000 to $2000 for a decent set of bumpers.

What is the plan?

With a new 2015 Hard Rock in hand we're going to turn this daily driver into a trail worthy rig that can still do daily duty as a grocery-getter. It needs to maintain good MPG for longer trips and be self sufficient enough to get out of most tough spots. From there, we will look to make it camping friendly as well. There's nothing quite like exploring the great outdoors and then sleeping under the stars.