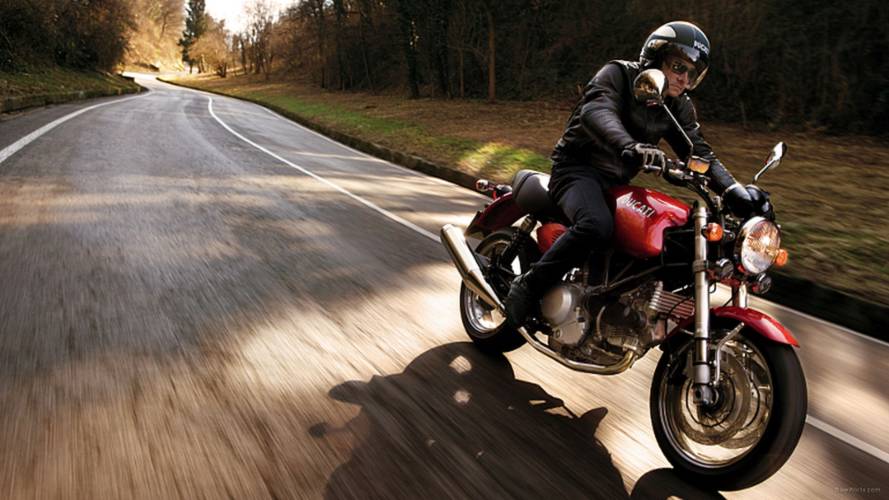 Looking for a retro bike? We've listed the best retro motorcycles you can buy with real world and expert riding insight here.

Nothing tugs at our emotions like a beautifully-styled retro motorcycle. Those classic lines, that gorgeous round headlight, the sculpted tank - it all of it traces back to a time when motorcycles were pure. Classic machines are at the root of everything we ride today, from their attempts to "do the ton" or go off-road. It's no surprise there is still a huge market for newer, more reliable versions that retain the retro attitude and look. Here are the best retro motorcycles available right now.

The V7 is undoubtedly a beautiful machine. I spent a few months with it's V7 Racer sibling and I've never been stopped more with questions or been told "nice bike" more often. People even took photos when it was parked. Personally, if it were my money, I'd take the V7 Stone over the racer as I prefer the riding position, tank finish, and price, but all of the models in this lineup are beautiful. RideApart's Wes Siler reviewed the Moto Guzzi V7 Racer Record, the two sharing the same engine while receiving different aesthetic treatments and extra bits. The Guzzi's are far more rare than your average Triumph, and showing up to your local rally will certainly turn heads.

At RideApart we are big fans of the Ural, if for nothing more than that their uniqueness just makes them so damned cool. They make a motorcycle with a sidecar and if that isn't enough for you, I don't really know what to tell you. Wes managed to break himself on one in the middle of nowhere and then had the cojones to accept an invitation for his next ride to take place in SIBERIA. Great thinking bud, I can't poke any holes in a plan that involves getting as far away from civilization (and hospitals) to ride something that can be a tad fickle. The Ural Solo sT is the solo version which means that while you'll look 75% as cool as you would with the sidecar, you'll be 90% less likely to pull a Wes.

OK, I know the Continental GT was released last week to little fanfare and that the entire motorcycle community, and by that I mean you guys because no one else matters, pretty much hated both the press shots as well as the bike itself. However, it's still a really nice looking motorcycle. The hipster in me loves the looks and the fantasy sports player in me likes the new unknown toy more than the older, known, under-performer. Yes, it's too expensive. Yes, it has some really cheap components. Yes, the rear shock reservoirs are upside down. BUT, if I had an ungodly amount of money and wanted to show up to the local retro-bike cafe on something no one else had, I'd spend six grand to have this thing in my garage.

Had to try the whole helmetless thing my first time in AZ. Most terrifying 3 miles of my life. Never again.

I owned a 2010 Triumph Bonneville for a few years (the one Jamie rode in an episode of our YouTube show) and am quite biased towards it. Yes, it's heavy. Yes, the "upgraded models" are actually worse than the standard model. Yes, those are fake carburetors. However, it's also the original, at least in my mind, of that style, and it feels the most classic to me. The engine is also woefully neutered, meaning that with a few dollars and few small upgrades, you an increase the bikes performance quite a bit. Their are a ton of aftermarket products available to tailor the bike to your imagination. Plus, the engine sounds like sex. Like I said, just a small bias.

The Honda CB1100 is probably the best performing bike of the group. It feels like riding a Japanese standard motorcycle, albeit somewhat of a heavy one. Honda did a good job of not simply recreating their CB's of old, but instead created a new bike inspired by the motorcycles of the past. This is the best option if you actually want to feel safe on your retro styled motorcycle, especially with the addition of ABS brakes. Wes absolutely adores this bike, choosing to ride it over most everything else we had while it was at the RideApart office.

Let me tell you about my friend Ken. Ken has the most beautiful bike that I've ever seen (short of 30k exotics). Ken's bike has a round headlight, a tank that looks a little like the CB1100's only with far better paint and nicer detail, and real sportbike brakes and suspension. Ken's bike sounds like an angry bear having noticed you poked her cubs with a stick, which becomes a lot scarier when you see that sportbike rear tire and those beautiful gold rear shock reservoirs hanging off the back. It is then that you realize she's a capable beast. Ken's bike is the only one on the list that is substantially faster than my Bonneville was, not to mention that it also looked and sounded better. We used Ken's bike in this short video about how to load a motorcycle into the bed of a truck and I, the bonehead that I am, forgot to take pictures of his motorcycle for our website. Ken's bike is a used Ducati Sport Classic 1000 and he is way cooler than the rest of us.

What do you think? Did we miss anything?