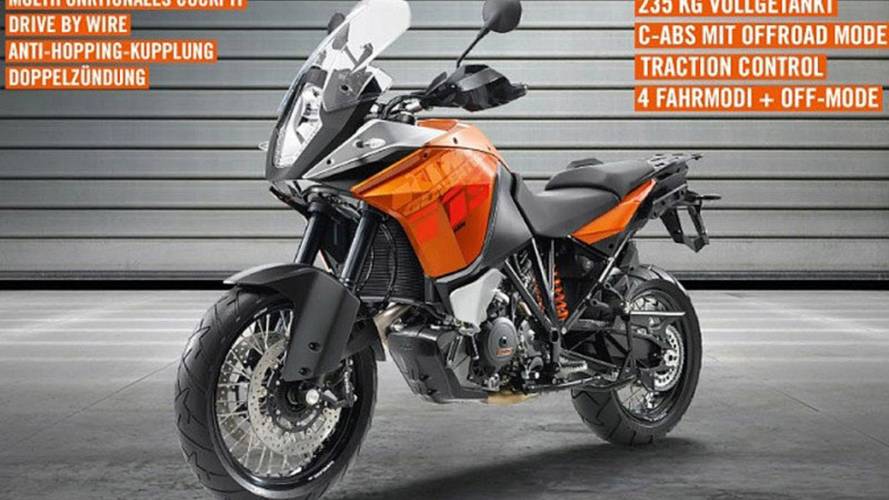 This image of the new KTM 1190 Adventure appeared for a brief time earlier today on KTM's own website. In addition to the...functional looks, the image obviously reveals a number of mechanical details, including the 148bhp power figure, 518lbs (wet) weight, switchable ABS, traction control, drive-by-wire, switchable throttle maps, twin-spark ignition, slipper clutch and yes, even variabel sitzposition und windschild for all the various sizes of fuhrers und frauleins out there.

Going back to KTM's leaked product plans from last year, we can see two mentions of ADV bikes: an "Adventure R 1090" for 2013 and an "Adventure 1290" for 2014. Obviously, there's some departure between those plans and the name/capacity of this bike, but a conclusion can still be drawn that there is a further model in this vein coming soon. Our money would be on something a little more off-road oriented, not only is this thing 56lbs heavier than the outgoing 990 ADV, but it appears both more complicated and more road performance-oriented thanks to all that horsepower.

via Motorcycle.com and ADVRider