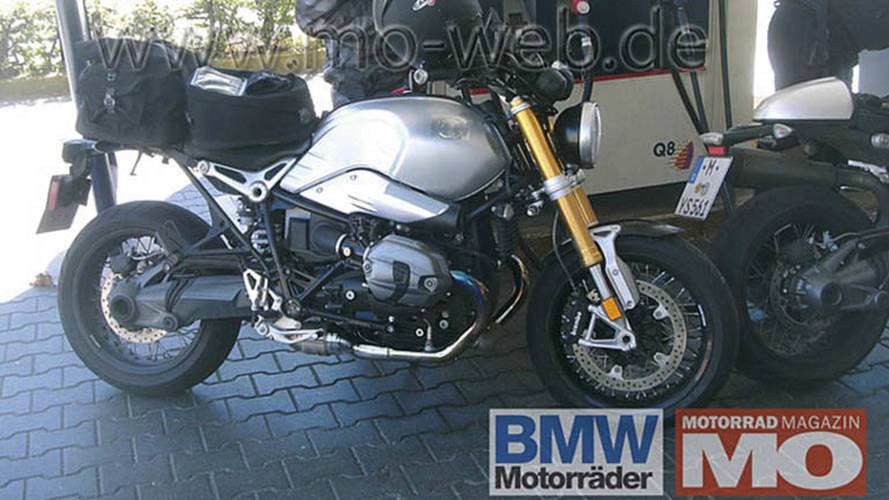 A Motorrad Magazine reader has captured the first photos of the upcoming 2014 BMW NineT retro roadster. Based around the company's outgoing air/oil-cooled 1,170cc boxer motor, the NineT gains telescopic forks and cafe-ish styling.

The NineT (yeesh, that name) celebrates the 92-year history of the German brand. It's the production version of 2008's "Lo Rider" concept bike.

Beyond the telescopic forks, the greatest departure from BMW tradition is the heavily stylized exhaust. As this bike is all about recapturing vintage emotion, expect it to make quite the racket.