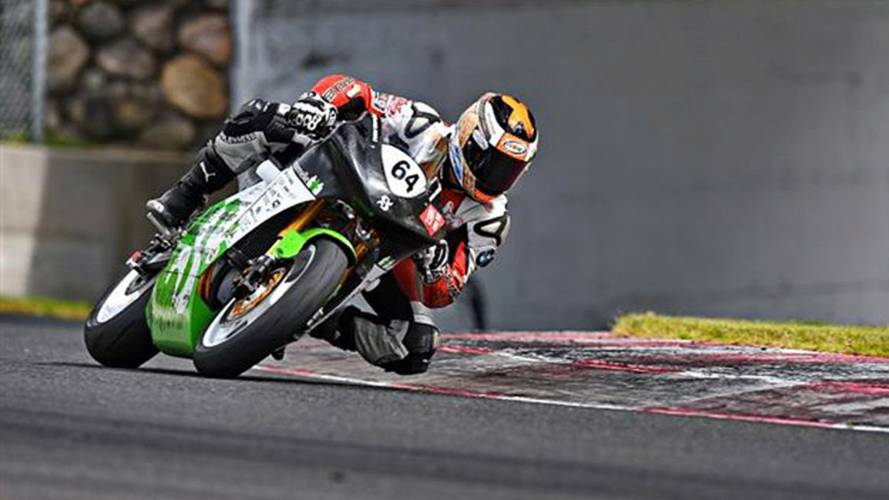 With a bit of know-how and a whole lot of dielectric elbow grease, a pack of Canadian university students built themselves an electric motorcycle with as much power and panache as a 600cc supersport.

The 200-horsepower electric bike is called the EMUS – an acronym of Electric Motorcycle Universite de Sherbrooke, the place where it was built. While EMUS may be a curious name, the motorcycle seems pretty normal at first glance. The monocoque chassis positions the powerful electric motor just aft and above the swingarm pivot, with the battery pack centralized in the middle and the plumbing for the cooling system routed underneath.

Felix-Antoine Lebel, a PhD student in electrical engineering at the Universite de Sherbrooke in Quebec, is the captain of team EMUS. Several years in the concept phase, the students decided to build their own chassis rather than adapt an existing frame to house the motor. Lebel said that this approach would give students more control over the total design and ensure a high standard for both speed and reliability.

The students also designed their own batteries as well as all the programing, monitoring, and control systems for the EMUS. According to Lebel, the machine has power equivalent to a current Yamaha R6 or Honda CBR 600. (With 200 hp on tap, perhaps he’s being modest.)

The design team recently won their second university championship, with the addition of a re-generation system that recharges the batteries on deceleration. The goal is to finish a race on a single charge, rather than having to replace batteries during an event, one of the foremost challenges for electric racing bikes.

The University of Sherbrooke students will next be participating in a European student competition, in which the teams must all use the same motor and build according to strict specifications. According to Lebel, a new professional electric racing class is to get underway in 2019.

Check out the EMUS video below to get an idea of the bike's build and capabilities.