Royal Enfield Cafe Racer comes to the US next summer 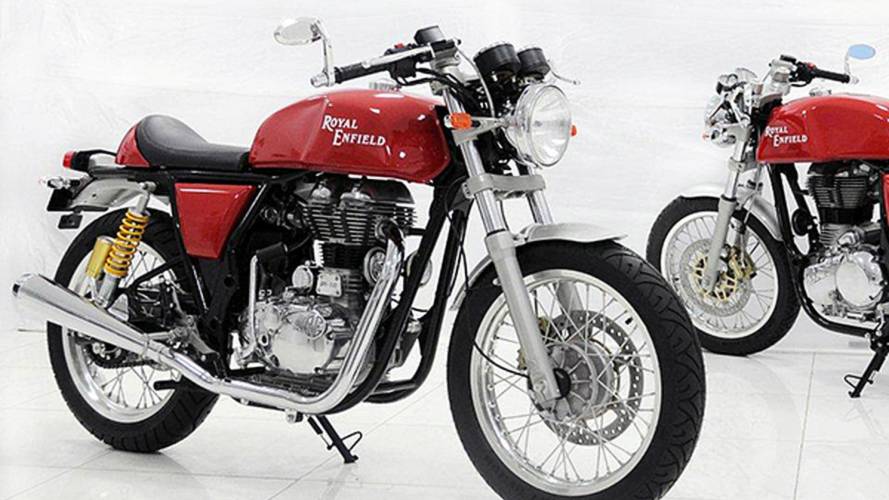 The Xenophya-designed concept will apparently be translated nearly entirely to the production model, with the exception of lower cost Paoli shocks swapped for the concepts fancy Ohlins units.

Power from the 535cc, air-cooled, unit construction single-cylinder is said to be 34bhp and torque should be around 30lb/ft. All-up weight is expected to be around 360lbs and the price just over $7,000.

A dealer in Texas is already taking deposits, describing the bike by saying, "This bike was designed and built from the ground up by cafe experts assisting Royal Enfield. Lets start off with the frame. This is a frame that Royal Enfield custom built for this bike with true dual down tubes, black powder coated frame. The brakes were made across the street from the plant by the good folks at Brembo. The suspension was custom designed and built by Paoli, the fuel injected single was bumped up to a 535cc over the normal 500cc for this bike only. She is electric and kick start, unique tail section that is very comfortable, traditional cafe style tank that has been stretched and narrowed, clip on bars, dual instrumentation, bar end mirros, rear controls (sets), 7" factory headlamp in a custom bucket, and a tuned race pipe!"

The most obvious competition for the Cafe Racer is the Triumph Bonneville. That bikes makes 67bhp and 50lb/ft of torque, but weighs 495lbs (wet). Perhaps troublingly for Enfield, it retails for $7,699 at a comparatively large number of dealers.

The Cafe Racer represents the first all-new design to come from Enfield in 50 years and with looks like these combined with high-quality suspension and brakes, it's an encouraging sign of a new direction for the brand.