We Called It: Yamaha Unveils Bagger 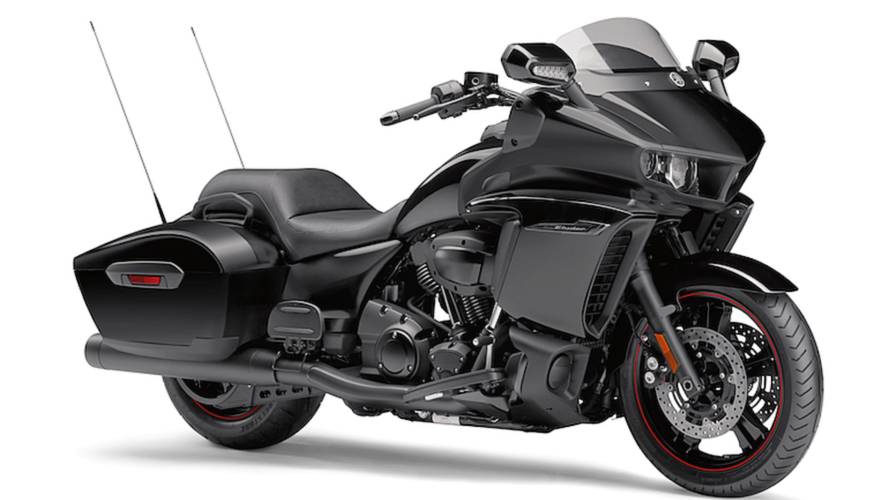 Yamaha pulls the cover off a new luxury touring motorcycle, aiming to make it one of the most technologically advanced in its field.

Last week we speculated that a Yamaha tease of a forthcoming "new model in luxury motorcycle segment" would result in the unveiling of a bagger based on the recently unveiled Star Venture platform; looks like we were right.

READ MORE: What Does Yamaha Have Up its Sleeve? | RideApart

The Japanese manufacturer Wednesday pulled the cover off the new Star Eluder, powered by the same air-cooled 1854cc V-twin found in the Venture. Like its more expensive sibling, the Eluder features Drive Mode settings that adjust throttle response, traction control, a heated seat for the rider and passenger, a fully-featured infotainment system and more.

“We are very excited to introduce the Star Eluder as we further expand our transcontinental touring motorcycle line-up,” said the general manager of Yamaha’s motorcycle group, Mike Doughty (Not to be confused with the other Mike Doughty – CC). “With its aggressive styling and infotainment technology unlike any other motorcycle in its class, it will truly empower riders to elude conformity while experiencing the thrill of the road.”

The Star Eluder features a fancy infotainment system mounted high in the cockpit for maximum visibility. A 7-inch full-color LCD screen displays an array of information. Controlled via touchscreen, handlebar controls or voice commands (via accessory headset and mic), the infotainment package gives the rider access to vehicle system control and data, a range of audio sources and wireless Bluetooth communications options. By integrating vehicle systems into the infotainment console, running data such as the trip computer, remaining fuel range and air temperature can be viewed on-screen, while elements such as the heated seat can be controlled by the rider.

The Star Eluder is built around a hybrid chassis "designed for light, agile handling with confidence-inspiring stability," according to Yamaha. A 46mm telescopic fork features damping and spring rates selected to offer an "ideal balance of bump absorption and high speed handling."

Both rider and passenger can customize their comfort and ride position. Five-position hand levers cater to the rider, while height-adjustable floorboards cater to the passenger. A fully heated seat keeps both the rider and passenger buns nice and toasty. Meanwhile, Yamaha says that providing more air flow in hot conditions and reducing air flow in cold weather was a key element in the development of the Star Eluder. A full-coverage fairing provides ample wind protection, while a short windscreen gives a sense of bagger attitude. Ducted vents inside the lower fairing can be opened or closed to further customize airflow.

A range of infotainment upgrades are available with the Star Eluder GT Option Package, including GPS navigation. A CB radio system can link grandads to other senior citizen road users, while SiriusXM and SiriusXM Travel Link provides satellite music, weather and traffic information.

The all-new Star Eluder will be available in Liquid Silver, Impact Blue, and Raven at Yamaha dealers beginning in early 2018 with a MSRP of US $22,499 for base models, and $23,999 for models equipped with the GT Option Package.