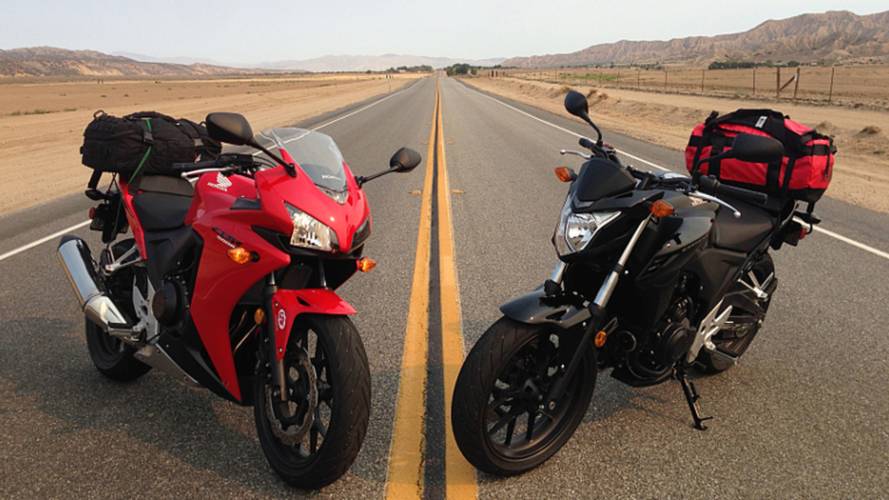 What can we do to make the motorcycles attractive to a new generation of riders? Motorcycle Industry vs. Next Generation Riders

I use the term “we” to cover the entire motorcycle industry, the media and our readers who understand motorcycles and ride on a regular basis.

Right now we are in the midst of the perfect storm. To start with, the motorcycle industry is still reeling from the worst global financial crisis in living memory. Bike sales in 2010 dropped by 40 percent and since then have only recovered slightly.

The experts tell us there’s light at the end of the tunnel, but we are nowhere near out of the woods yet and it’s going to take time to get back on course.

To add to this turmoil, we have an entire generation that knows very little about motorcycles and how much fun you can have with them.

Marketing types like to categorize people so they understand who the customer is, what they want and how they can sell them something. They (the marketing folks) have labeled this group of people born in 1980 and onwards as Generation Y.

As you’d expect with this marketing category there is a whole host of generalizations and random guesswork. But if you can accept all of that, then reading about Generation Y still makes for some pretty grim reading.

We’re talking here about 20-somethings, predominantly with good educations, who are well-informed, but often still living at home with their parents. They have a lot of debt and a low-paying job - if they are lucky. (*Yes, I know there are exceptions to this.)

They don’t read newspapers. They don’t watch TV news. All of their information is sourced from the Internet. They rely primarily on social media and friends for what’s cool and for what’s not. When and how they choose to buy something is more complex than anything marketeers have ever faced ever before.

On top of all of this it seems they have little interest in or knowledge about of motorcycles. This I believe is because we (and I use the term collectively again to include the industry and current bike riders) have not done enough in recent years to promote motorcycles and all of the positive points about riding. Especially not to a coming-of-age audience.

There are some cultural issues here too; in Europe bikes have always been seen as a cheap and easy form of transportation. It is common in Europe for teenagers to buy a bike primarily because they can get a motorcycle license before an automotive license. Here in the U.S. the car is king. Motorcycles in general are seen as more of a hobby, or a weekend pursuit, rather than as a serious mode of everyday transport.

However, motorcycle sales are still declining. You can blame it on the aftermath of the recession but I think that one of the key factors is that there are fewer new riders getting on bikes than ever before. This does not seem to bode well for the long-term future of motorcycles.

Without new blood, the manufacturers will be selling to an increasingly aging and dwindling population, unless something is done now to encourage younger people to get on a bike and ride.

Yet it’s not all doom and gloom. A couple of years ago, Honda was the first to notice that there was something odd going on out there. Not only that it wasn’t selling as many bikes as it would have liked, but it was also not attracting younger buyers into dealer showrooms.

An American Honda rep told me recently that there was a concerted plan within the company three years ago to do something after being confronted with this problem. “At that time in the U.S., Honda had an entry-level 250cc model with the next step up being a 600cc. That, in hindsight, was perhaps too big of a gap for new riders. In the 1960s Honda built its reputation on offering affordable, fun motorcycles. That’s what we’re aiming to do again now.”

Honda, to my mind has so far delivered on its promise to offer bikes that younger people may find attractive. In the past three years, it has launched 11 new models specifically for those type of riders with the emphasis on reasonable cost and ease of use.

RideApart gave the Honda NC700X, the Honda CBR500R, CB500F and CB500X a resounding thumbs-up. We also really liked the Honda Grom and the Honda CTX700 that comes with DCT (dual clutch transmission). The latter particularly is a good example of how Honda is making it easier for new riders by taking away the clutch yet still retaining all of the elements that make a motorcycle fun to ride.

Are any of these going to attract more experienced riders? Probably not in most cases – although those 500s do make a compelling argument – but that was never the audience Honda was after. To the next generation, who is even remotely interested in motorcycles, these bikes represent a realistic proposition for three reasons; they are easy to ride, a lot of fun and, above all, affordable.

Product aside, the next really big stumbling block for the bike manufacturers is actually talking to Generation Y in a language they understand. That’s going to be an even tougher nut to crack as they don’t respond to ads, direct marketing or the conventional hard sell. They do, though, trust endorsements from family or friends and their social media network. They will also seek out expert advice on the Internet before making a final purchase decision.

What can we, as group of like-minded enthusiasts, do right now to make motorcycles and riding attractive to the next generation of riders? If you are a 20-something rider, tell us what turned you on to bikes.

Give us your thoughts in the comments below.