Watch A KTM 1190 Adventure Cut Loose in the Wilderness 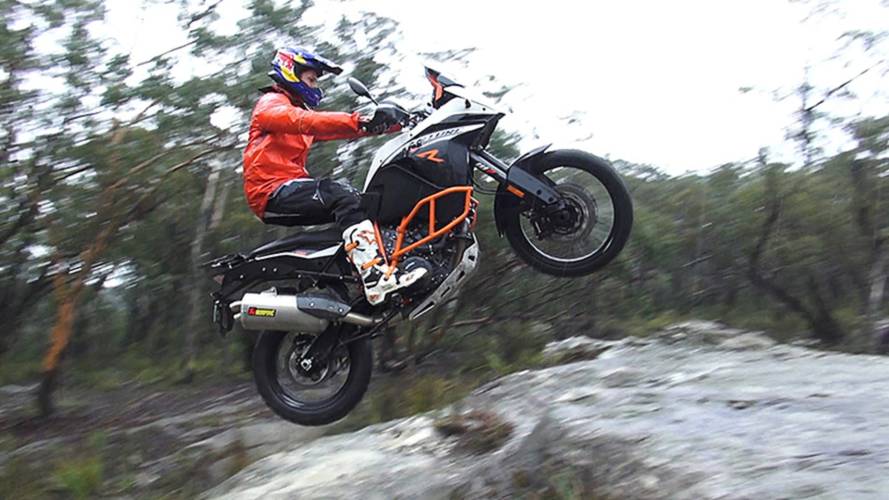 Watch A KTM 1190 Adventure Cut Loose in the WildernessWhat’s better than watching a badass pro rider compete? Watching him thrash around on a KTM...

What’s better than watching a badass pro rider compete? Watching him thrash around on a KTM 1190 Adventure just for fun.

It seems easy because of the guy riding, Red Bull pro rider, Chris Birch. Birch is one of New Zealand’s most badass off-road riders, competing in the US X-Games and taking away the New Zealand Enduro Champion 6 times. He moved onto even more extreme enduro riding, becoming a three-time winner of the Roof of Africa along with grabbing the Red Bull Romaniacs title in 2010. At the 2012 Dakar Rally he finished 26th overall, along with second place for rookies--this was his first time ever at the rally.

In case you don’t get why this video is awesome, allow us to enlighten you. A KTM 1190 is one of the baddest adventure bikes around (unless you're German or a BMW-fan boy, than you may think differently). It's hard to dispute the hardcore performance of an 1190, it's fast, but not easy to ride fast.

MUST WATCH:  Troopers Shoot Biker and End Chase In the Most Chuck Norris Way Possiblee | RideApart

Maneuvering a small-CC dirt bike, wheelieing off rocks, pitching it sideways in the dirt and running up skinny trails is hard, but doing it all on a 500-pound, 1200cc adventure bike is next level difficult.

While this is one of the lightest weight ADV bikes on the market, minus a Ducati Multi­strada and significantly smaller-cc bikes, it's far from light. The 1190 weighs in right around 528 pounds with a full tank of gas and oil (around 490 pounds dry, according to Cycle World). To put that in perspective, a Harley-Davidson Superlow, a V-Strom 650 and Triumph Tiger 800cc, weigh about the same. That may not seam heavy for the street, but it's certainly heavy when you’re thrashing through the woods.

Birch now teaches off-road riding classes in New Zealand, Australia and Western Canada. Can we come train with you Chris?