The 10 Most Common Motorcycling Myths 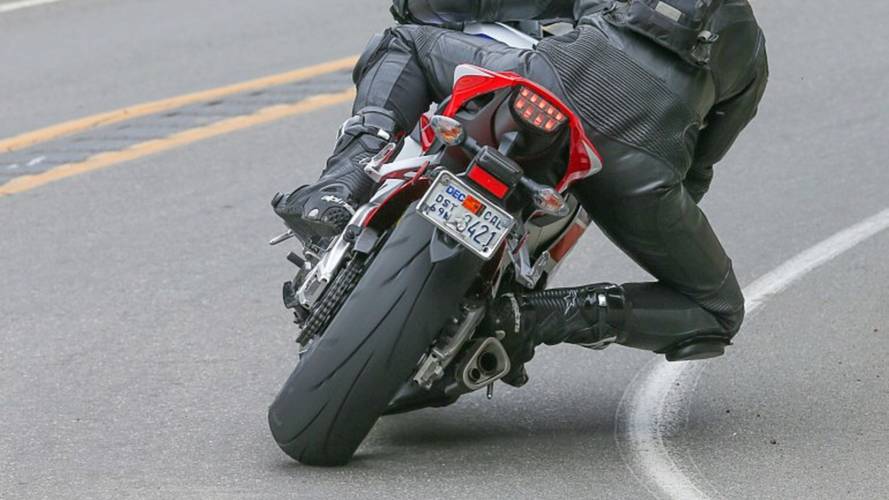 One of my favorite motorcycling groups, New England Riders, recently asked its members, "What are some of the most common untruths that are popular with some riders?" The answers were quite enlightening. Some were the usual suspects, while others I hadn't even heard of before. Here are the top ten answers from this discussion.

No, they don't. Yes, people will know you're there, but you'll also irritate and deafen them in the process. A better move is to install a loud horn that can produce all the noise you want when, and only when, you actually need it. Several European countries are cracking down on loud pipes. Even motorcyclist Arnold Schwartzenegger terminated them when he was Governor of California (story from August 31, 2010, signed into law September 28, 2010).

How a Banjo-Playing Brit Defies the Solo Traveler Myth

I Had To Lay It Down

This one always baffled me. "I had to crash on purpose in order to avoid a crash." Even if a crash is inevitable, ride that motorcycle all the way to the point of impact. If nothing else, you can try to make the crash less severe. We've already ranted about this at length, so I won't rehash it any further.

Never Use The Front Brake

I'm sure this one comes from bicycling, where jamming on the front brake will send you airborne over the handlebars. This is not the case on a motorcycle, which is heavy enough to resist tipping forward this way (unless you make an effort while stunting, in which case some bikes can). Cruisers in particular can get away with using a lot of rear brake, since much of their weight is on the back, but the front brake provides the vast majority of your braking power, so you should use it.

The one exception to this rule is off-road. On a slippery surface, you should favor the back brake, since locking the front wheel will give your bike a dirt nap in a hurry. Ask me how I know. Even then, you should still use as much front brake as you safely can, but favoring the back is fine.

I Can Stop Faster Without ABS

Maybe, but that's not the point. ABS does not help you stop faster. It enables you to maintain steering control under hard braking. A skidding tire has 30 percent less traction than a rotating one, and no steering control whatsoever. Keep it rolling, and you can steer away from a potential crash while jamming hard on the brakes.

Again, I'd make an exception for off-road where locking a tire can stop you more quickly under certain circumstances.

I've been riding motorcycles for 20 years. If you've read my Riding Dirty series, though, you know that I'm a complete newbie when it comes to dirt. Even on the pavement, my abilities plateaued after my first year or two until I did my first non-sportbike track day just a few years ago. Corollary to this myth: You can't teach an old dog new tricks. You certainly can.

Everyone Is Out To Kill Me

This myth is what keeps many people off motorcycles altogether. It's bad enough in a car when some crinkled metal is the worst you'll probably suffer. When you're on a bike you have to watch out for everyone and assume they're going to make the dumbest move they possibly can at all times. That doesn't mean they will, though. Most of the time they don't.

For every idiot who pulls out in front of me without looking, there's another person going slower than I'd like who pulls over and lets me by. Most people are simply indifferent to motorcycles. As long as they see you and give you the space you need, which most of them do, that's fine. Certainly you need to watch out for the few who really are out to kill you, but they are not the majority.

There Are Two Kinds Of Riders: Those Who Have Been Down And Those Who Will Go Down

Odds are, with any vehicle like a motorcycle that is inherently unstable by design, it's going to fall over at some point. I've done it. Crashing is not inevitable, though. There are some super cautious riders who have never crashed. What, exactly, is "going down," anyway? I've had numerous low-speed tip-overs, particularly off-road on my KLR 650, but (knocking on wood) I've never crashed on the street. I hope to keep up that trend for as long as I can.

Riding Gear Is Too Hot

Especially in summer, a lot of people see me in my helmet and jacket and ask, "Aren't you hot?" While stopped, the answer is yes, which is why I take the gear off soon after stopping. Summer riding gear is designed to be well ventilated when you want it to be, though, so when I'm in motion I'm not all that hot at all. It's something most people have to experience themselves to believe, and some who think this way aren't willing to try.

Harley Riders Hate Anyone Who Doesn't Ride A Harley

There are a few elitist snobs out there who look down on people who don't ride The One True Bike (TM). When I say that, I refer not only to certain riders of Harley-Davidsons, but also BMW, Ducati, and pretty much any other brand you can name. The vast majority of riders I've encountered don't care if your motorcycle preference is the same as theirs, including many loyal Harley, BMW, and Ducati owners. That's my favorite part of my local bike nights. More than once a stereotypical grizzled biker dude would roll up on his loud mean Harley, then tell me how cool my nerdy Honda PC800 was.

Honey, I Got The Bike Really Cheap. I Would Have Been Crazy To Say No

There's no such thing as a cheap bike. Either you're going to invest a little money in a solid, reliable bike, or you're going to buy a basketcase and restore it like Small Bike Rescue. You can certainly find an affordable bike, but cheap, not so much. Besides, significant others aren't dumb. They know better.