What patents can tell us about your next motorcycle 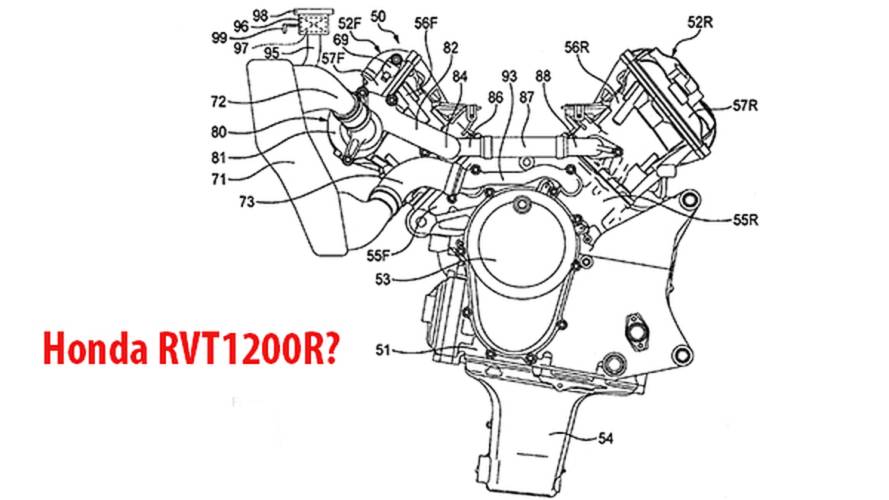 What patents can tell us about your next motorcycleIt used to be that we’d have to wait for spy photos, leaked info or rumor to glean info on future...

It used to be that we’d have to wait for spy photos, leaked info or rumor to glean info on future motorcycles. But now, thanks to publicly available patent archives freely available on the Internet, it’s possible to find real information, directly from the source — the R&D departments at companies like Yamaha, Honda, Kawasaki and Suzuki. Let’s take a look at what they’re working on.

Now before you get too excited, be forewarned that just because a company goes to the trouble of filing a patent application, there is no guarantee that the related technology will ever see the light of day. Some patents die on the vine thanks to technical or legal liability issues, or simply because the final cost is too much for the market to bear. So remember that while many of the following patents are likely to see the dealership floor in some way, at some time, there is no sure way to pinpoint the how and the when.

What is a patent? Wikipedia defines it as, “a set of exclusive rights granted by a sovereign state to an inventor or their assignee for a limited period of time, in exchange for the public disclosure of the invention.” It’s a way to legally claim ownership or exclusive rights to a technology or solution or innovation. Individuals and corporations file them in order to facilitate financial gain. In doing so, they’re then free to incorporate that invention as or into a product or license it to a third party. Some companies base their entire business model around intellectual property, essentially acting as independent R&D firms who then sell rights to the products in patents to large corporations. R&D departments at large companies are prolific in their patent filing, doing so for ideas they plan on developing for market and pie-in-the-sky stuff that some genius cooked up in the lab one day. Even if the latter isn’t used as originally intended, it may have commercial value on another product or at another company.

The big four Japanese OEMs are the most prolific patent creators, with the largest engineering infrastructures and processes. Diving into their approved and pending patents grants a sneak peak into the technology your next bike might include. In order to obfuscate future product plans or simply for simplicity, patents filed by these companies sometimes show generic, old or non-segment products housing the specific invention being filed, so it’s based to focus on the technology itself, not the outline of the bike it’s often shown with.

In no particular order, we start with Yamaha, who has several interesting patents. The first should be instantly recognizable, and not just because it was a concept show bike in 2007. The Tesseract four-wheeled motorcycle… thing uses a similar system to Piaggio’s MP3 to create a multi-wheeled vehicle that leans into turns like a proper bike. What makes this more intriguing is how Yamaha went to the trouble of patenting the concept, complete with a full lean-limiting control system. Chance of production is still pretty slim, especially for sale here in the U.S., but if the Can Am Spyder and the MP3 are any indication, there is clearly a market for these multi-wheeled motorcycle crossovers.

Yamaha also patented a forged piston design that twists the metal stock to create a spiral grain for additional strength, especially against expansion and compression forces against the dome of the piston. Even with all the electronics now available, sometimes metallurgy is the most important part of the motor.

Perhaps the most interesting patent from Yamaha is for a “variable valve device for engine,” which uses a series of finger followers to provide variable valve timing compared to a standard camshaft. The system is rather elegant. Camshafts transfer their usual profile through a pair of followers to the valve tappet. However, one of the followers is mounted on an eccentric cam itself, allowing its pivot point to be changed via electric motor. As the pivot point changes, the geometry of the cam follower system changes (like changing the linkage design on a rear shock). This effectively alters the camshafts effective lift and timing. Thanks to lightweight followers, this system is clearly designed to handle higher revs than typically automotive variable valve systems.

Moving on from Yamaha to Kawasaki, a trend will quickly emerge: variable valve timing is on everyone’s mind. Kawasaki’s newly patented variable system is similar in concept to the Yamaha, using an eccentric to modulate effective lift between a camshaft and the valve tappet. However, the Kawi system uses a very aggressive camshaft similar to something out of a Ducati desmodromic cylinder head moving against a scissor-like pair of sliding surfaces. The end result is a variable system that also minimizes valve loading despite the aggressively shaped camshafts. Kawasaki also brought out patented a variety of other new technologies, from a compact new decompression system to be used in their large displacement cruisers all the way down to a humble, but new, way to mount an oil drain bolt in the sump.

Honda’s engineering might never sleeps, and their patent filings are always the most numerous of the big four. Variable valve technology is again on display, with a refinement of the nebulous “Hyper VTEC” most recently found on the final generation VFR800.

Another system, apparently designed around the space concerns of a large cruiser engine is also available for review. While the VTEC valve design is still built around switching valves to on or off, the V-twin system appears to offer variable control of valve timing though a combination of multiple cam followers combined with a mechanism to switch effective profiles.

Speaking of V-twins, Honda also has a new one of those in the works, featuring a compact cooling circuit with a water pump run off the front cylinder camshaft.

From the MotoGP circuit comes the patent for Honda’s seamless shift technology. Apparently worth several tenths of a second over other quick shifters, Honda’s system uses a splined internal shaft inside the transmission gear stack to engage each gear in turn. Because there are no dogs to disengage and each gear is already spinning its partner, gearshifts happen in milliseconds.

The sound system is just that, a set of speakers that makes an all-electric bike a bit louder to alert pedestrians and other vehicles. I’d prefer to simply blast Nero out the front of my bike, but apparently a lot of hard science goes into making bikes make exactly the right amount of noise. As compared to that annoying riding buddy you have, who gives zero thought into how much noise his bike makes.

The plasma generation system sounds impressive but is actually very grounded and practical technology. Designed to maximize efficiency, a small chamber generates ionized gas and injects it into the intake tracks to improve combustion. The end result is a clean small engine, not a large green ball of weaponized lightning.

Last but not least comes Suzuki, with a pile of new patents that prove that the company isn’t fading away anytime soon. Variable valve timing is again on point, with two systems. The first is very similar to Honda’s VTEC valve switchgear, but the second is system that uses a three-dimensional camshaft to seamlessly adjust valve profiles on the fly. Instead of a single profile camshaft lobe, the 3D cam (above) looks more like a wave. Depending upon where the valve tappet contacts the shape, the cam’s effective timing and lift is altered. By sliding the wave-shaped camshaft horizontally, this contact point can be controlled by a stepper motor. Higher rpm may prove difficult for such a system, however, so this may be heading to a roadster or a scooter before the GSX-R series.

Suzuki’s engine builders have been busy as well, with two all-new motors in patent documents. Judging by the design of full injection systems and engine ancillaries such as air boxes, both of these motors appear to be aimed at the MotoGP circuit, but it would be nice to dream. In particular, it would sweet for Suzuki to take some of their excellent inline-four experience to their MotoGP efforts and maybe build that V-four for the street instead.

There’s a ton of information to be gleaned from the public record, if you are willing to do a bit of digging. If you can’t be bothered, here’s the short, short version: new stuff is still coming, despite the crap economy, and soon, all of your bikes will have variable valve technology and advanced electronics.

All the patents mentioned here are included in the gallery in full. There goes your weekend...