What's Out There: A Snapshot of the Electric Bike Market 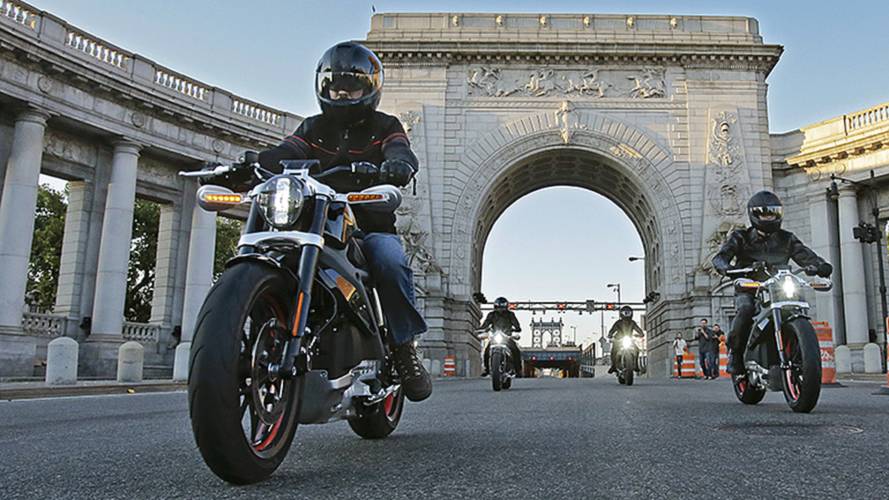 Which electric motorcycles are available to buy in the United States right now?

US Market Not as Diverse as Europe or Asia, but Expanding Rapidly

It seems that just about every other day we get a media release from another company claiming to be cobbling together the funds to start up an electric motorcycle venture. Some are a little more likely to happen than others, of course.

The recent news that Harley-Davidson will indeed – some day – bring its stylish LiveWire project into production was, for example, not much of a surprise. BMW’s C-Evolution scooter remains available only in Europe, but will likely be available in the United States before too long. Like the rest of Japan's Big Four, Honda has shown obvious interest in the technology with the Mugen-developed electric racers for the Isle of Man Zero TT, but as yet no indication of a e-moto for the road. Honda's recent patent application for a gas/electric hybrid trike may be a sign of a plan for the near future.

Yamaha, meanwhile, displayed concept road and dirt models two years ago at the Tokyo show, but has offered little information since. KTM has also shown a desire to enter the market with its Freeride E series. But what about bikes that are actually available right now? An article we spotted recently on GreenCarReports.com breaks things down in more detail but we decided to put together a quick snapshot of the electric market as it stands. At least, as it stands in the United States. Folks elsewhere (like Europe, where the aforementioned C-Evolution and Freeride E bikes are available) will find that what is and isn't available will vary.

By far the best-established electric motorcycle brand in the United States, if not the Western world, is California-based Zero. The company has six different bikes in its line-up, ranging from the $8,495 FX to the $15,995 SR and DSR. The SR gets more power for 2017, new paint job, wider drive belt and a locking tank-trunk. Features include a Bosch ABS system, Showa suspension, and Pirelli Diablo Rosso II tires. Equipped with a so-called "Power Tank" the SR claims a range of 202 miles on a single charge. Though, it should be noted that testing in the European Union is based on higher sustained speeds (Possibly a more realistic picture of actual riding? –Ed.), and as a result, the claimed  range drops to roughly 105 miles (170 km) on a charge.

Making huge strides at the moment, Italy-based Energica is offering three models at the moment, all with a considerably higher price tag than Zero's offerings. Price, it seems, is the greatest challenge facing manufacturers when it comes to establishing widespread acceptance of electric bikes. But in this case perhaps sticker shock isn't as... ah... shocking. The Italians have a long, proud history of asking eye-watering amounts for two-wheeled motos, be they electric- or internal-combustion-engine-powered. Features include a Marzocchi fork, a Bitubo shock, and an onboard DC Fast Charger. The company has offered a "trade-in value plus $6,600" deal to purchase one of its new bikes.

The 95hp Energica Eva street fighter will set you back roughly $34,000. But, hey, you get 125 ft-lb of instant torque; for some, that sort of thing is priceless. For those with deep pockets, the $68,000 Ego 45 supersport promises 145 hp and an arm-ripping 200 ft-lb of torque. All three Energica models promise a range of 118 miles on a charge.

San Francisco’s Alta Motors offers the Redshift MX and Redshift SM, designed for motocross and supermoto respectively. The SM is street-legal and has a top speed of 80 mph.

Another San Francisco marque, Lightning, is arguably the undisputed speed king among electrics, with a top speed of over 200 mph. The bike won Pikes Peak overall in 2013. However, availability is extremely rare and the bikes don't come cheap, running between $39,000 and $47,000.

The pricey Lito Sora is a luxury electric motorcycle featuring a customizable seat position, key-card ignition, leather seat, and a safe-range system that works with GPS to tell whether you will make it to your destination or if you will need to charge. The company claims a range of 124 miles and its 60hp (66.4 ft-lb of torque) bike will cost you roughly $77,000.