Motorcycle Sales On The Rise 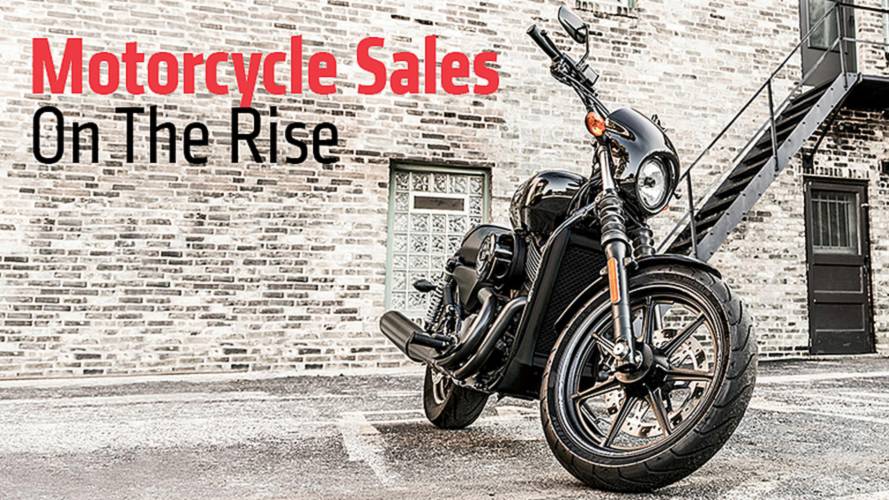 It may not be everyone’s choice in motorcycles, but Harley-Davidson says it’s motorcycle sales figures in 2014 will be better than 2013.

It may not be everyone’s choice in motorcycles, but Harley-Davidson has reported some pretty encouraging financial results for 2013 this week and the company says it’s optimistic for even better figures in 2014.

In 2013, Harley-Davidson dealers sold 260,839 motorcycles worldwide compared to 249,849 the previous year. The U.S market, where two thirds of all its bikes are sold, was up 4.4%, while Latin America 13.1% and Asia Pacific at 9.8% reported the biggest area of growth for the company year on year. H-D is also forecasting selling up to 81,000 motorcycles in the first quarter of 2014, another increase over the 75,222 it actually sold in the same period last year.

These results from Harley come close on the heels of other motorcycle manufacturers reporting they too are starting to see some confidence returning among consumers and motorcycles starting to sell well again here in the U.S.

But remember back in the mid 2000s when the housing bubble burst? H-D was making around 350,000 bikes a year in 2006. Then the economy along with almost everything else went to hell in a hand basket.  Sales of all motorcycles, which are seen by many as a discretionary spend rather than a necessity, tumbled along with the broader economy.

It finally bottomed out in 2010 when H-D shipped 210,494 bikes to its dealers, which was some 40 percent fewer than four years previously. Clearly something needed to be done and quickly.

So what happened was that H-D’s management seized the initiative and went to work. On the face of it, it looked highly likely that they might not actually be able to turn the ship around. First thing to go was the Buell brand followed by MV Agusta. Then the implementation of an ambitious restructuring program that saw it finally come to an agreement with wage concessions with its union workers at its facilities in Milwaukee, Kansa City and York. This and a flexible working program that allowed the company to ramp up production saved the company $310 million alone in 2013.

That confidence has a knock on effect for the rest of the industry here in the U.S. where H-D ultimately is the biggest player.

But it’s not just good news coming out of Milwaukee. BMW and Honda are significant industry stalwarts around the world and in the U.S each reported big sales improvements in 2013.

Ultimately this is all good news for every single one of us that rides and likes motorcycles. While the motorcycle industry as a whole has not quite turned the corner just yet, there are some encouraging signs that the global economic slump we’ve all just been through may finally be coming to an end.