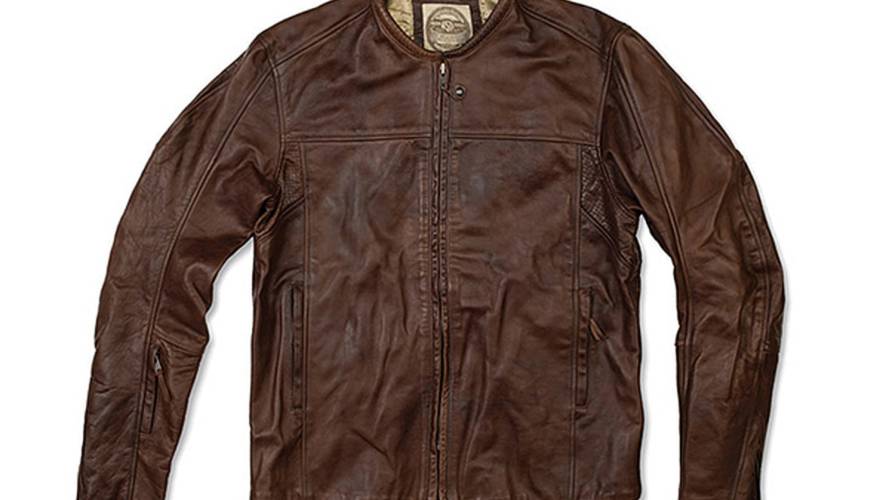 Ran into Roland Sands at Anaheim Supercross the other night and complemented him on the jacket he was wearing. It was simple, obviously well made, looked nicely broken in and had some very subtle design touches made from perforated panels. Turns out it's his newest product, the RSD Barfly, and he'd just crash tested it, walking away without a scrape thanks to the proprietary Forcefield Armor.

The Barfly is constructed from the same 1.1-1.3mm, top grain cowhide leather and subjected to the same four-day hand waxing and dying process as the popular Ronin, but simplifies that model's design even further.

It's that quality that makes the RSD jackets stand out, but also the way in which each one breaks in and wears individually to form its own, unique patina. They look good on the rack, but spot one one someone who's had it a few months and there's so much texture and character its virtually unrecognizable as the stock jacket.

Elevating the Barfly above utter simplicity are those subtle perforations under the shoulders and on the sleeves. There's no external logo with the exception of a small, black-on-black "Roland Sands" on the left sleeve. Classy.

Like other jackets in the RSD range, special-made, CE-approved, Forcefield armor can be purchased separately to fit the included pockets in the elbows, shoulders and back.

Clever touches come in the form of large, elasticated pockets inside the satin lining, large enough to hold a spare visor, baseball cap, gloves or assorted odds and ends like that. The cut and profile itself is inspired by vintage dirt track leather racing shirts. The Barfly is one of those jackets that'd be killer just wearing around off the bike, but will work well on it too.