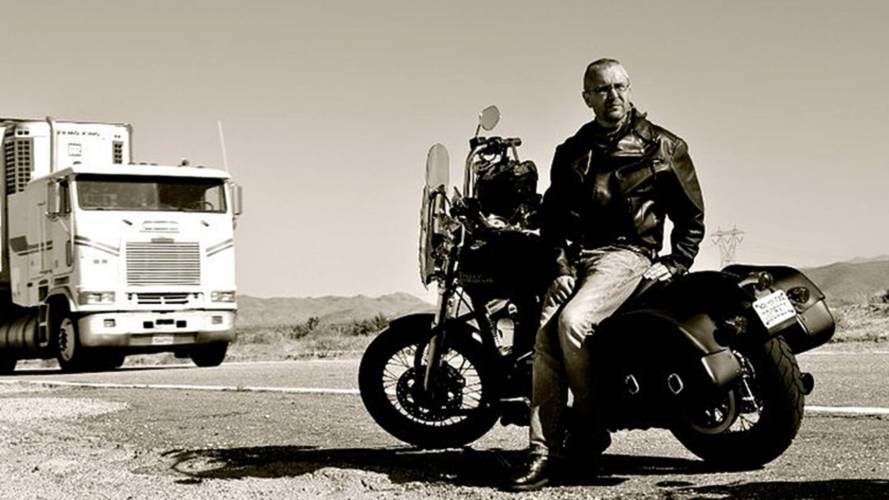 For some reason the motorcycling gods were definitely against me and for a time, I definitely lost my motorcycle mojo and rode like an idiot.

After riding for more years than I care to remember I lost my mojo this past week. I’m not talking about some odd religious belief, or a weird perversion. Nor was it a good luck charm that fell off my key ring.

For some reason that I still can’t fathom the motorcycling gods were definitely against me and for a time, I definitely lost my motorcycle mojo and rode like an idiot.

Now, I’ve had off days before when things have not gelled quite right. These have ranged from my losing focus and nearly getting wiped out by a 18-wheeler truck as I moved over into his lane, to simply coming to a halt on my driveway and forgetting to put the kickstand down resulting in my motorcycle and I lying on the ground.

I’ve had days too when insects have hit me in the face like a hail of bullets. I’ve burnt the inside of my calf on a hot exhaust and spent hours looking for my bike keys at a shopping mall when they were in my pocket all along. There have been times when I have been so focused on riding that I’ve not bothered to check my gas gauge and rolled to a spluttering halt at the side of the road.

I’ve sat at intersections waiting for the light to go green and then just remained there revving the engine as hard as I could as I’d forgotten to put the bike into gear, while frustrated car drivers behind me honked their horns.

There was a particularly memorable occasion for me when I left my bike in a huge parking structure just before Christmas one year and could not for the life of me remember which floor I had left it on. I can tell you that there were 12 levels and that each hold 450 cars and because the elevators weren’t working I had to go up and down the stairs for 20 minutes searching for my bike.

I’ve kicked-started an old bike until I was scarlet in the face and missing most of the skin off my shin. Yet I still couldn’t get the darned thing to start. It was only after walking away that I remembered I’d forgotten to turn the gas tap on. I’ve done something pretty horrendous things too to an oil filter too while changing my oil, which even today I am too embarrassed to publicly talk about in detail.

Last week though it was a little different. I needed to be Los Angeles and I was running a little late. Before I’d got anywhere near a bike I dropped my favorite crash helmet leaving a deep half-inch scar. In theory I should have left it and found another one and never worn the other one ever again. But I didn’t.

To make maters worse, the previous day we’d had gale force winds pass through Orange County, CA and a lot of the side roads were littered with trash and fallen tree branches still lying in the road. It’s hard enough riding in this part of the world with the crazy traffic but these additional obstacles just made it even harder.

I noticed from the outset I was really tense on the bike. My shoulders were hunched up and my hands were gripping the bars far too tightly causing my fingers go numb and making controlling the bike even harder. This all happened before I’d even got off the side roads and onto the freeway that runs close to my house.

I fluffed gear changes and lugged the engine when pulling away at intersections. I wasn’t checking my mirrors properly and I seemed to be fixed on looking at the car in front and nothing else ahead or around me. I was riding like a complete lummox and what I should have done right then is turned the bike around and headed home.

But I’m stubborn as well as stupid and I had a meeting to go to. So I continued riding. All that happened was that I rode even worse. I was hesitant in taking turns. I was on and off the throttle, which made the bike jerky and I was snatching at the front brake lever to try and slow myself down. In truth at that moment I was an accident waiting to happen.

I’m not an outstanding rider but I’ve have ridden long enough and far enough over the years to know when I am in trouble. I’d never experienced anything quite like it before. Eventually I decided it was best to park the bike as I realized I could get myself into serious trouble and potentially hurt myself or someone else. I got off the bike and went and drank a cup of coffee and waited for half an hour.

When I returned and got on the bike things were back to normal again. I had lost the jerky movements and vice-like grip on the bars. I was once again straight into my familiar riding groove. I have absolutely no idea what was going on that morning. All I can think is that for a few hours I had lost my motorcycle mojo. I was riding like a fool.

Have any of you ever experienced this phenomenon or is it just me?