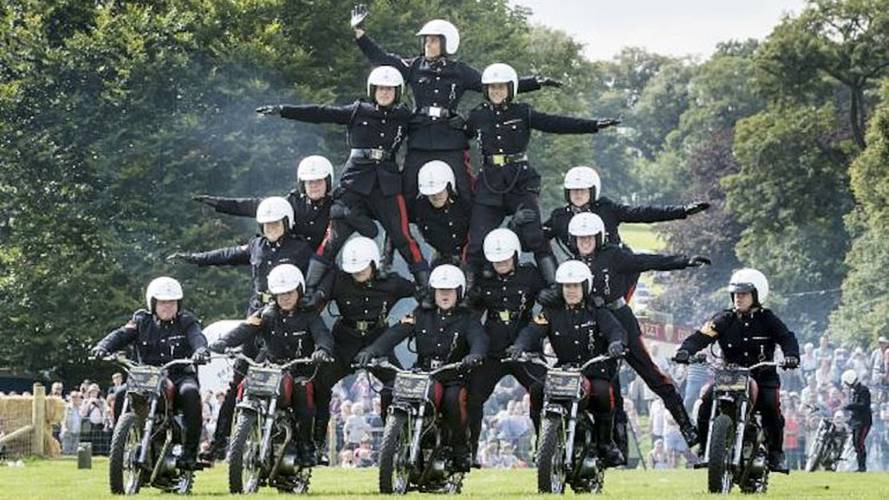 According to the BBC, the team performed two displays at Fulwood Barracks with a salute to HQ North West Deputy Commander Philip Harrison.

"This is the final time ever that we will have the opportunity to experience the breathtaking skills of the White Helmets motorcycle display team,” Harrison said. "Formed originally from Royal Signals dispatch riders, they have entertained millions of people over nine decades and done wonders for the Army's recruiting.

Many military veterans attended the ceremony, including 101-year-old Walter Pritchard and 94-year-old Lewis Banham, both of whom were dispatch riders for the Royal Signals during the Second World War. Banham had performed with the White Helmets at Madison Square Garden when he was on active duty, and expressed his disappointment at their disbanding.

"It's been fantastic and unlike any other role in the Army. We perform all over the country, meet lots of members of the public and ride in arenas filled with thousands of people,” said Ryan. "Before this part of my career I'd never really been interested in motorcycles or motorsport, it was just something I wanted to test myself at. It's been a real honor to be part of the White Helmets and it's very special to be doing our last public show in Preston."

"The Royal Signals has come a very long way since those formative days using motorbikes to carry messages across the battlefield,” said an Army spokesman. "In this digital age, the Corps uses cutting edge communications technology to carry out its vital work, including in cyber capabilities, with highly trained personnel at the helm operating it.”