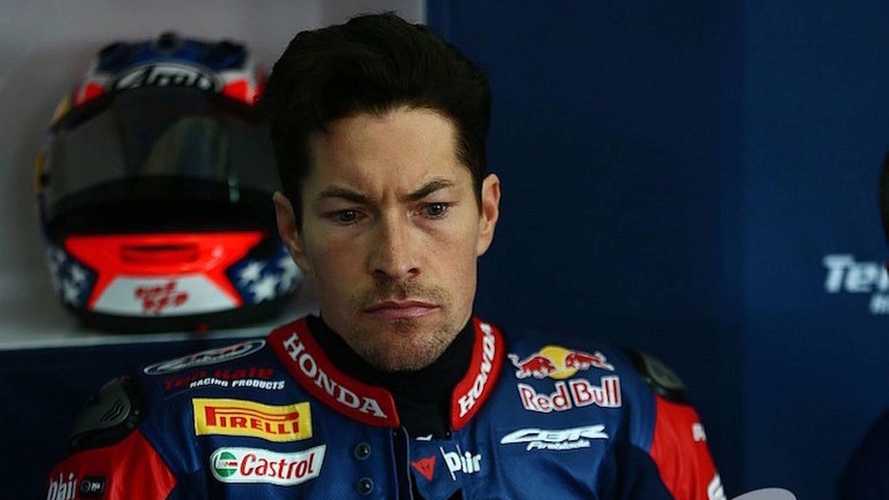 Kentucky native and former Moto GP champion Nicky Hayden has died after succumbing to injuries suffered in a bicycle crash.

Nicholas “Nicky” Patrick Hayden, Honda World Superbike racer and 2006 MotoGP World Champion, died Monday from injuries sustained when hit by a car while riding a bicycle on 17 May. He was 35.

Hayden was born on 30 July 1981 in Owensboro, Kentucky, into a family of avid motorcycle and race enthusiast. Hayden's parents would take him and his siblings racing every weekend, with his father often driving home through the night after races and occasionally putting race expenses before other bills. Nicky’s family made major sacrifices that led to him and his brothers, Rodger Lee, and Tommy, also having the incredible careers.

That's not to say Nicky Hayden lacked anything in terms of incredible talent and skill. Even as a kid, Hayden showed immense promise, often racing against competitors years older than him. For a time he was forced to start his races from the back of the grid because he needed his dad to hold the bike’s tail at the start, the young rider not yet grown enough to touch the ground. Starting off in the Central Motorcycle Roadracing Association before having a very successful dirt-racing career, the Kentucky Kid, as he would later become known, would step up to racing factory superbikes (RC45s) for Honda while still in high school. In 1999 he won the AMA Supersport Championship before graduating to the Superbike class in 2001. In 2002, he won the legendary Daytona 200, thereby becoming the youngest-ever AMA Superbike Champion.

The following year, Hayden would get the call from Repsol Honda offering him a seat aboard the team's legendary RC211V machine in the premier class. Hayden had reasonable success in his first three seasons but it was during his fourth season in MotoGP that he would clinch the World Championship away from a former teammate: Valentino Rossi. He spent another eight years in the premier class before returning to the WSBK Championship.

While Hayden will surely be remembered for winning a MotoGP Championship, he’ll equally be remembered as an upstanding and genuinely good person off the bike. Even through his rise to stardom Hayden never seemed to lose sight of his priorities or who he was. When he won his home GP in 2006 at Laguna Seca he couldn’t have been less interested in the congratulations of A-listers vying for his attention, instead taking his father on an impromptu victory lap around the technical circuit.

Hayden was engaged to be married on 17 May 2016, exactly one year before being struck by a car in Rimini, Italy, while riding his bicycle. Hayden was rushed to the hospital where he spent several days in an induced coma before finally succumbing to his injuries.

He leaves behind his fiancée, his mother and father, two brothers and two sisters. Hayden spent his life doing what he loved and was extremely successful in the process. As the most recent American to win a MotoGP Championship Hayden was a hero and role model to many. When he was first injured in Rimini the outcry of support for Nicky and his family from the motorcycle and racing communities was enormous. It’s clear he touched the lives of a lot of people in his years of racing and he will be truly missed.

Hayden reminded people to strive to be the best version of themselves they could be. He’s unquestionably what sports commentators call a "class act."