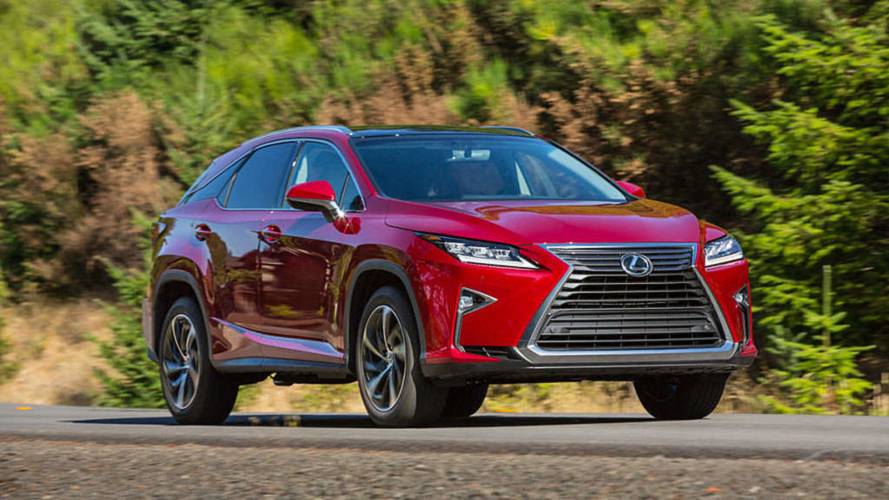 The boldest—and potentially riskiest—redesign of the year: that is how to describe the all-new 2016 Lexus RX.

The all-new 2016 Lexus RX: the boldest—and potentially riskiest—redesign of the year. As the sales leader in the class it helped create, as well as Lexus’ best selling model, getting this luxury crossover right was imperative.

When the RX300 debuted in 1998 it heralded a new concept: a car-based luxury SUV. For a long time, the RX held a third of the entire market segment it had created, but by last year a burgeoning field of competitors had chopped the Lexus’ market share in half. Also, the RX buyer demographic had typically skewed female, and the company saw the opportunity to get a more balanced group of owners by giving this fourth generation the most audaciously, aggressively male sheet metal of anything it competes with. While it seems very radical right now, considering our postmodern age, the RX will probably appear fairly mainstream in 24 months.

Knowing how successful other recent F Sport trimmed models have been, Lexus has now made this package available on both the gasoline RX350 and hybrid RX450h. Different spindle grill inserts, wheels and other trim differentiate the F Sport’s exterior. Inside it gets its own-more supportive-seats, unique metallic trim and color combinations. The non-F interior is equally attractive, especially with the Luxury package’s finer leather and Yamaha-manufactured wood, which is inlaid with aluminum strips. All versions have upgraded moldings and generally very attractive architecture and materials. There’s more interior room, and the infotainment screen has been moved closer to the windshield to decrease how long it takes the driver’s eyes to focus on it.

Unfortunately the system’s track pad controller still allows an icon to dart pell-mell over either the standard 8-inch or optional 12.3-inch display, which is a slower input method than the Germans’ wheel-based ones. At least there are now more short cuts to commonly used features and an optional head up display. Additionally, the optional Mark Levinson sound system remains a true bargain in the world of overpriced audio hifi, and Lexus has bundled pre-collision warning, all-speed, radar-based cruise control, lane departure assist and “intelligent” high beam lights into one suite of systems.

To drive, the 2016 doesn’t stray far from the outgoing RX formula of a quiet, refined ride, benign handling and a smooth, torquey powertrain. A more solid structure and bigger anti-roll bars combined with softer springs to preserve the traditionally lovely Lexus ride, yet the RX handles better and has more direct steering. There is a slight amount of ‘head toss’ over certain bumps from those big ‘bars, but overall this is an excellent chassis balance. If anything, the F Sport’s is even better, as its sophisticated, adjustable dampers give more bandwidth (and more control over vertical motions) than the normal model’s units.

The new RX350 is also faster, as its 3.5-liter V6 now has direct injection and produces 25 more horsepower, for a total of 295. The variable valve timing is also more sophisticated, so the torque band is wider, though peak output only increases slightly. Another upgrade is that all gasoline models now have an eight speed automatic transmission (previously only the F Sport was so equipped) whose wider ratio spread makes the Lexus sprint harder out of the hole yet get the same or better fuel economy despite the new models’ extra 150 or so pounds of mass.

There is a drive mode selector on all new RXs- what parameters it controls vary between normal and F Sport models, as well as gasoline and hybrids. Speaking of the RX450h, it still uses nickel metal hydride batteries (for cost and long-term reliability reasons) but they are smaller yet more powerful, and total system output is now 308hp. The machinations of the hybrid’s CVT-type gearbox is better managed too, making this 30mpg-capable machine more pleasing in normal use.

As radical as the 2016 RX looks, it still has all the Lexus attributes that have made it a pillar of the company’s success: comfort, quality materials and the right technologies. Combined with its new, much more assertive look and its greater emphasis on driver involvement, it should keep the most loyalists happy and bring new customers to Lexus.

Here is what Lexus has to say.